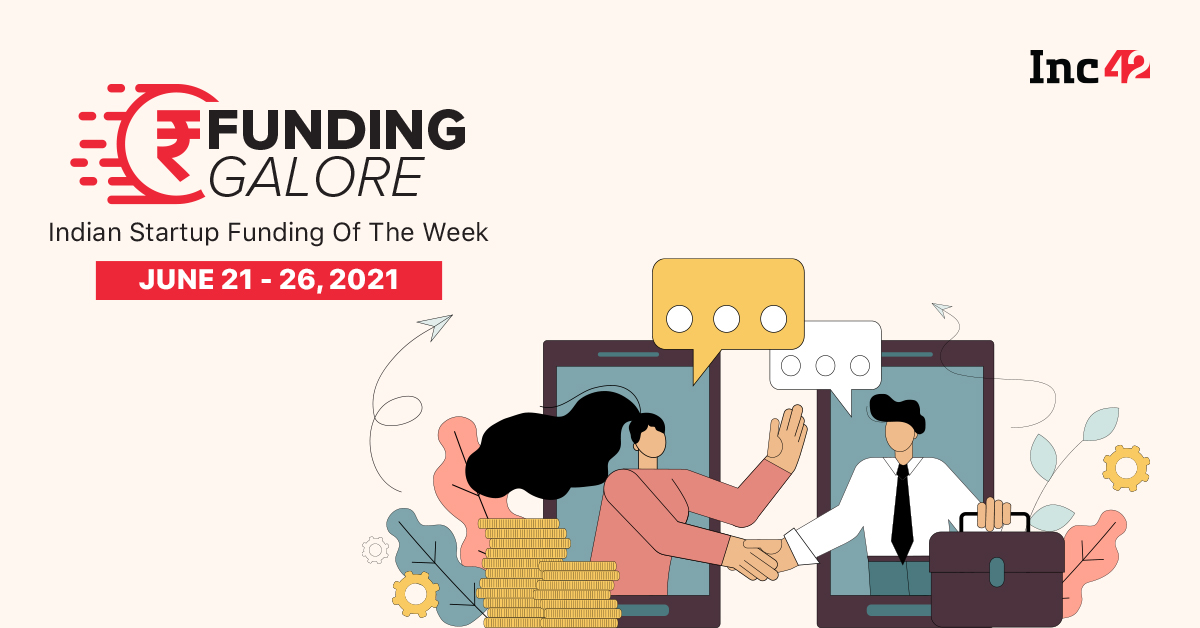 PharmEasy has acquired a 66.1% stake in diagnostics chain Thyrocare

This week, edtech startup Classplus led the line when it comes to Indian startup funding, closely followed by edtech giant BYJU’S, which got more fuel to expand its empire.

Founded in 2018 by Mukul Rustagi and Bhaswat Agarwal, Classplus enables educators to streamline communication, launch cohort-based live courses, and manage student communities via the platform. It also helps them deliver their live lessons, automate their daily tasks, run student engagement programs along with building and marketing their online courses.

Bengaluru-based edtech giant BYJU’S, which recently earned the tag of the highest valued startup in India after touching a valuation of $16.5 Bn, raised $50 Mn from IIFL’s private equity fund and Maitri Edtech. BYJU’s has been on a funding spree since 2020, raising more than $1 Bn from large hedge funds, PE firms, and venture capital funds in the last one year. According to the company’s registrar of companies (RoC) filings, IIFL’s PE fund is said to have $35 Mn, while Maitri Edtech has invested the rest $15 Mn.

Now here’s a look at some of the acquisitions and buyouts that made the headlines this week, including the massive PharmEasy-Thyrocare deal.

PharmEasy’s parent company API Holdings Ltd has acquired a 66.1% stake in diagnostics chain Thyrocare for INR 4,546 Cr (roughly $600 Mn), as per the company’s announcement on Friday, June 25. API Holdings will make an open offer for an additional 26% stake through its subsidiary Docon Technologies. Thyrocare chairman and managing director Dr A Velumani will acquire a minority non-controlling stake of less than 4.96% in API and will invest INR 1,500 Cr in the company.

Thyrocare is a publicly listed company with a market cap of INR 7,660 Cr. PharmEasy raised $350 Mn at a valuation of $1.5 Bn in April this year to become a unicorn. Thyrocare’s shares were trading at INR 1,450.35 at the day’s close, before the announcement was made. The company’s share price has risen 187% over the past one year. The deal is subject to regulatory approval and has been finalised at a discounted price of INR 1,300 per share.

Bengaluru-based Trxiea was founded by Renju Balu and Trib Kharkwal, who will now be part of the treasury management solutions team at Eka Software, which is being led by Devanshu Bhatt, former India head of ION’s corporate treasury group.

Gold loan company Muthoot Fincorp has picked up 54% stake in Hyderabad-based rental collection startup Paymatrix by buying out existing investors as part of its added focus on the digital payments segment, according to reports. The company acquired equity shareholding in PayMatrix through a combination of primary and secondary investments

“This investment in Paymatrix will help us extend our existing lending business by giving us a competitive edge in terms of expanding our product offerings and make a foray into new markets and new customer segments,” said Muthoot Pappachan Group chairman Thomas John Muthoot.

Real estate tech startup CareerSocially has announced that it is acquiring Bengaluru-based property discovery portal Housingman. The acquisition will help Noida-based CareerSocially to expand its portfolio of sales and marketing solutions for real estate developers. The platform enables property developers to bring in automation to their customer outreach efforts and lower their cost of sales.

Startup And VC Funds This Week

Mumbai-based early stage venture capital India Quotient has announced raising $64 Mn for its fourth fund, which has reached its final close. The fourth fund was launched in Feb 2021 with an aim to build a corpus of $80 Mn from domestic and global allocations. The domestic leg was hugely oversubscribed and the fund is in discussions with global investors for the rest of the money.

The closure comes after the founding duo of Madhukar Sinha and Anand Lunia have completed 5 successful career investment cycles till date. The fund has been raised from top family offices and other institutional investors in India. Founded in 2012, the VC has backed startups like ShareChat (now a unicorn), SUGAR  Cosmetics, Lendingkart, PagarBook and more than 80 early stage startups over the last 8 years. The fund has returned the principal investment on its previous schemes to investors.

D2C eyewear brand Lenskart has launched Lenskart Vision Fund wherein the company plans to invest up to $2 Mn in each of the selected startups that are synergistic to the eyewear, eye care and omnichannel retail sectors. In addition to the infusion of capital, select startups will benefit from Lenskart’s market access via 700+ retail stores and online channels across India, Singapore, Middle East, and the US.

The investment by Lenskart in these startups is also inclusive of mentorship by Lenskart’s senior leadership team. Since the initiative is designed to help startups scale, Lenskart will select early-growth stage ventures with clear in-market evidence of traction and customer adoption.