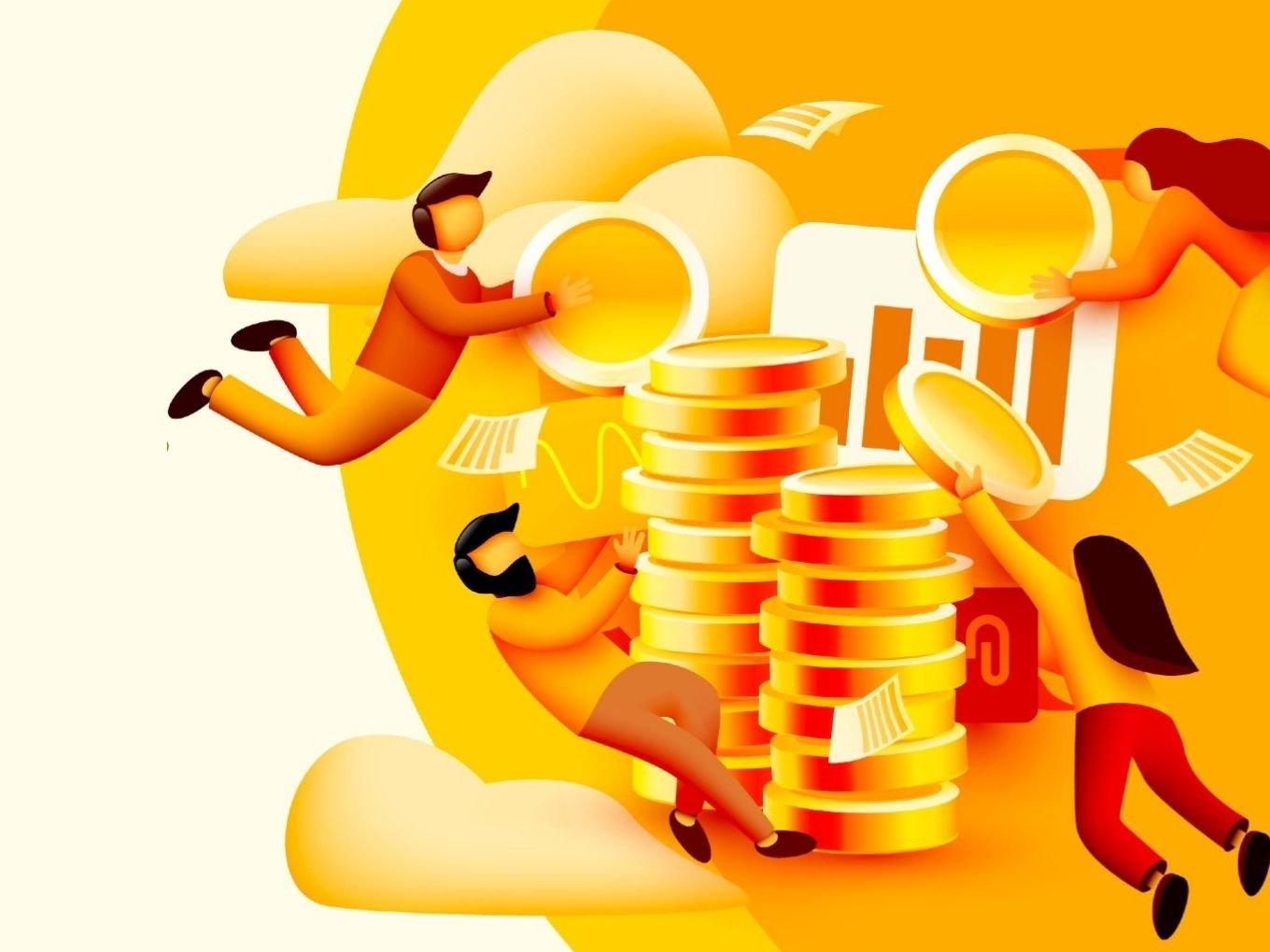 Even as the country continues to suffer the brunt of the COVID-19 pandemic, Indian startups continued their bullish run in the first month of 2022. An Inc42 analysis found that home-grown startups raised over $4.6 Bn in funding between January 1, 2022 and January 29, 2022. This represents an increase of 5 times compared to January last year. As many as 196 deals were struck throughout the month. This translated into an 87% increase in the number of deals compared to January last year when it was just 105. Enterprisetech led the pack in terms of maximum deals signed in the month of January, 2022. The segment saw 48 deals come to fruition and was followed by fintech with 30 deals. The ecommerce segment came third with 29 deals in its kitty.

In terms of capital inflow, the consumer services segment emerged as the winner, bagging $945 Mn. It was followed closely by ecommerce which saw $865 Mn pumped into the segment. Enterprisetech too saw hefty capital inflow which was pegged at over $710 Mn. 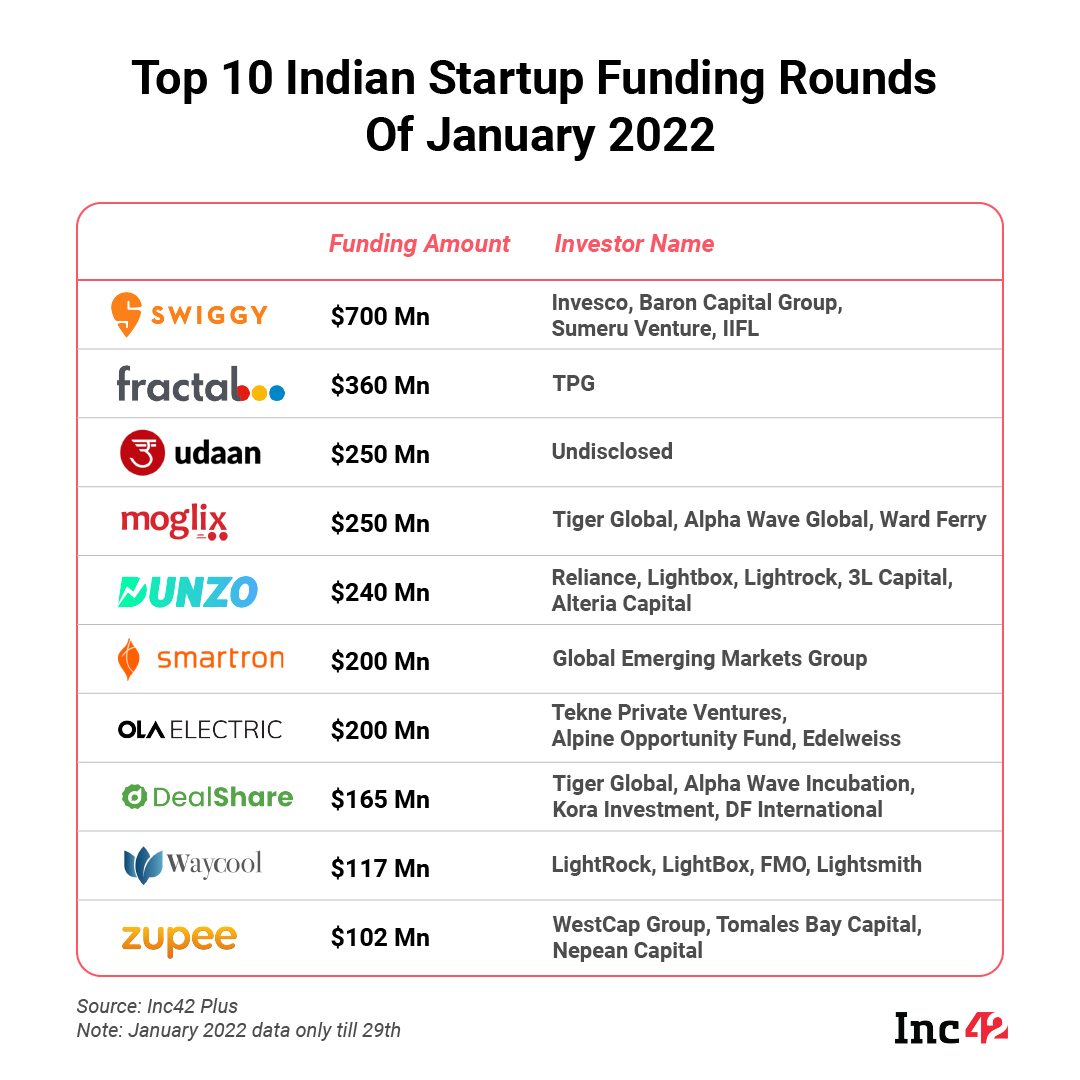 While 42 unicorns were minted in India in 2021, brisk funding helped continue the trend well into 2022. The startup ecosystem saw the emergence of 4 new unicorns in a spate of just 4 weeks this year. These include edtech startup Lead School, Analytics startup Fractal, HRtech startup Darwinbox and social commerce startup, Dealshare.

The Indian startup ecosystem continues to draw global VC firms with major investments coming its way. New York-based Tiger Global continues its aggressive run in the Indian market, adding a slew of startups to its portfolio. Last year, Tiger Global invested in 8 out of 13 Indian unicorns. This year too, the VC firm participated in the funding round of newly minted unicorn, Dealshare. It also led the $250 Mn funding round for Moglix along with Alpha Wave. Add to that, major VC players like LightBox and LightRock also jumped into the fray participating in 2 funding rounds this month itself. The two banded together in backing mobility startup Dunzo and Agritech startup, WayCool.

Majority of the funding deals, this month, went to early stage startups. Seed funding grabbed 96 deals – the highest, this was followed by growth stage startups, which snapped 49 deals. Lastly, Late Stage startups inked 30 deals and Bridge Stage startups won as many as 21 deals this January.

Of the total amount raised in January 2022, almost 65% (over $2.9 Bn) went to late stage startups. It was preceded by growth stage startups that picked up almost $1.3 Bn in funding during the course of the month. Despite COVID-19 battering the economy, the Indian startup ecosystem continues to perform exceptionally well. This shows that the investor sentiment is exceptionally high and the trust in the innovative spirit of the home-grown brands continues to grow.

The post 4 Unicorns, $4.6 Bn Funding In January: Indian Startups Kick Off 2022 With A Bang appeared first on Inc42 Media.

Will Walk Cautiously Until Indian Govt Comes To Its Senses: Tim Draper

Indian Startups Are Becoming Unicorn One Year Faster In 2021