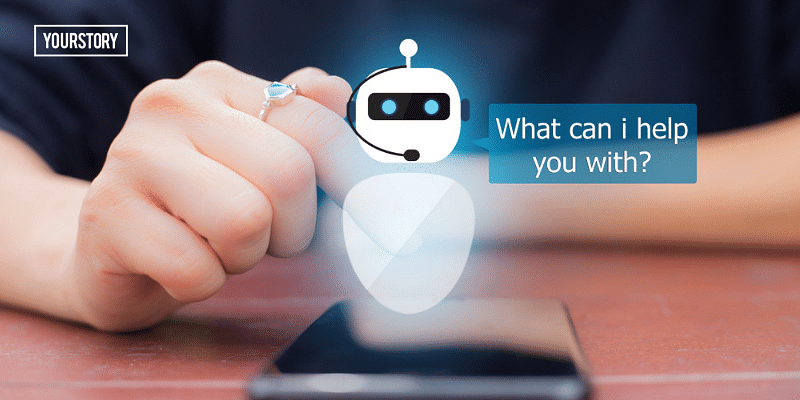 Owing to the pandemic, the inability to have one-on-one conversations with customers led businesses to adapt artificial intelligence (AI) and cloud-based customer engagement platforms for seamless customer experience. Players across industries are increasingly using smart bots to transform customer engagement.

According to Markets and Markets, the global conversational AI market is expected to be worth $18.4 billion by 2026 from $6.8 billion in 2021, growing at a CAGR of 21.8 percent between 2021 and 2026. The market is constantly growing and evolving and is currently dominated by Big Data and Natural Language Processing (NLP).

AI-based chatbots allow for the monitoring of and automation of personalised customer experiences at scale, and have proved to be pivotal in the optimisation of communication across industries.

Today, we take a look at some of the major startups revolutionising the AI chatbot industry.

Founded by IIT-Bombay alumni Beerud Sheth, smart messaging platform Gupshup is headquartered in the Silicon Valley, with a presence in India. It enables customer engagement through conversational messaging. According to its website, Gupshup powers over six billion messages per month.

The conversational messaging startup entered the unicorn club in April last year. It is backed by marquee investors including Tiger Global, Think Investments, Harbor Spring Capital, Fidelity, and Malabar Investments, among others. In an earlier interview, Beerud said:

“We (Gupshup) are just focused on building a sustainable, viable, and profitable business for the long term, rather than scaling up in unprofitable ways.”

Earlier last month, Gupshup acquired Singapore-based cloud communication startup Knowlarity Communications and New Jersey-based Dotgo. Back in 2020, Gupshup recorded an annual revenue run rate (ARR) of close to $150 million. As last reported by YourStory, the company is working on product development and is exploring opportunities to further expand its business.

It boasts of more than 50 clients including the likes of SBI Card, HDFC Bank, ICICI Bank, RBL Bank, Axis Bank, Nestle, Bosch, Bajaj Auto, and LIC Housing Finance, among others.

Senseforth.ai was selected by the Indian Government to build chatbots and voice assistants for its official app platform Umang, last year. Additionally, it is also a part of Cisco India’s accelerator programme, Cisco LaunchPad.

Going ahead, Senseforth.ai is on a mission to capture a larger market share in APAC, Europe and North America, targeting businesses in the retail, FMCG, healthcare, edtech, and BFSI sectors.

Founded by IIT alumni Nikhil Gupta and Aniket Bajpai, LimeChat is an AI-based chatbot that helps D2C brands improve their websites by leveraging mediums like Facebook Messenger, Instagram, and WhatsApp.

Launched in March 2020, LimeChat is headquartered in Gurugram and claims to help clients provide human-like shopping experiences on chat mediums.

As last reported by YourStory, with a SaaS (Software as a service) model, LimeChat works with more than 25 D2C brands across the globe. It is backed by Stellaris Venture Partners, Pi Ventures, Flipkart’s Kalyan Krishnamurthy, Udaan’s Sujeet Kumar, and Deutsche Bank’s Dilip Khandelwal, among others.

It had raised an angel round from Titan Capital, in addition to a seed round of $7,50,000.

Enterprise conversational AI platform Haptik was founded in August 2013 by Swapan Rajdev and Aakrit Vaish. The Mumbai-based startup’s 87 percent stake was acquired by Reliance for Rs 700 crore in 2019 and has been known as Jio Haptik Technologies ever since then.

The startup builds chatbots for companies to deploy on their websites, applications, and other platforms with the use of AI, machine learning (ML), and NLP.  Last year, Jio Haptik Technologies launched Interakt – an app enabling SMBs to manage businesses on WhatsApp.

This was announced right after a company top official revealed that it was tripling business on a year-on-year basis.  Haptik works with customers including Dream11, Lenskart, Ola, OYO, Pepperfry, and Eureka Forbes, among others.

Bringing Your Story with Shradha Sharma

‘When one is starting a new brand, digital is the best bet’—20 quotes on digital transformation

Meet new Union IT Minister Ashwini Vaishnaw, who is a former IAS officer-turned-entrepreneur and alumnus of IIT Kanpur, Wharton