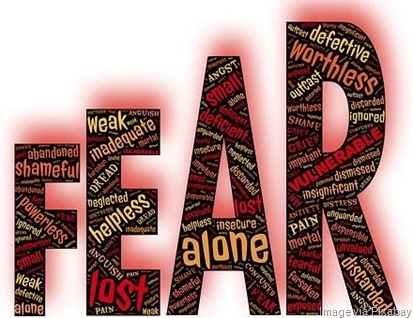 In working with entrepreneurs and other business people over the years, I often hear stories of entrepreneurs who were so close to success, but somehow let it slip through their fingers. They could always give a rational excuse, like the market changed, but somehow it seemed that they were actually afraid of success, so they subtly undermined their own efforts.

I couldn’t really believe that anyone would be afraid of success, until I read the classic self-help book by Patrick Daniel, “Finding Your Road to Success.” This is billed as a must-read for any entrepreneur who needs a shot of optimism. Relative to my suspected entrepreneur fear of success, Patrick outlines six rationales that my positive-thinking mind would never even consider:

Ironically, these “fear of success” rationales are often restated by entrepreneurs as a somewhat less embarrassing, equally deadly, “fear of failure.” Fear of failure in generally recognized as one of the strongest forces holding entrepreneurs back. Yet failing in a startup is practically a rite of passage, according to investors, as well as successful entrepreneurs.

Overall, I would suggest that if you let your fears control your actions, you probably have a hard and unhappy road ahead as an entrepreneur. Most successful entrepreneurs are not fearless, but they know how to transform these fears into positive actions rather than negative ones, and they take every failure as a positive learning experience.

I assure you that no entrepreneurs are born successful. Every smart entrepreneur has a fear of the unknowns in their new business initiative. Only those with the passion and conviction to start anyway will have any chance of success (you can’t succeed if you don’t start). Likewise, you can’t succeed if you give up too early, or sabotage your own efforts due to a fear of success.

Make sure you don’t let fear paralyze you at any stage of your startup.

You can win only if you have scaled better than others, says Reliance backed Fynd founder Farooq Adam

Writing vs blogging vs podcasting; which is the best fit for your business?