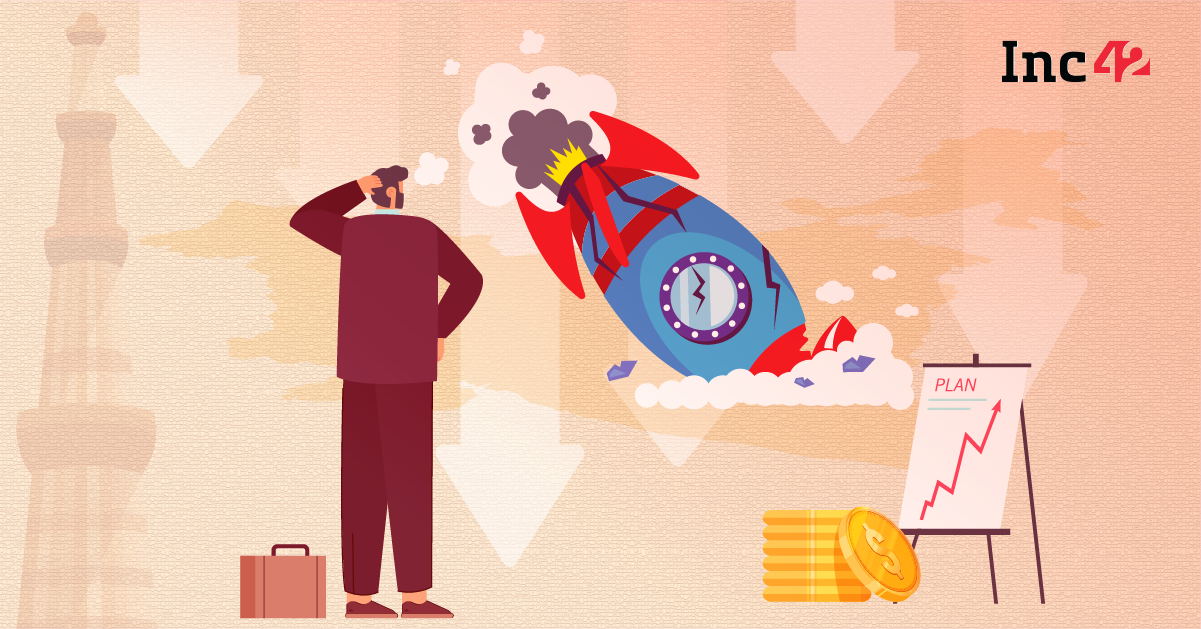 Inc42’s annual survey, a part of the upcoming TES 2022 report, showed that 60% of startup founders are against listing in India

The pessimism comes after the IPO rush of 2021, which saw 11 startups go public, and the sharp fall in share prices of many of them after that

In the IPO rush of 2021, 11 Indian startups went public and were listed on the bourses. These startups raised over $7.36 Bn from the public markets through their IPOs, which seemed to back their reasoning for going public.

However, the sentiment for going public is now muted in the light of increased market volatility due to the changing macroeconomic conditions across the world.

The instability caused by the Russian invasion of Ukraine and the subsequent sanctions on the former has caused all sorts of macroeconomic problems. The US dollar achieved parity with the Euro and the Indian Rupee slumped to 80 per dollar while rising inflation has made central banks from India to the US increase interest rates.

This has made lending expensive and hence, investors are pulling money out of public equity markets to put it in safe havens to ride out the storm.

With the exception of Delhivery, EaseMyTrip and IndiaMART, shares of all other tech startups were trading lower than their listing prices at the end of last week. 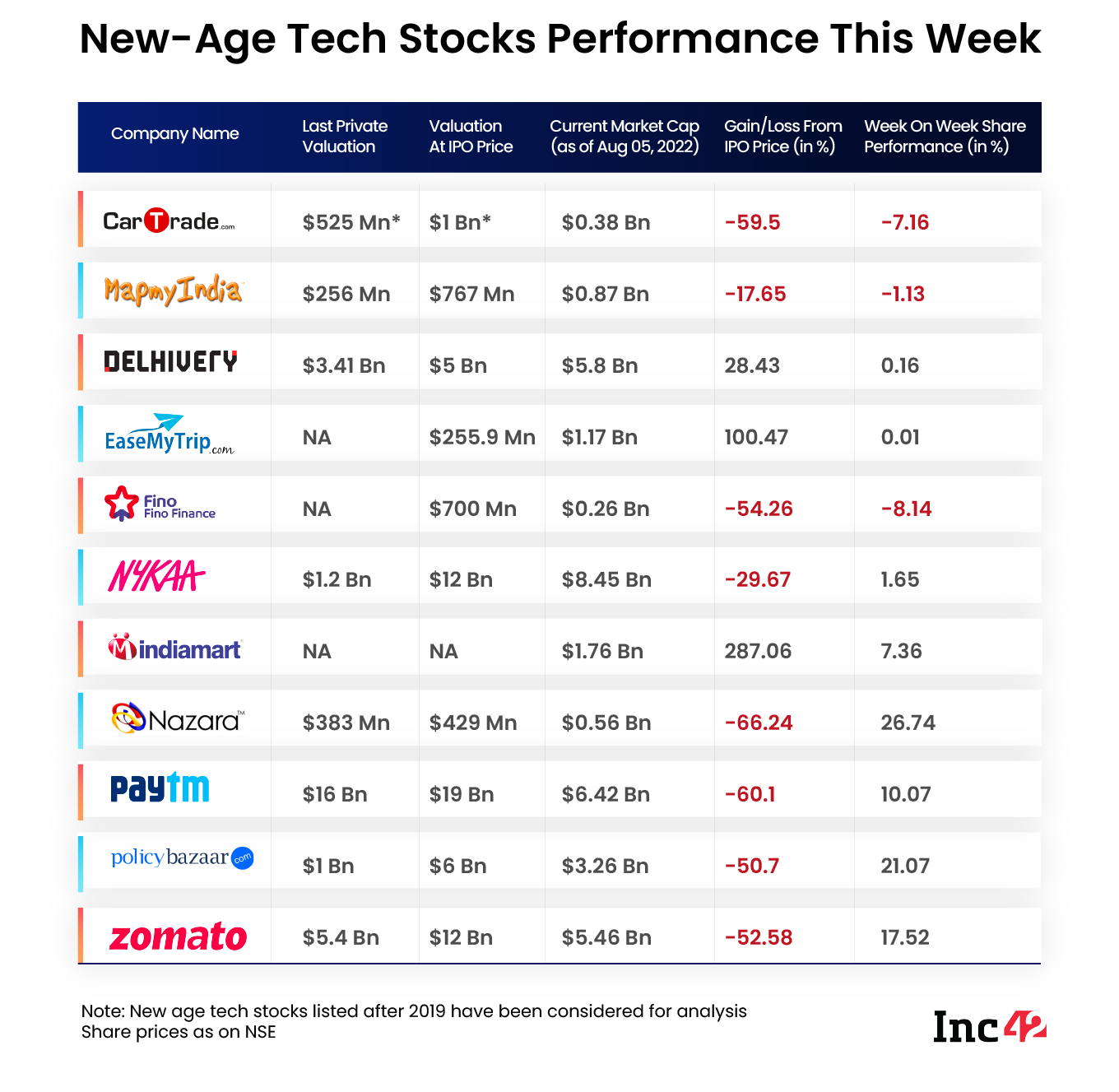 Consequently, the year 2022 has seen only logistics unicorn Delhivery listing on the stock exchanges, while more than a dozen startups are waiting on the sidelines for benign economic conditions.

Amid a fall in the global equities over the last few months, many startups have delayed their IPO plans and are expected to slash their IPO sizes and valuations.

After the rout on the exchanges, the Indian startup ecosystem is now not looking at listing on exchanges as earlier. According to a recent survey conducted by Inc42, TES 2022 Investor Survey, 60% of startup founders are against listing in India.

When asked whether they believe domestic IPOs are the best option for Indian startups, 60% of Indian startup founders replied negatively. 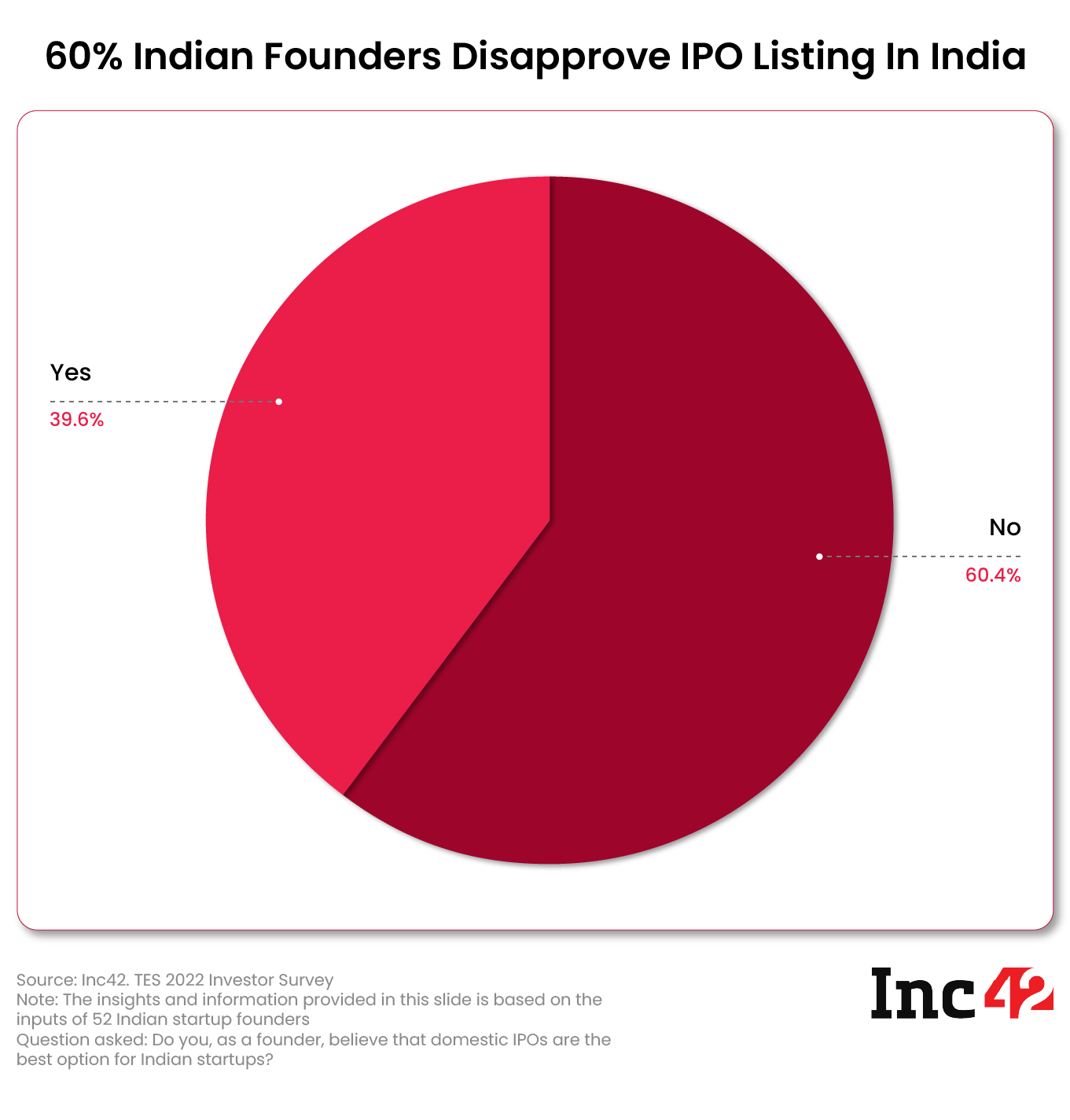 The primary reason for pessimism toward domestic listing comes from the perceived lack of understanding of the startup business model in India. New-age tech startups have faced public backlash because of their valuations, which has resulted in the startup ecosystem getting wary of listing in the country.

A similar pessimism was shown by startup investors, with 54% of investors in Indian startups sharing the same sentiment – domestic IPOs are not viable. 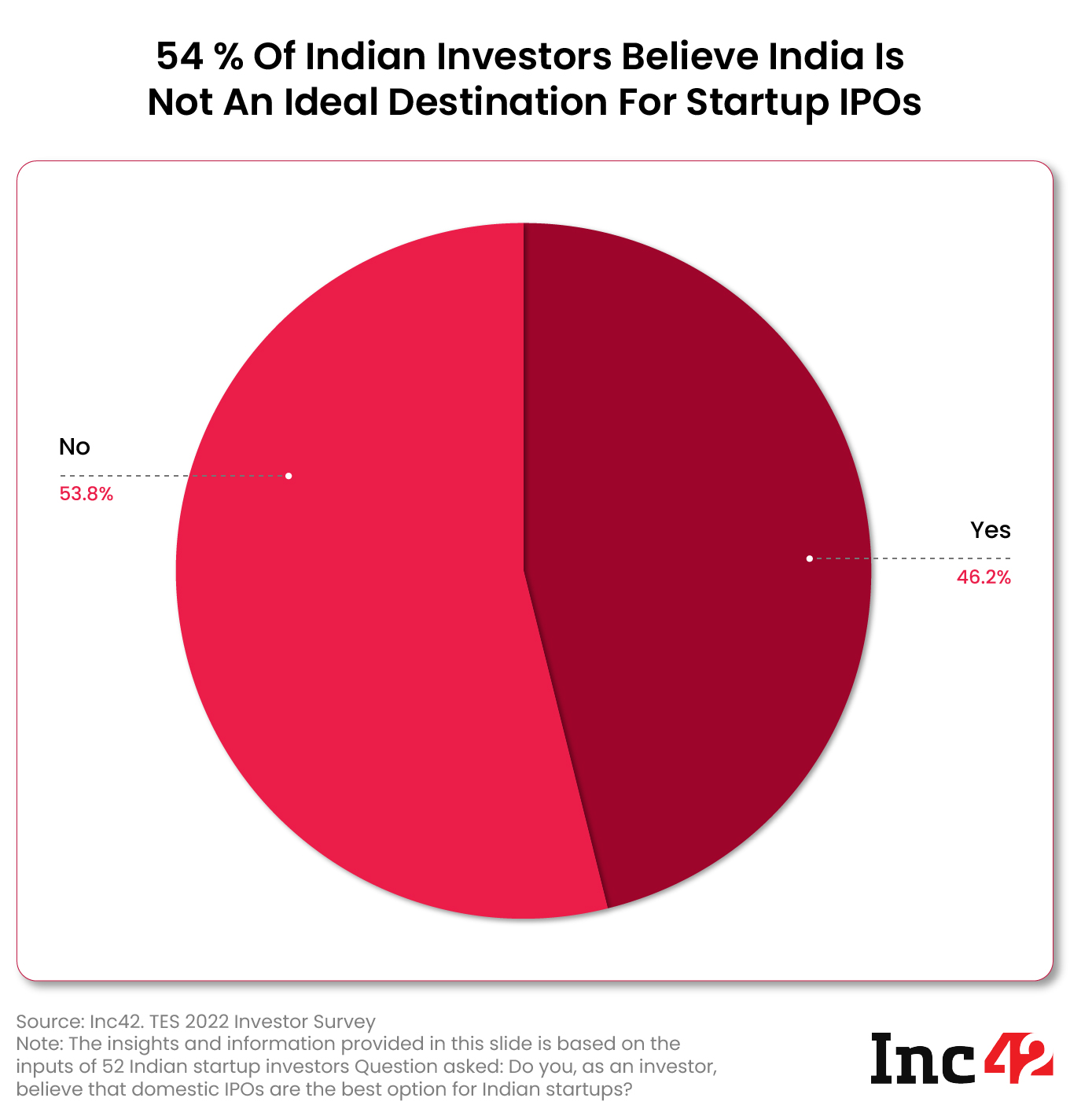 Again, a lack of understanding of the startup business model among retail investors in India was cited as a reason.

However, this has not stopped a slew of big Indian startups from planning for their IPOs.

While several startups have delayed their IPO plans amid adverse market conditions, analysts are still hopeful of seeing some big IPOs over the next 18-24 months. 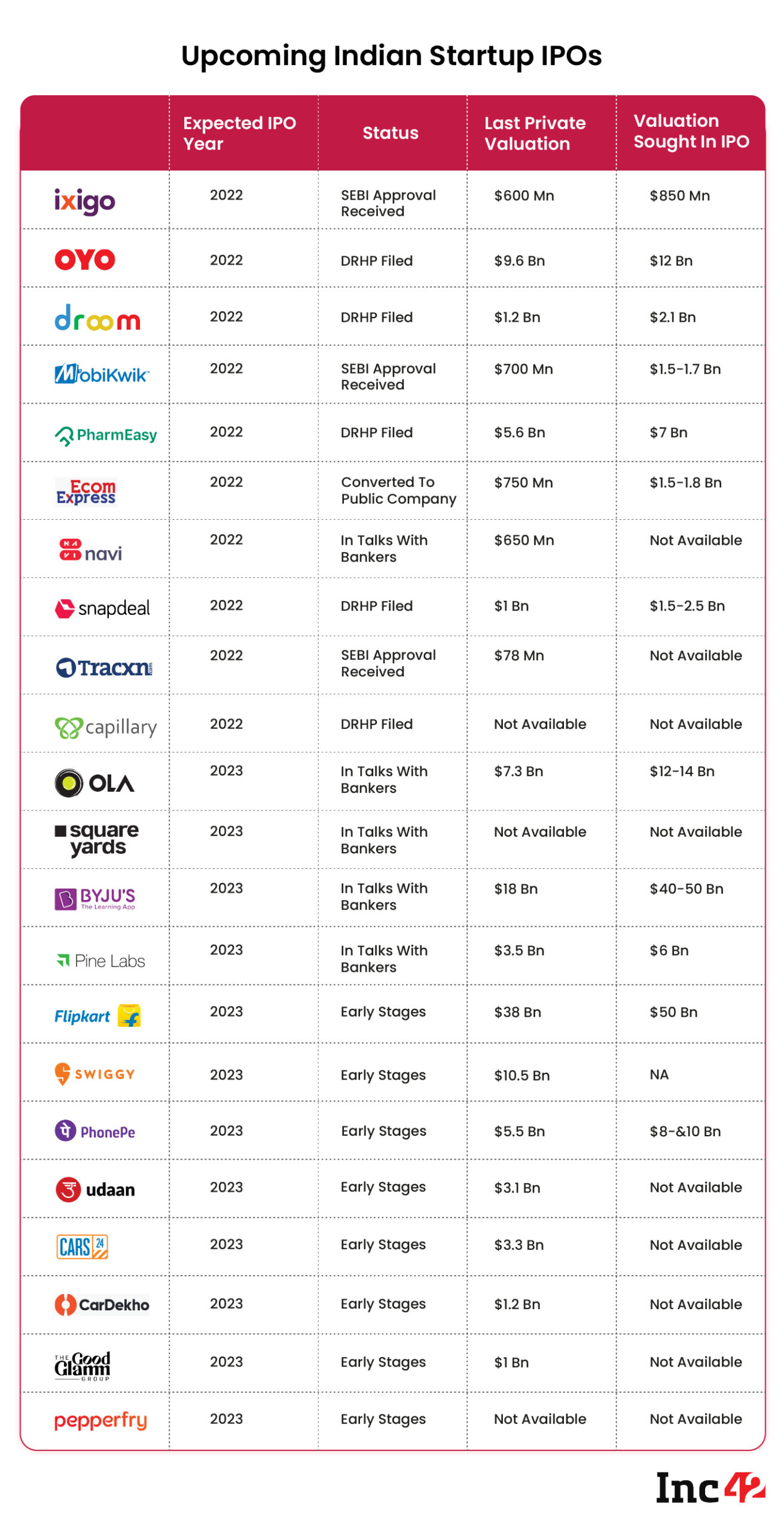 Interestingly, tech startups are tipped to go for IPO faster than ever before. According to an Inc42 analysis last year, Indian startups will see a 50% reduction in the average time taken for public listings to 6.9 years from the current 15.3 years by the end of CY2026.

A score of tech startups is lined up to go public, which is good for India’s stock exchanges and retail investors. At the same time, the markets regulator and startups need to engage in more conversation to ensure that retail investors do not suffer.

On its part, the Securities and Exchange Board of India (SEBI) has been keeping an eye on tech startup IPOs and their subsequent performances.

In February, SEBI released a consultation paper proposing a new disclosure framework for new-age tech startup IPOs. In May, the markets regulator reportedly told IPO hopeful startups to reconsider their valuations and questioned the listed startups as to why their stock prices went far below their listing prices.

Though the increased scrutiny has raised eyebrows in the startup ecosystem, it is understandable that SEBI is moving to protect India’s retail investors amidst a sharp fall in the valuations of some of the listed startups.

Besides new disclosures and other measures, SEBI is also working on a mechanism to allow tech startups to file pre-IPO documents confidentially to avoid disclosing sensitive internal information.

Cool podcasts to add to your list: Top recommendations from Amsterdam startup founders

How digital lending is the game-changer for fintech companies

8 promising Amsterdam-based medtech startup to watch in 2021: Check out

4 Reasons Why You Should Invest in Gold