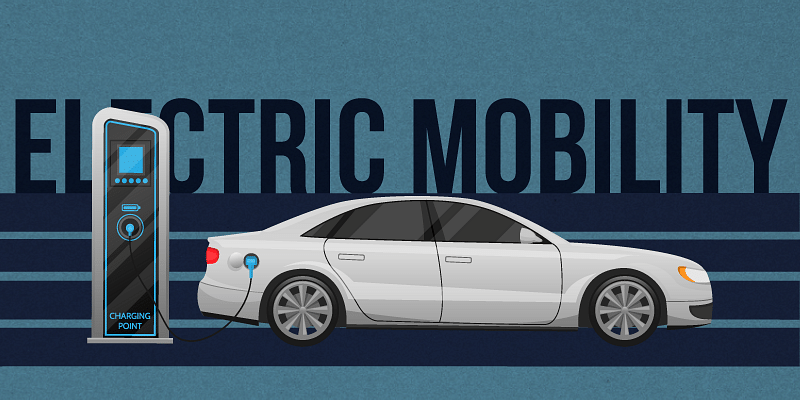 The future of the automotive sector is electric vehicles (EVs). In fact, by 2030, India aims to become a 100 percent EV nation. Interestingly, according to a report published by global investment firm Credit Suisse, the electric scooter sales in India touched a new high of 3.3 percent in February this year. The 1.9 percent jump from January indicates a higher adoption of electric scooters in the country.

According to TechSci Research, India’s EV market is expected to reach $2 billion by the end of next year.

However, despite the numbers and promises, EVs come with its own set of challenges – limited range, charging time, battery replacement cost, and poor charging infrastructure. Here are some Indian startups that are helping the nation fight these challenges and promote greater adoption of EVs in the country.

Ather has also established one of the fastest EV charging infrastructure — Ather Grid, built and designed in India.

It plans to expand to 100 cities by establishing 150 experience centers by March 2023. The company expects to turn profitable this year. Ather’s market share over the last week of February 2022 stood at seven percent.

Shared and sustainable micro-mobility platform Yulu is on a mission to create the largest EV ecosystem in India. The startup was founded in August 2017 by ex-InMobi exec Amit Gupta, Naveen Dachuri, Hemant Gupta, and RK Misra, with the aim of addressing the rising air pollution and traffic congestion issue in the country.

The startup’s electric scooter, Yulu Miracle, was launched with the focus of creating sustainable mobility for urban India. These scooters are dockless and lithium battery-powered.

Yulu claims to have created India’s largest battery-as-a-service network. Since its inception, the mobility startup has swapped three million batteries. According to media reports, Yulu is planning to raise $100 million to further expand its business model and grow its last-mile mobility vertical. It also plans to expand its fleet to one lakh units by the end of 2022, growing from the current 10,000 units. Additionally, Yulu is in talks to open franchisee models that would allow it to expand to newer cities.

A product of ride-hailing unicorn Ola, Ola Electric has emerged as a new contender in the E2W (electric two-wheeler) segment with a revenue share of 19 percent in February 2022. It’s registration rate touched an average of 20 vehicles per day over the last week of February. Ola Electric’s Ola S1 scooters are manufactured to cater directly to consumers, allowing fully digital purchase, home test rides, doorstep delivery and after-sales services.

Founded by Bhavish Aggarwal, Bengaluru-based Ola Electric was valued at $5 billion post its last round of funding. The company is backed by the likes of Temasek Holdings, Falcon Edge Capital, Hyundai Motor Company, SoftBank, Tiger Global Management, and Matrix Partners India, among others.

The company is backed by Mayfield Fund, Venture Catalysts, Inflection Point Ventures, LetsVenture, Mumbai Angels and Ka Innovations, among others, and has so far raised $42 million funding.

With plans to improve its technology, further expanding geographies, and setting up more charging infrastructures, Blu Smart claims to have prevented about 3,75,000 kg of carbon emission since 2019.

Founded by marine engineer Jithu Sukumaran Nair, Kochi-based VAAN Electric Moto is an electric bike manufacturing startup. Founded in 2019, the e-mobility startup started selling its e-bicycles, Urbansport and Urbansport Pro, in January 2021. The bicycles are priced at Rs 59,999 and Rs 69,999.

The founder mentioned in a conversation with YourStory that VAAN Electric Moto is working on increasing its customer preference towards electric bikes for recreational and adventure activities.

Bengaluru-based Simple Energy was founded in 2019 by Suhas Rajkumar and Shresth Mishra to build electric two-wheelers from zero. The EV startup does it all in-house – from designing, to developing batteries and developing the motors.

Initially bootstrapped, Simple Energy has raised $21 million in its pre-series investment round, from HNIs. In August last year, Simple Energy launched its electric scooter the Simple One, priced at Rs 1.45 lakh.

Cell Propulsion provides solutions including fleet management and tracking, operations and maintenance, buy-back guarantee, and driving data analytics. It is backed by Huddle, Sangam Ventures, Endiya Partners, GrowX Ventures, and CIIE. Last year, it raised $2 million from its existing investors to accelerate the adoption of eCVs, and execute the startups go-to market strategy.

From rise in income to community development, how Sridhar Vembu’s Zoho is transforming rural India

‘As a founder, you hear a no every day’ – 25 quotes from Indian startup journeys