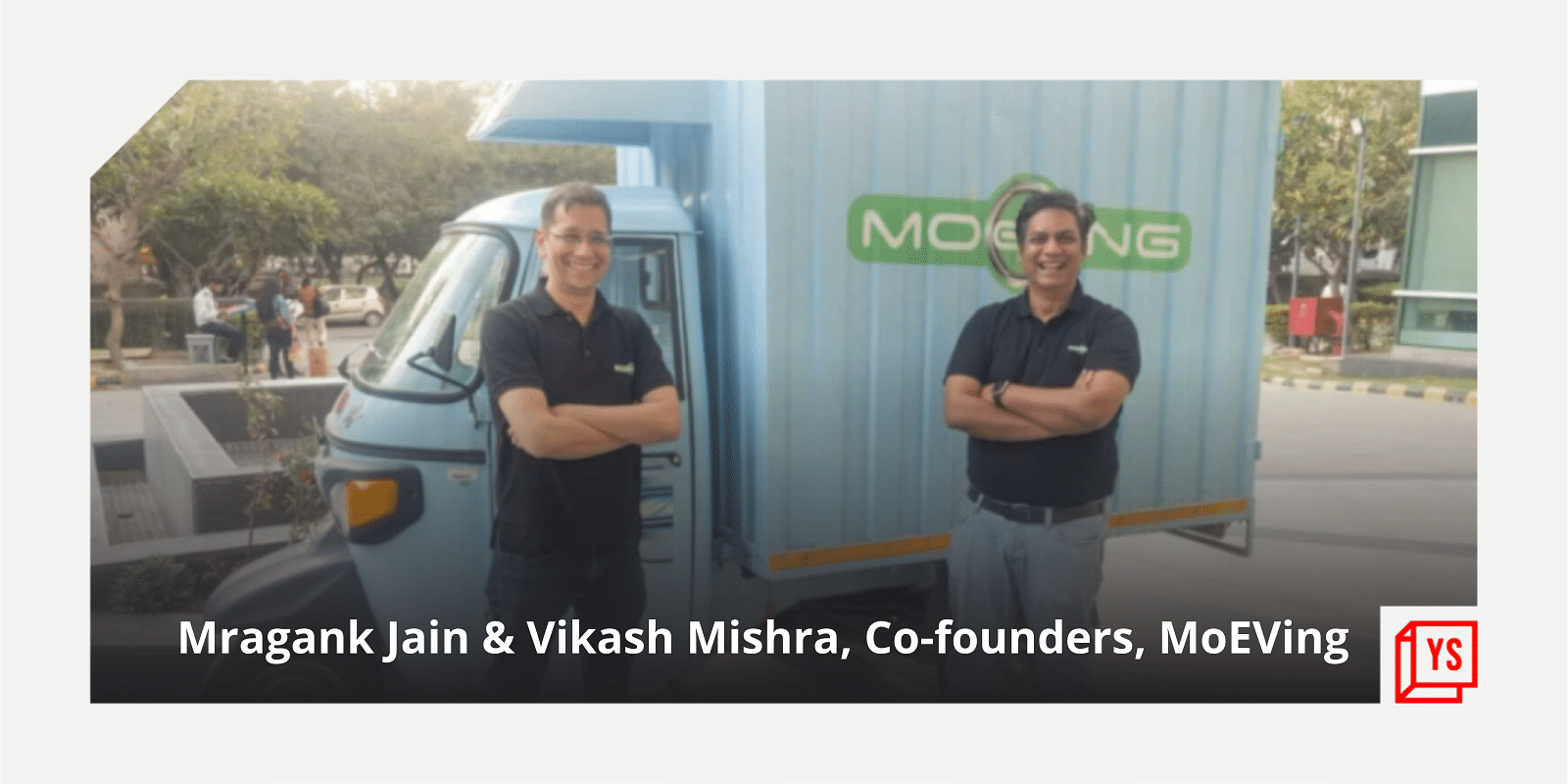 Amid the rising demand for electric vehicles, Gurugram based full-stack electric mobility platform ﻿MoEVing﻿ is tapping into the growing opportunities in the last-mile ecommerce delivery market.

The roughly one-and-a-half-year-old startup has already secured $10 million in funding from several global investors. In March, it launched its first multi-modal electric vehicle charging space in Bengaluru and hopes to open more such facilities, especially in smaller cities and towns.

MoEVing’s founders believe last-mile delivery in India is on the verge of disruption.

Mobility is critical to ecommerce. The last decade has seen growth in both domestic and international ecommerce purchases.

To meet increased demand in the sector, Indian ecommerce firms would need to deploy around 160,000 more vehicles (of varying sizes, ranges, and payloads) this decade. The last-mile delivery sector will have roughly five million automobiles by the end of this decade, according to a Flipkart case study on advancing electrification of ecommerce delivery in India.

EVs will become a gamechanger for the segment as ecommerce players look to reduce their carbon footprint.

MoEVing says it wants to transform the e-logistics space through a platform approach.

MoEVing has tied up with multiple financial institutions for driver financing requirements.

The startup currently operates in 16 cities across 11 states in India, with over 1,000 two- and three-wheelers and over 400 active charging sites. Some of the fleets are owned by the startup itself while the rest are on lease.

The startup employs a team of over 100 people, and has offices in Gurugram, Bengaluru and other cities.

According to MoEVing, it enables drivers to become micro-entrepreneurs, providing guaranteed revenue, access to charging solutions, finance, and vehicle know-how.

“Our unique selling point is that we provide end-to-end solutions to our clients; we are EV agnostic, and we are a full stack electric mobility firm. We are confident in our stronghold on data and technology. We also benefit from our collaborations with EV stakeholders,” says Vikash.

The startup has about 20 customers including Amazon, Flipkart, and BigBasket.

While MoEVing says it has seen success in cities such as Delhi NCR, Bengaluru, and Pune, it wants to focus on electrification of fleets in Tier-II cities.

“This year, we expect to add 5,000 cars throughout tier-II cities and will create a presence in Surat, Meerut, Agra, and Jalandhar,” states Vikash.

Expansion into a new city is only possible with the proper charging infrastructure in place, as well as an OEM service and repair ecosystem. MoEVing says it is constructing the whole EV ecosystem in collaboration with a wide range of players in these new cities, including Piaggio, Altigreen, Log9, and Omega Seiki.

Started with an initial investment of Rs 5 crore (about $644,000), MoEVing has raised $10 million in equity and loans so far. Investors in the startup include BeyondTeq, a UAE based venture capital firm, GCC family offices, Strides One, TradeCred, N+1 Capital, Founder and Managing Director at Nazara Technologies Nitish Mittersain and others.

“We are currently tripling our sales every three to four months and anticipate reaching $1 billion in revenue by 2026,” says Vikash.

“Our business model is delivery as a service, and we collect money from clients (ecommerce players). Every month, we distribute around 400,000 shipments,” he adds.

India can save fuel worth Rs 3.11 lakh crore in the next three decades by deploying clean and cost-effective mode of transportation for goods, as per a report from NITI Aayog and Rocky Mountain Institute (RMI).

The report stated that India can lower its logistics’ cost by 4 percent of the country’s GDP (Gross Domestic Product) and cut down 10 gigatonnes of carbon dioxide emissions till 2030 by taking these measures. Currently, logistics includes around 13 percent of the total costs for the companies in the country, making exports uncompetitive in comparison with China.

“We anticipate that by 2025, the final mile delivery space will be completely electrified,” says Vikash.

Geographically, the company aims to expand to over 30 cities and have a pan India presence. It will also be focusing on building over 100 charging hubs across these cities by 2023.

[Funding alert] SoftBank in talks to invest around $450M in Swiggy; valuation to rise to $5B