Last week, the mobile application updated its self-assessment tool to require people to provide information about their vaccination status and whether they will be willing to donate plasma

Aarogya Setu is one of the two government built mobile applications, besides CoWin, which are being used by people to register for the Covid-19 vaccination drive 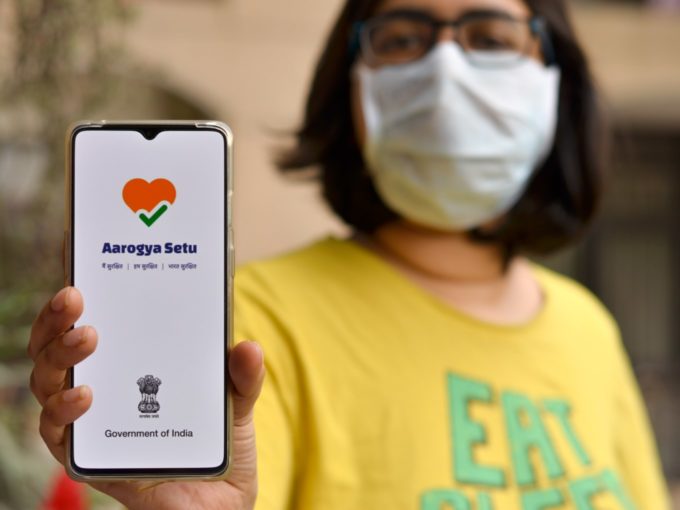 The Indian government’s Covid-19 contact tracing app Aarogya Setu may soon be used to build a database of eligible plasma donors who have recently recovered from Covid-19.

Last week, the mobile application updated its self-assessment tool to require people to provide information about their vaccination status and whether they will be willing to donate plasma. This information will then be passed on to the local government authorities who can contact them for plasma donation.

The plasma of recovered Covid-19 patients contains antibodies that can help an infected person fight the virus.

“Close to 2-2.5 Mn people are getting vaccinated daily and the new module has been designed to get information on how many people have still contracted Covid-19 after getting one or both doses of the vaccine, and whether they have had any side-effects after taking it,” a government official told ET, which first reported the development.

Aarogya Setu is one of the two government built mobile applications, including CoWin, which are being used by people to register for the Covid-19 vaccination drive. However, a patchy user interface, unavailability of slots and India’s digital divide have led many to criticise the rationale behind mandating user registration for the vaccine through mobile apps.

Moreover, concerns about the use of Aarogya Setu for citizen surveillance have also been raised by digital rights groups such as the Internet Freedom Foundation (IFF).

In March, the administration of Jammu and Kashmir admitted that it had shared user data collected by the Aarogya Setu app with the local police in the union territory’s Kulgam district. The data included a list of people who had tested positive for Covid, along with data related to recoveries and casualties. While many may ignore such processes citing it as a price of maintaining law and order in the country, it still poses a grave threat to an individual’s right to privacy.

IFF has pointed out that whenever personal data is collected in a data protection framework, it needs to be utilised for the specific purpose it has been gathered for. This is known as the principle of purpose limitation. “Using someone’s data gathered for health purposes for law enforcement essentially makes it a surveillance app,” IFF’s executive director Apar Gupta had told Inc42.

Last month, the Delhi High Court granted bail to activist Umar Khalid seven months after his arrest under the stringent Unlawful Activities (Prevention) Act (aka UAPA) of 1967 for his alleged involvement in the Delhi riots of 2020. Besides the payment of a bond amount, Khalid was asked to install the Aarogya Setu app, an instance previously unheard of, stoking concerns that the app, in this instance, was akin to an ankle monitor used by law enforcement agencies to track bailed or under-trial persons.

Launched in April 2020 for Covid-19 contact tracing, Aarogya Setu uses Bluetooth and GPS-based location tracking to identify potential encounters with suspect or coronavirus-positive cases. It detects other devices with the Aarogya Setu app and alerts users based on proximity to the device.

Meanwhile, the government’s CoWin app has also come under scrutiny for its weak data protection apparatus. In RTI responses to IFF, the Ministry of Health and Family Welfare (MoHFW) said it cannot provide a privacy policy for the application because “the CoWin app is accessible only by national, state and district-level administrators. The general public can only register themselves for vaccination.”

Egypt’s Flextock closes $3.25M in the largest pre-seed yet in MENA – TechCrunch

‘Coach your employees by asking powerful questions, and finding answers together’ – author Ruchira Chaudhary on leadership