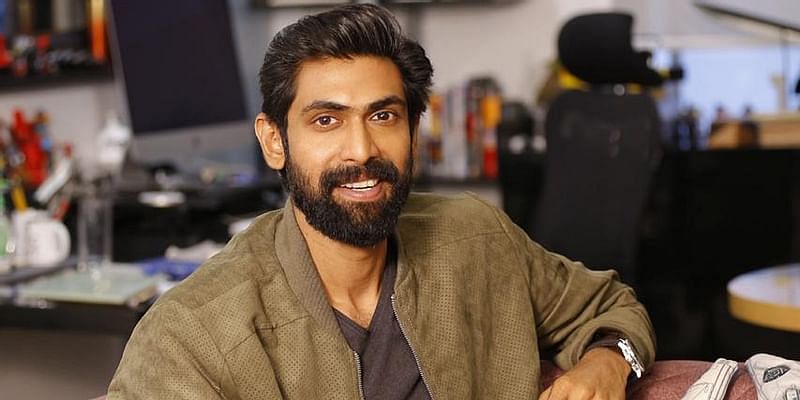 Over-the-top (OTT) platforms like Netflix, Amazon, Disney+ HotStar, Zee5, Voot, Sony Liv, etc., will touch $5 billion in revenue by 2024 in India, according to a PwC report. Already known as the world’s fastest-growing OTT market, India will be the sixth-largest market for the platforms by 2024.

The COVID-19 lockdown and the subsequent shutting down of theatres and cinema halls has increased the viewership and growth of these platforms across India. Between March and July 2020, India’s OTT sector saw a 30 percent rise in paid subscribers from 22.2 million to 29 million, states RedSeer Consulting in its India OTT Video Market report.

The report adds that while metros and Tier I cities continue to drive this consumption, Tier-II cities and beyond areas are also fast catching up, which has opened up a slew of opportunities for regional players to enter the fray.

Catching on to this trend and looking to address the increasing demand in the market, actor, producer, and entrepreneur Rana Daggubati has launched a new platform called South Bay. The YouTube channel features exciting and quirky content for the audience.

The actor said the main aim is to create diverse content and a dialogue between the creators and audiences. South Bay will host live chats, snackable short forms, news, music, animation, fiction, and non-fiction content.

Speaking about why he decided to venture into the OTT segment, Rana tells YourStory, “Whether it is films or content, I first look around if it is already available. And only when I don’t find it around do I work to building it myself. South Bay works on the same principle.”

He explains that today, with the growth of multiple OTT platforms and digital content platforms, audiences are more receptive, allowing creators to go beyond the threshold and bring exciting, fresh, never seen before content. South Bay is just a step towards that vision.

Further, he explains that the team has collaborated with independent, talented, vibrant creators to build some unique content.

“India has a lot of culture that needs to be curated. There is a lot in terms of music, movies, animation, gaming, etc. There is an entire generation that is completely different in terms of the way they engage with content and internet itself. We have enough audience that watches South Park and other American content. It is not like they don’t want to see Indianised content. Now, unless it is done right, many of the players don’t want to experiment with it,” he explains.

According to Rana, the platform will also focus on regional languages. Rana explains that Indians are multilingual, and they look for great content across different languages. “The idea is, thus go multilingual — you have Hinglish, Tanglish, Telgish… the idea is to bring multiple languages,” says the Baahubali actor.

The idea thus was to marry something that was subculture and mainstream. For example, building an animated talk show with mainstream Indian cinema actors and directors. Rana also explains the talk show can be fictional and can also be nonsensical. This led to the creation of a series of animated talk shows – ‘Why are You’?

“The inspiration is from the likes of MAD Magazine and others that I grew up with,” adds Rana.

Apart from differentiated Indian content, Rana realised there was a lack of exposure. He says, this led him to focus on bringing exposure to everything that is Indian. This led to the creation of two unscripted shows – ‘Coming Back to Life’ with Lakshmi Manchu and ‘Secret Box’ with Shruti Haasan – that brings together Indian personalities from across the globe for a conversation on life post the pandemic.

In terms of music, the team is looking at a platform that allows people to perform. “Each city and place in South India has a unique subculture for music. So, we have built shows for artists like rapper Rajakumari, and different YouTubers and other performers who just don’t have a platform. The idea is to collaborate and create the content,” says Rana.

For music enthusiasts, Sublime Collective will serve as a six-month-long campaign to promote handpicked independent artist across the country. These segments promise to envelop the audiences with their edgy, engaging, and entertaining offerings.

“Somebody who is building subculture content can have a mainstream platform to showcase their content. Eventually, we reach the scale of something like a Netflix where we can create content which is culture based,” says Rana.

Currently, South Bay is following a branding and advertising model of monetisation. Rana says they have invested Rs 5.5 crore to create different content. Apart from entertainment and non-fictional content, South Bay is also building news content for the millennials.

“There needs to be a sense of relevance for the younger generation with a focus on jobs, and what will be helpful for them in terms of news. For that, we are working with Bengaluru-based Under 25 club to disseminate news of relevance,” says Rana.

As of now, the need for regional content is fast growing. A RedSeer report revealed that Hindi and Indic languages dominated the overall streaming growth, and the consulting firm believes this is due to the resumption of daily soaps. In fact, Hindi language content accounted for more than 50 percent of the overall streaming in April-July 2020.

“There is a need for differentiated content with a focus on both regional and global perspectives. We only see the market growing,” says Rana.

Activists weigh in on the rights of sex workers

How to Make a Discord Server: Step by Step

For Suresh Kakkar, success is balancing your professional, personal and social life