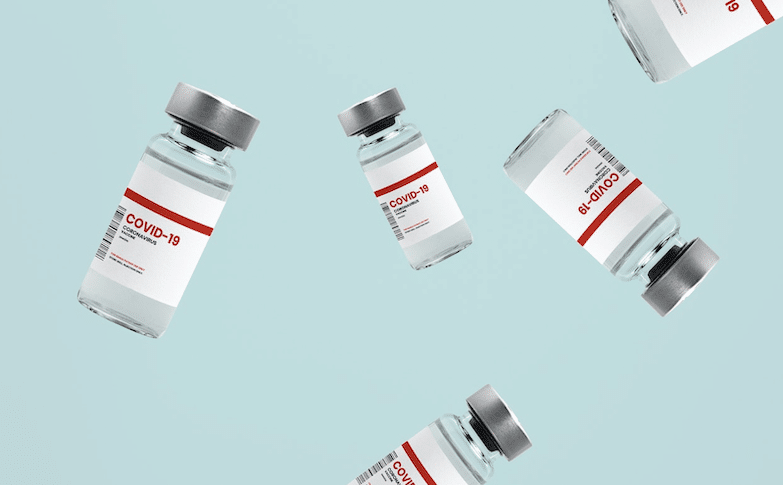 While much of the world is celebrating the development of COVID-19 vaccines, in Africa, there are more reasons to worry. A host of challenges, from a lack of preparation and funding to a disjointed supply chain, threaten to derail the distribution of the vaccine across the continent. Meanwhile, the virus curve continues to rise in many African nations amid a second wave of the pandemic.

Two vaccines are awaiting regulatory approval in the United States, including those developed by Moderna as well as a partnership between Pfizer and BioNTech. AstraZeneca also has a vaccine in the works. Pfizer/BioNTech and Moderna’s versions use a technology known as RNA (mRNA), which must be frozen during transport and then thawed before use.

However, many low to middle-income countries are facing challenges when it comes to cold storage, including African nations, which have limited cold storage infrastructure at their airports. As a result, vaccines could become compromised during transport. For its part, Sub-Saharan Africa has containers in place from the Ebola vaccines, which also required cold temperatures, that could be repurposed store the COVID doses.

Africa, with a population of 1.3 billion people, is in need of 1.5 billion doses of the vaccine to achieve the herd-immunity threshold of 60%. Africa CDC officials are in discussions with countries like Russia and China about vaccine options so that they can avoid seeing the pandemic turn into an endemic, as noted by John Nkengasong, director of the Africa Centers for Disease Control and Prevention. Nkengasong stated at a press conference,

“We are very concerned as a continent that we will not have access to vaccines in a timely fashion. I have seen how Africa is neglected when drugs are available [previously].”

Africa is relying on the efforts of the World Health Organization (WHO) and Global Alliance for Vaccines and Immunisation (GAVI) to protect “against inequity in the distribution of the vaccine.” Meanwhile, there are several predictions being rolled out.

Among them, Africa won’t have possession of COVID-19 vaccines until the second quarter of 2021. By way of comparison, the United States expects to deliver the first round of supply by the end of this year. Meanwhile, the World Health Organization’s Regional Director for Africa Dr.Matshidiso Moeti is targeting the vaccination of 20% of the African population by year-end 2021.

Moeti stated that while officials are telling African nations to prepare for the vaccine, they are watching from the sidelines as Western countries ink agreements with pharmaceutical companies for doses. She said, “So, from the African perspective, we are very concerned.”

If history is any indication, Africa tends to be last in line when it comes to new technology, which can take as long as a decade to make its way to the continent.

The WHO offered a dire prediction for Sub-Saharan Africa, saying that less than half of the region has “identified the priority populations for vaccination and have plans in place to reach them,” while roughly one-quarter of them have sufficient plans in place for funding and other resources. They went on to explain that it could require more than $5 billion to bring COVID-19 vaccines to Africa’s high priority countries, in addition to the cost of actually delivering the vaccines.

On the positive note, nearly 3 million antigen tests are being distributed across Africa, which could be a “game-changer,” according to  Nkengasong, to streamline the testing process. Approximately 21 million COVID-19 tests have been administered in Africa already.

Incidentally, a Nigerian by the name of Dr. Onyema Ogbuagu, Associate Professor of Medicine at Yale, played a role in the development of Pfizer’s COVID-19 vaccines, one of two vaccines that is awaiting regulatory approval in the United States.

With a population of more than 200 million, Nigeria — one of the many African countries supported by Sharemoney for remittance payments — is having to fight for access to the vaccine. AstraZeneca’s vaccine, meanwhile, recruited people from South Africa and Brazil for its trial, as noted by Boghuma Titanji, Infectious Diseases Fellow at Emory University, in a tweet, adding: “To get end this pandemic, vaccines need to [be] accessible to all parts of the world!”

Nigerian President  Muhammadu Buhari is making a push for “a people’s vaccine against COVID-19.” He is one of more than 140 world leaders and experts who are asking for a promise that COVID vaccines will be available free of charge to everyone around the world. In a statement, President Buhari recalled “painful lessons” from diseases such as HIV, saying “those who do not remember the past are doomed to repeat it.”

Nigeria is already Africa’s most populist country and its population is only getting bigger. As the third highest African country for coronavirus cases, Nigeria is in desperate need of a vaccine. Nigeria’s healthcare infrastructure and medical equipment inventory isn’t adequate to sustain a countrywide response to the pandemic, and if the second wave persists, the country might not be able to handle it, underscoring its need for a vaccine.

Morocco and China Partner for Vaccine

Morocco, one of the hardest-hit African countries by COVID, is reportedly developing its own version of a vaccine alongside China. Morocco teamed up with the China National Pharmaceutical Group (Sinopharm) in August to participate in a Phase 3 clinical trial for a vaccine. Thanks to its participation, Morocco is among the countries to be first in line for a supply of the vaccine to fight the virus. As of September, the company was still months away from introducing the vaccine, but it is feasible that the product could be finished by the spring of 2021.

In Africa, the number of COVID cases rose an average of 7.5% each week in the last month, with the number of deaths rising by 9% for the week ended Nov. 22. The second wave of the pandemic is unfolding mostly in northern Africa, where temperatures are falling and winter is setting in.

Morocco, Tunisia and Algeria are experiencing some of the sharpest increases in the number of cases. Since the outbreak began, South Africa has recorded the most cases and has experienced a roller coaster ride on its quest to return to life as usual. According to the latest data, South Africa has suffered more than 47,382 deaths across 1,484,900 cases.

Sindhu Gangadharan of SAP Labs India on people-centric innovations, being a woman in tech, and more

After Germany, Deliveroo pulls out of Spanish market: Here’s why