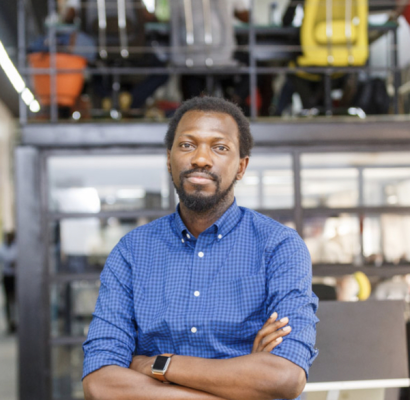 The proliferation of fintech services across Africa remains in full swing as investors remain bullish about the opportunities that abound in the sector. Today we behold another unicorn: African payments company Flutterwave announced that it has closed $170 million, valuing the company over $1 billion.

Launched in 2016 as a Nigerian and U.S.-based payments company with offices in Lagos and San Francisco, Flutterwave helps businesses build customizable payments applications through its APIs.

When the company raised its Series B, we reported that Flutterwave had processed 107 million transactions worth $5.4 billion. Right now, those numbers have increased to over 140 million transactions worth over $9 billion. The company, which also helps businesses outside Africa to expand their operations on the continent, has an impressive clientele of international companies. Some of them include Booking.com, Facebook, Flywire, and Uber.

Flutterwave says over 290,000 businesses use its platform to carry out payments. And according to the company’s statement, they can do so “in 150 currencies and multiple payment modes including local and international cards, mobile wallets, bank transfers, Barter by Flutterwave.”

While its website shows an active presence in 11 African countries, Flutterwave CEO Olugbenga Agboola, also known as GB, told TC the company is live in 20 African countries with an infrastructure reach in over 33 countries on the continent.

Last year was a pivotal one for the five-year-old company. Its second investment came just in time before the COVID-19 pandemic hit Africa, negatively impacting some businesses but not payments companies like Flutterwave.

Agboola says his company grew more than 100% in revenue within the past year due to the pandemic without giving specifics on numbers. It also contributed to its compound annual growth rate (CAGR) of 226% from 2018.

According to the CEO, this growth resulted from an increase in activities in “COVID beneficiary sectors”  — a term used by Flutterwave to describe sectors positively impacted by the pandemic. They include streaming, gaming, remittance, e-commerce, among others. Agboola adds that the company plans to ride on these sectors’ growth and continue in that trajectory.

Besides, Flutterwave’s response in introducing the Flutterwave Store for merchants during pandemic-induced lockdowns was instrumental as well. The product, which went live across 15 African countries, helps over 20,000 merchants to create storefronts and sell their products online. 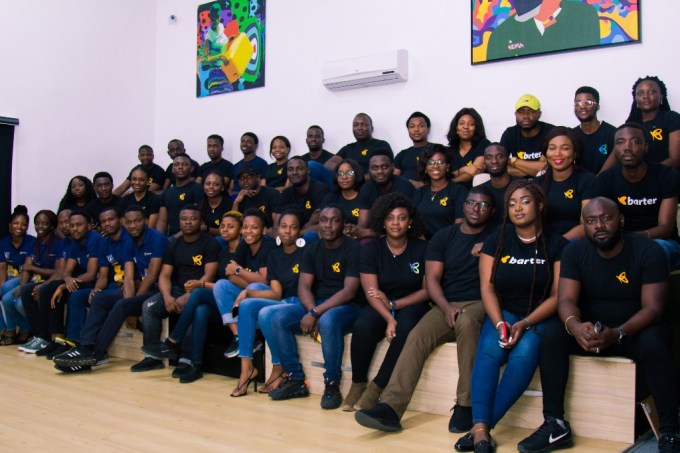 Flutterwave wants to become a global payments company, and the Series C investment helps to reach that goal. The company says it plans to use the funds to speed up customer acquisition in its present markets. It will also improve existing product offerings like Barter, where it has over 500,000 users, and introduce new offerings. One such is Flutterwave Mobile, which in the founder’s words “will turn merchants’ mobile devices into a point of sale, allowing them to accept payments and make sales.”

In a statement, Agboola gives credit to the company’s more than 300 staff, investors, customers, and regulatory bodies like the Central Bank of Nigeria (CBN) for creating the backbone for Flutterwave’s success.

For some, it would come off as strange that the CEO mentioned the last stakeholder given the unfavourable and questionable regulations it has recently placed on fintechs in Nigeria.

However, Agboola thinks the reverse is the case. He makes a bold statement by saying that under the current CBN governor’s current administration, the Central Bank has shown a consistent regulatory framework that has allowed fintechs like Flutterwave to thrive.

“Flutterwave, for instance, launched when the governor just came in. We got our license and scaled our business because of a favourable regime that allowed it to be possible. There are so many trailblazing innovations that we don’t talk about a lot about Nigeria, like the BVN and the NIP system. Nigeria has consistently been at the forefront of payments innovation for over a decade, and all it was possible because of the forward-looking CBN policies,” he said.

On exits, acquisitions, and the billion-dollar club

One fintech company that has unquestionably championed payments in this timeframe is Interswitch. The payments giant is currently worth $1 billion after Visa acquired a 20% stake in 2019 and Flutterwave joins the company as the only fintechs in Nigeria to have reached that valuation. This number increases to four in Africa when including publicly traded African e-commerce company, Jumia and Egyptian payments company Fawry.

Flutterwave’s $170 million mammoth raise and its billion-dollar valuation represent a landmark achievement for the African startup scene. While the aforementioned companies’ valuations can’t be disputed, there are question marks on whether some are startups or others, African companies.

Interswitch, for instance, was founded in 2002, which doesn’t necessarily make it a startup despite still being private. Fawry was launched in 2007 but didn’t become a billion-dollar company until 2020, a year after going public. Jumia, albeit public, reached unicorn status as a private company in 2016; however, there are varying consensus if it is an African company or not.

Unlike the others, Flutterwave checks all the boxes of what a billion-dollar African startup should ideally look like — founded by Africans in Africa while reaching a $1 billion valuation in fewer than 10 years.

Most stakeholders in Africa’s tech ecosystem knew this would happen, but the timing expected was later rather than sooner. After raising $35 million in a Series B in 2020, who would have thought Flutterwave was going to raise almost five times that amount the following round and be valued at more than $1 billion the next year? Maybe just a few.

Well, these numbers rarely matter to Agboola, as I ask him what he thinks of Flutterwave’s new growth metric. “I’ll say valuation is both art and science. At some point, we were also the most valuable African company at YC, but it’s not really a metric we’re focused on at Flutterwave because they move up and down,” he smiles. “Our key metrics have always been revenue, customer growth and retention.”

Aptly said, but as the company continues to grow, questions around profitability and exit will become more frequent.

Paystack, another Nigerian payments company that is often compared to Flutterwave got acquired by Stripe for more than $200 million last year. At the time, there were also rumours of Flutterwave taking the same route, but this Series C raise suggests that the company is not looking to exit at the moment. However, if the YC-backed company indeed does, it might be through an IPO.

“Like every other startup, we’re thinking about ways to create exit tools for our investors. So, a listing is very much in our plans, but for now, we’re focused on giving the best value to our customers,” Agboola said.

In the course of the company’s journey to this point, it has remained big on partnerships. In 2019, Flutterwave partnered with Visa to launch Barter and Alipay to offer digital payments between Africa and China. Then last year, the company announced a partnership with Worldpay FIS for payments in Africa.

Although Flutterwave has done this with bigger establishments, Agboola says the company will be looking to do the same with smaller companies, opening the doors to potential acquisitions.

“We believe in payments in partnership as you have to partner to scale. So, if in the course of making partnerships and scaling and we identify promising companies with a similar ethos and have our vision in mind, that is in making Africa a country, an acquisition isn’t off the table,” he said.

After capturing much of Sub-Saharan Africa, Agboola says Flutterwave’s next plan is to go live in North Africa. There, it will likely face competition from a local leader, Fawry, but that doesn’t matter. The African fintech market is large enough to accommodate multiple players.

That’s one reason why it has also been a popular bet with investors. The sector, which is both local and international investors’ top destination, attracted between 25% to 31% of the total VC funding last year from varying sources.

But from the information on their websites, this is the first time Flutterwave’s lead investors —  Avenir Growth Capital and Tiger Global — are backing an African fintech startup. For the former, Flutterwave represents the first African startup in its portfolio, but Tiger Global is known to have invested in Nigerian media company iROKOtv and South African e-commerce company, Takealot.

Via their partners — Jamie Reynolds of Avenir Growth Capital and Scott Shleifer of Tiger Global, both firms said they’re backing Flutterwave on its quest to build a global and world-class payments company.

Looking into the future, Agboola insists that the company’s focus remains to support its 290,000 merchants and help them build global businesses.

“We look forward to increasing our investments across the continent and deepening the impact our platform has on lives and livelihoods as we take more businesses in Africa to the world, and at the same time continue to bring more of the world to Africa,” he said.

Indians Have Lost Up to INR 1,000 Cr In Crypto Scams So Far: Report

Start up solo, or bring on a co-founder? 4 factors to consider – TechCrunch