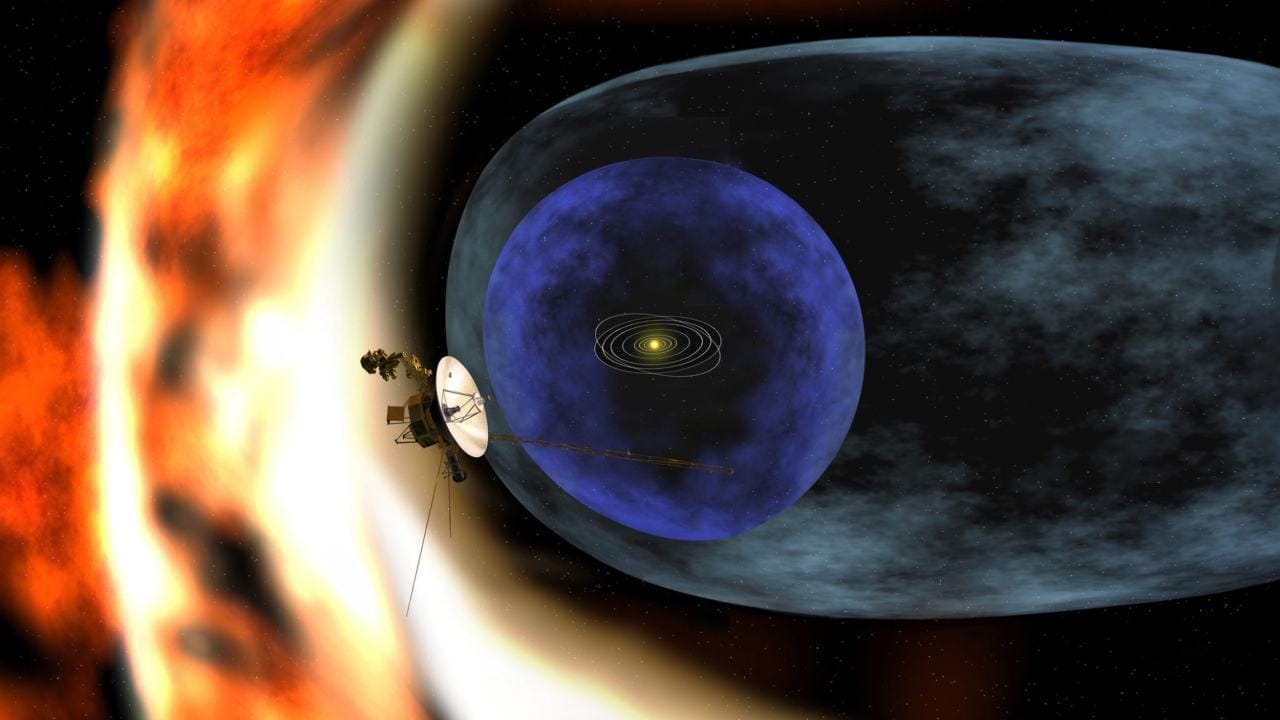 In the nearly 44 years since NASA launched Voyager 2, the spacecraft has gone beyond the frontiers of human exploration by visiting Uranus, Neptune and, eventually, interstellar space. In March, the agency was compelled to shut down its only means of reaching 12 billion miles across the heavens to this robotic trailblazer. On Friday, Earth’s haunting silence will come to an end as NASA switches that communications channel back on, restoring humanity’s ability to say hello to its distant explorer.

Because of the direction in which it is flying out of the solar system, Voyager 2 can only receive commands from Earth via one antenna in the entire world. It is called DSS 43 and it is in Canberra, Australia. It is part of the Deep Space Network, or DSN, which along with stations in California and Spain, is how NASA and allied space agencies stay in touch with the armada of robotic spacecraft exploring everything from the sun’s corona to the regions of the Kuiper belt beyond the orbit of Pluto. (Voyager 2’s twin, Voyager 1, is able to communicate with the other two stations.)

A round-trip communication with Voyager 2 takes about 35 hours — 17 hours and 35 minutes each way.

DSS 43 is a 70-meter dish that has been operating since 1973. It was long overdue for upgrades, especially with new robotic missions headed to Mars this year and even more preparing to launch to study other worlds in the months and years to come. So last year, the dish was switched off and dismantled, even though the shutdown posed considerable risk to the geriatric Voyager 2 probe.

Like everything in 2020, what would have been a normal antenna upgrade was anything but. Usually, the mission’s managers at NASA’s Jet Propulsion Laboratory in California would send about 30 experts to oversee the dish’s makeover. But restrictions imposed during the COVID-19 pandemic reduced the team to four.

At the Canberra station, the crew working on the upgrade had to be separated into three smaller teams, said Glen Nagle, outreach manager at the Canberra Deep Space Communication Complex.

“So there was always a backup team in case anybody got sick, and you could put that team in isolation, and the other team could come in and cover for them,” he said.

They also split the teams into morning and evening shifts to ensure social distancing.

While Voyager 2 was able to call home on the Canberra site’s smaller dishes during the shutdown, none of them could send commands to the probe. If anything had gone wrong aboard the probe during the last year, NASA would have been powerless to fix it.

Although NASA has been unable to send full commands to Voyager 2, it did send one test message to the spacecraft at the end of October when the antenna was mostly reassembled. A device on board called the command loss timer, something like a dead man’s switch, is used to help the spacecraft determine whether it has lost contact with Earth and should protect itself by going into a form of electronic slumber.

The October test reset the timer and successfully told the spacecraft to continue operating.

“I think there was probably a big sigh of relief there,” Nagle said. “And we were very pleased to be able to confirm that the spacecraft was still talking to us.”

The work got high marks from NASA officials in the United States.

“The DSN folks in Canberra did a remarkable job under the pandemic conditions just to upgrade DSS 43,” said Suzanne Dodd, the Voyager mission project manager and director of the Interplanetary Network Directorate at the Jet Propulsion Laboratory. “I’ve got 100% confidence in that antenna, that it will operate just fine for a few more decades. Long past when the Voyagers are done.”

Both Voyager 1 and Voyager 2 hold the records for the farthest a spacecraft has ever traveled and for the longest operating mission. Voyager 2 has had a few hiccups over the years, but it is still feeling its way around in the dark, making discoveries about the boundaries that separate our solar system from the rest of the Milky Way galaxy.

While Voyager 2 keeps chugging along, Dodd and her colleagues are preparing to switch off one of its scientific sensors, the Low Energy Charged Particle instrument. Doing so will ensure that the spacecraft’s limited power supply can keep its other systems, particularly its communications antenna, warm enough to function.

While that will reduce the spacecraft’s scientific output, the main goal now is longevity.

The team estimates that both spacecraft can operate for another four to eight years, and NASA last year granted the team three more years of flying time.

“The spacecraft continues to plug along,” Dodd said. “It always surprises me.”

US to approve Pfizer-BioNTech COVID-19 vaccine for kids aged 12 and above by next week-Health News , FP

Zomato raises $562 million from anchor investors ahead of IPO – TC