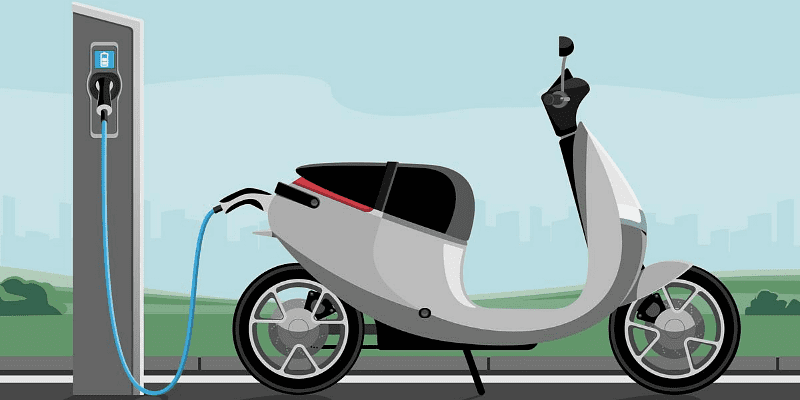 Bullish on the growth of electric vehicles (EV) market in India, EV and energy storage technology startup Matter expects to clock a turnover of $1 billion (over Rs 7,250 crore) by 2025, according to a top company official.

The Ahmedabad-based company, which has so far invested $3 million (over Rs 20 crore), will be launching its lithium-ion batteries for solar and renewable management by April 2021, which will be followed by its first electric motorcycle closer to Diwali this year.

“2021 is the year of the electric…The industry as a whole would be much larger in five years time than even the best of estimates. We are expecting the same thing that happened with 4G, the rate of adoption of 4G exploded above everyone’s expectations, and that is what we are expecting with EVs as well,” Matter Founder and CEO Mohal Lalbhai told PTI.

Explaining the rationale, he said with India wanting to become a $5 trillion economy and its commitment to the Paris Climate Change Agreement, the country has no option but to switch to EVs, eco-friendly newer energies and energy solutions.

On why the sector has not been able to grow in the past, Lalbhai said, “Electric (vehicles) fundamentally in India have either been overpriced products or under-delivering products. There has never been a true value for money fit.”

Stating that customers understand internal combustion engine vehicle and its value proposition, he further said, “But in electrics, there are some companies which are 100 percent more expensive than the comparable internal combustion, some who are 20 percent cheaper, but they don’t really deliver”.

He said inferior quality Chinese product kits are brought in and assembled in India, and then and sold at much cheaper prices.

However, he noted, that’s changing with new players coming in and focusing on developing their own products in India, investing in R&D, and attempting to offer the right value proposition in EVs.

Matter has been focusing on developing an electric motor that would have a performance similar to the internal combustion vehicles, he added.

In order to achieve this target, Matter has lined up its product launch and market expansion plans in place, he said.

“We are branching out into two separate business lines. One is batteries, which we would be rolling out in April 2021 and then vehicles closer to Diwali 2021,” Lalbhai said, adding that EVs will be under the Matter brand and batteries under Matter Energy.

In the battery segment, the company is focusing more on grid-level solutions such as 400 kilowatt to a megawatt level lithium-ion batteries for solar and renewable management in large-scale projects on a pure B2B business basis.

“And EVs as a product, the motorcycle coming out in November 2021 – that’s going to be our B2C side of the business,” he said, adding, as far as EV products are concerned, the company’s primary focus is going to be high-performance motorcycles.

Elaborating on the company’s product plans for the short to medium term, he said, “We would have two motorcycles in the market and from the battery side, we are working on a few speciality applications and then there would be a lot of UPS inverter-driven business also in that segment there.”

In the EV segment, he said the first product will not have a detachable battery but from the second product onwards, the battery packs will be relatively smaller, more or less the size of a tiffin, which can be taken out for charging.

About 53,000 startups benefited from DPIIT startup recognition as of July 2021: Govt