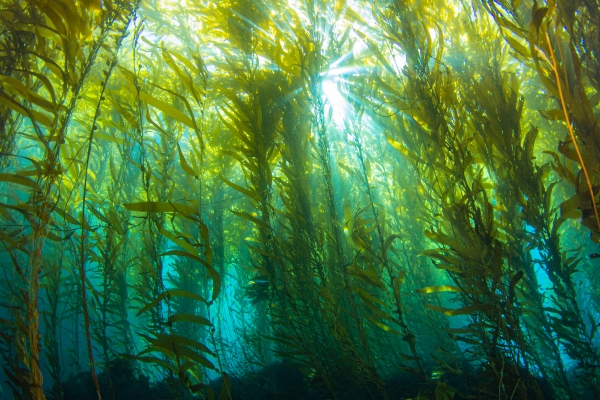 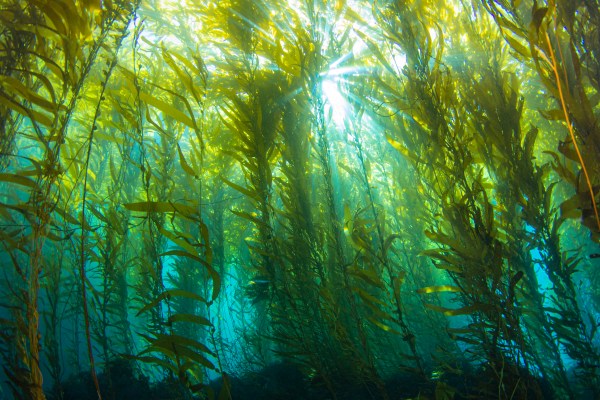 AlgiKnit is on a mission to offer more environmentally conscious materials for the heavily polluting fashion and textile industries. The startup is developing materials from seaweeds such as Macrocystis Pyrifera, one of the planet’s most renewable and regenerative organisms, creating yarns and fibers that don’t rely on petroleum or toxic chemicals.

Aleks Gosiewski, Aaron Nesser and Tessa Callaghan found the materials being used in the textile industry were incredibly harmful to the environment and ultimately found too hard to reconcile after working in fashion in different capacities. This prompted the question: is there a way to design better products and more sustainable materials themselves? And thus, the trio founded AlgiKnit in 2017.

“Giant kelp doesn’t rely on harmful fertilizers and pesticides to grow, does not necessitate the use of arable land or fresh water, and efficiently sequesters CO2 from the ocean,” AlgiKnit CEO and co-founder Tessa Callaghan told TC.

Today, AlgiKnit said it has raised a $13 million Series A led by Collaborative Fund, with participation from H&M CO: LAB (the investment arm of H&M Group), Starlight Ventures, Third Nature Ventures, as well as previous backers Horizons Ventures and SOSV.

The startup says its goal is to provide designers and brands with the tools and materials necessary to create a sustainable future for people and the planet.

The company is primarily focused on B2B sales and relationships. Generally, fibers and yarns including AlgiKnit’s can be used throughout multiple applications and form factors like knit and woven goods, according to Callaghan. Uses for its materials could include apparel to interiors, furnishings, and automotive, Callaghan added.

“Sustainability is no longer a luxury; it has become a requirement,” Callaghan said. “We hear this sentiment expressed by brands across a wide range of industries, and it speaks to the scale of impact we need to achieve.”

With the latest funding, AlgiKnit will accelerate to scale its production capabilities and bring its material to the world. In addition, the startup plans to increase its team, currently 20 people, and is actively hiring for ten new roles at its headquarters in North Carolina. The funding also will help AlgiKnit invest in its manufacturing and R&D divisions.

“The textile industry is responsible for as much as 8% of the world’s CO2 emissions – in addition to being massively polluting and water-intensive,” partner at Collaborative Fund Sophie Bakalar said in a statement. “We’re thrilled to be leading AlgiKnit’s Series A round and to be investing in a technology that is pushing the world towards a more sustainable future.”

In June, the company opened its new manufacturing facility in the Research Triangle area in North Carolina. AlgiKnit says it sought to minimize its construction footprint by outfitting its 15,000 square foot expansion with upcycled materials and second-hand furniture.

“The building process was predicated on creating a vibrant, innovative working environment without compromising our commitment to the planet,” said co-founder and COO of AlgiKnit Aleksandre Gosiewski, who led the company’s expansion to North Carolina. “From utilizing an existing space that met our specifications to reusing and repurposing as much as we possibly could, sustainability was always top of mind.”

“With the opening of our new facility in the Research Triangle area of North Carolina, we are focused on expanding our production capabilities, partnerships, and team to address global demand more quickly,” Callaghan said. “This is a huge next step in bringing this technology to scale and creating positive, tangible change for the planet.”

AlgiKnit has raised a total of $17.9 million to date.