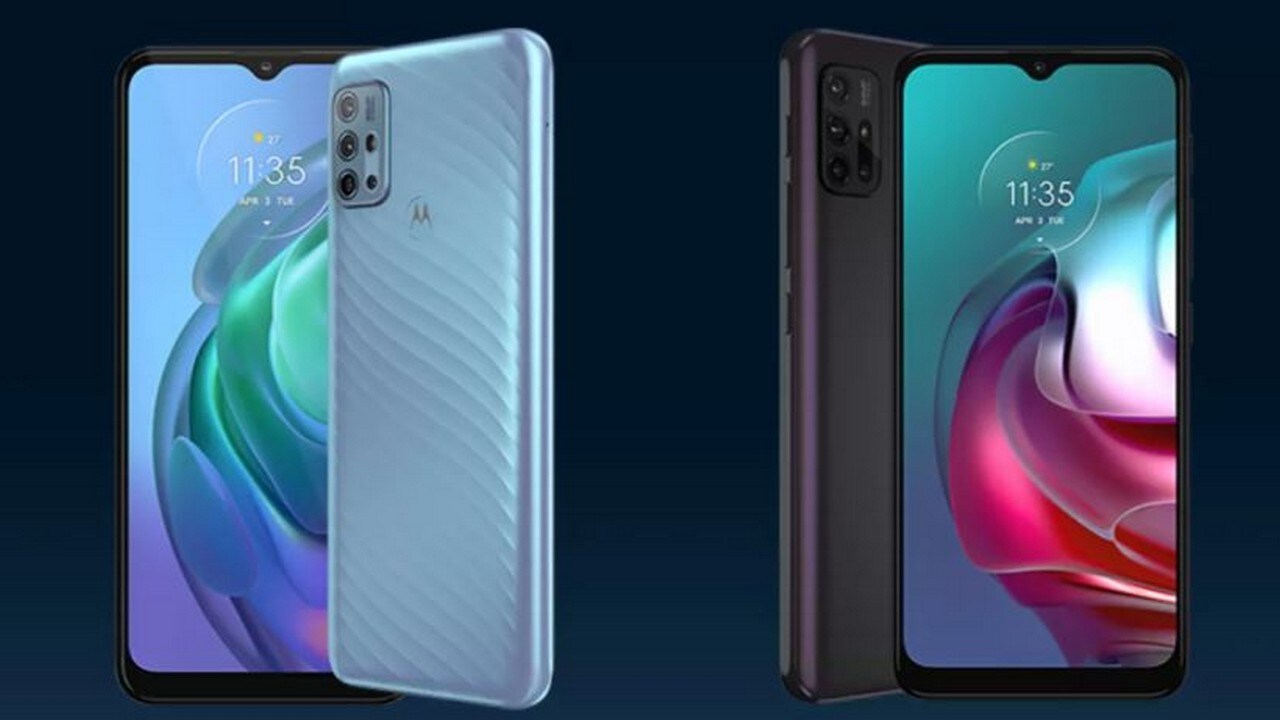 Motorola is all set to launch Moto G10 Power and Moto G30 in India today. A Flipkart teaser has revealed that both the smartphones will come with a quad-camera setup and a waterdrop notch display. The teaser also suggests that Moto G10 Power will also come with a 6,000 mAh battery and a 48 MP quad camera setup. For the unversed, Moto G30 already debuted in the European market last month. The two smartphones will launch at 12 pm on Flipkart today. Motorola has revealed a few key specs of the smartphone. Moto G10 Power will come with a 48 MP quad-camera setup and a waterdrop notch display. In addition to this, the smartphone will be equipped with a 6,000 mAh battery and will run on near-stock Android 11.

Wish you could explore more and binge-watch non-stop for longer hours? Well, your wish is our command with the brand-new #PowerfulAllRounder, #motog10power that comes with a powerful 6000 mAh Battery & more. Launching on 9th Mar, 12 PM on @Flipkart. https://t.co/1Wx1CWkDGa pic.twitter.com/lw07bkOa46

Going by the European variant, Moto G30 will come with a 6.5 inch IPS LCD display with a 720 x 1,600-pixel resolution and 90 Hz refresh rate. It is expected to be powered by the Snapdragon 662 processor plus Adreno 610 GPU. The phone is likely to run on Android 11 with some Motorola-developed features added on top. The phone might come in two storage options of 4 GB RAM or 6 GB of RAM and 128 GB of built-in storage along with some connectivity options like Bluetooth 5.0, Wi-Fi, NFC, and a variety of satellite positioning systems.

Who wouldn’t want to capture all their moments that look amazing from every angle? That is why we bring you the #SolidAllRounder #motog30 with the ultra high-res 64MP Quad Camera. Launching on 9th Mar, 12 PM on @Flipkart. Stay tuned! https://t.co/TcVa5DUzf0 pic.twitter.com/3W2Nv4EwbR

For the camera, the Moto G30 is likely to come with a 64 MP main sensor with Quad Pixel tech, an 8 MP ultra-wide-angle camera (118º) along with a 2 MP macro cam, and a 2 MP depth sensor. For selfies, the Moto G30 might feature a 13 MP selfie camera, housed in a notch.

The phone is expected to be equipped with a 5,000 mAh battery that can last up to 2 days of usage and features a quick 20W charging.

Twitter splits user’s feed into two, will roll out its own TikTok-like ‘For You’ page- Technology News, FP

What are Facebook Stars? Check process to enable and use feature- Technology News, FP