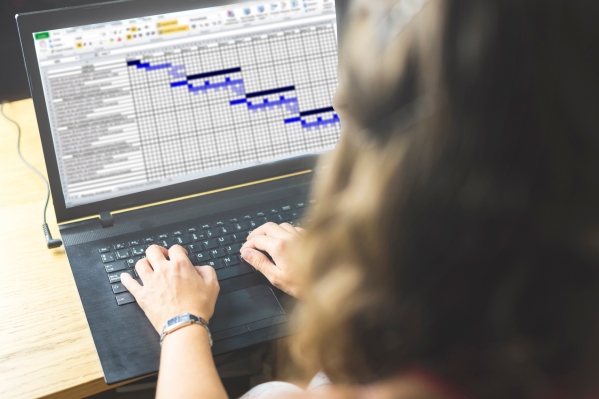 Alternative investments are having a moment. Their popularity has surged over the last decade, with the asset class growing from just over $3 trillion in 2008 to more than $10 trillion in 2019, according to data provider Preqin.

Institutions have fueled a large part of this growth, investing at record pace into alternatives like crypto, private companies and real estate. Some ultra-wealthy investors have made a windfall investing in alternatives using tax-advantaged accounts, a strategy billionaire Peter Thiel used to grow his Roth individual retirement account from $2,000 to $5 billion in 20 years, tax-free, ProPublica reported last year.

Now, average investors are seeking a slice of these markets, lured by the potential of making outsized returns, which are even more appealing if they come tax-free.

While investing dollars from one’s tax-advantaged retirement account in alternatives has long been legal, it has remained largely inaccessible to average retail investors. Veteran investor Eric Satz realized this in 2013 when he first tried to deploy money from his IRA into private companies and was met with pushback from his financial advisor, who was concerned about the potential risks, Satz told TC in an interview.

After 10 weeks of research and logistical hurdles, Satz was finally able to make his first tax-advantaged alternative investment through a self-directed IRA.

“At the end of this 10-week process that seemed to have the goalposts constantly moving in terms of what was required in order to make the investment, I wrote the custodian that I was using a check for the privilege of making this investment that I discovered and did all the homework and research on,” Satz said.

Frustrated with these complexities, Satz tried to go through the same process using three different custodians, and found that his experience “got worse each time.” The onerous process, according to Satz, explains why less than 2% of the $35 trillion in assets sitting in individual retirement accounts is invested in alternatives. In contrast, most high-net-worth investors and institutions have much higher allocations to alternatives, ranging from anywhere between 15 to 80%, Satz said.

Retirement accounts are particularly suited to making early-stage investments in private companies because of their long duration and risk-return profile, Satz said. Using self-directed IRA companies to make such investments was costing Satz over $500 a year in fees, a problem he aimed to solve for others by launching Alto in 2018.

Alto’s self-directed IRA platform provides a simpler, more affordable option for individuals to invest their retirement savings into alternatives, according to the company. The Nashville-based startup provides its users with access to a host of alternatives through its partnerships with over 70 investment platforms, including AngelList, Grayscale and Masterworks, the company says.

Alto hosts nearly 20,000 funded accounts representing close to $1 billion in assets, Satz said — and 40% of the accounts are dedicated to holding cryptocurrency, he added.

Alto announced today that it has raised $40 million in Series B funding led by Advance Venture Partners, whose founder and managing partner David T. ibnAle is set to join the company’s board of directors. Existing investors Unusual Ventures, Acrew Capital, Alpha Edison, Foundation Capital, Gaingels and Coinbase Ventures also participated in the round. Alto last raised $17 million for its Series A in April 2021.

The startup plans to use the fresh funding to grow its team of product and engineering employees from 50 today to 120 by the end of 2022, Satz said. It also plans to grow its content offering to help investors educate themselves on alternatives, though the company is not a registered broker-dealer or investment advisor.

While crypto is one of the fastest-growing areas of interest for Alto users, Satz said he expects demand to grow in other areas, including private company investing and artwork.

“I think what you’ll see from us in Q1 and Q2 is greater penetration into collectibles and collectibles marketplaces. There’s just some product innovation that we are coming out with that will make that a lot easier for most folks,” Satz said. “I [also] think we’ll see some innovation in 2022 in fund access, and the ability for more people to participate in fund investing.”

#StartupsVsCovid19: How Founders And VCs Are Amping Up Efforts To Solve India’s Covid Resource Crunch

5 Ways You Can Profit from Your Empty Office Space