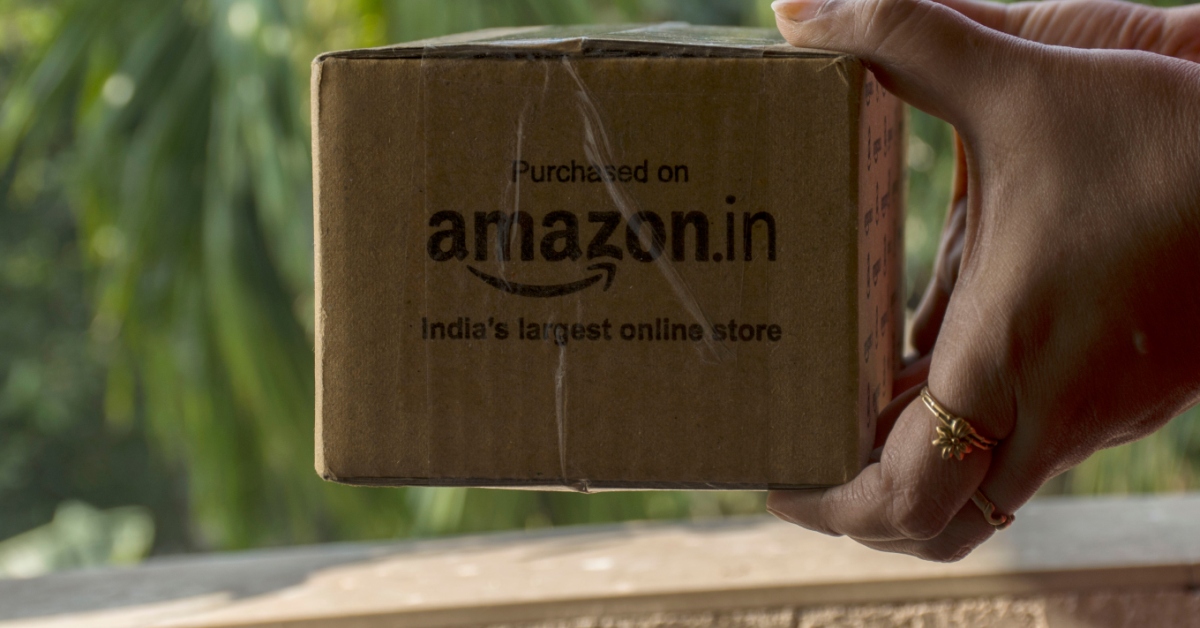 Users pointed out that products such as chocolate wrappers, face masks, ceramic mugs, keychains and kids clothing had the flag’s imprint

In 2017, the ecommerce giant faced similar criticism after a doormat bearing the imprint of the national flag was listed on Amazon’s Canadian website

Amazon is facing the ire of Indian Twitter users with the hashtag #Amazon_Insults_National_Flag trending in India today. Most of the posts under the hashtag talk about Amazon selling various products featuring the Indian tricolour.

Users pointed out that products such as chocolate wrappers, face masks, ceramic mugs, keychains and kids clothing had the flag’s imprint, which they claimed is against the Flag Code Of India, 2002.

As per the code, “The Flag shall not be used as a portion of a costume or uniform of any description. It shall not be embroidered or printed upon cushions, handkerchiefs, napkins or boxes.” 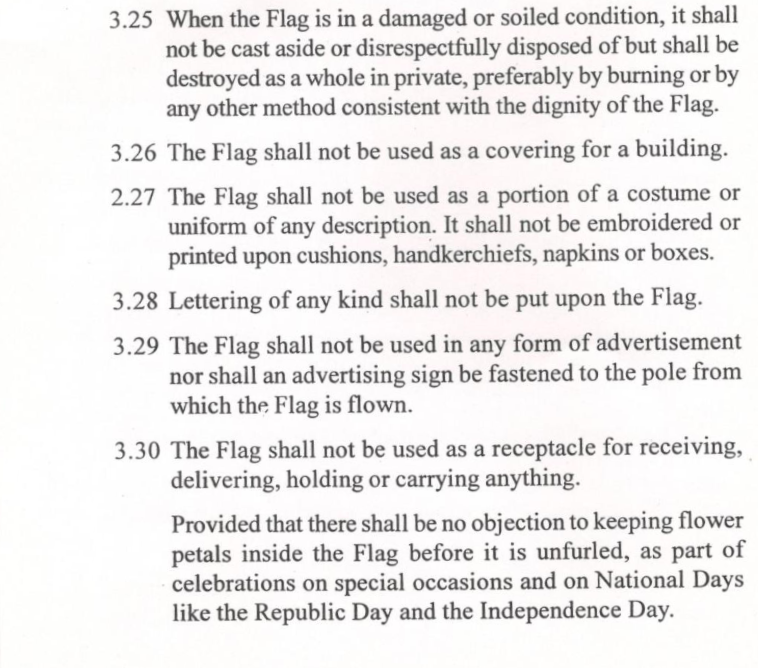 Several users took to social media to express their anger against Amazon, which had seen a similar controversy in 2017. While some users called out Amazon for using a ‘cheap method’ to increase sales, others pointed out that the company is trying hard to please Indian consumers through a show of patriotism. Last week, the ecommerce giant had conducted a Republic Day sale ahead of the 73rd Republic Day on January 26, 2022.

While the veracity of all the products being posted by Twitter users could not be ascertained, a cursory search on Amazon India did reveal certain products such as face masks, clothing — primarily being sold by Indian sportswear brand Triumph —  and other knick-knacks such as keychains. However, we could not find any shoes with the Indian flag as alleged by many users. 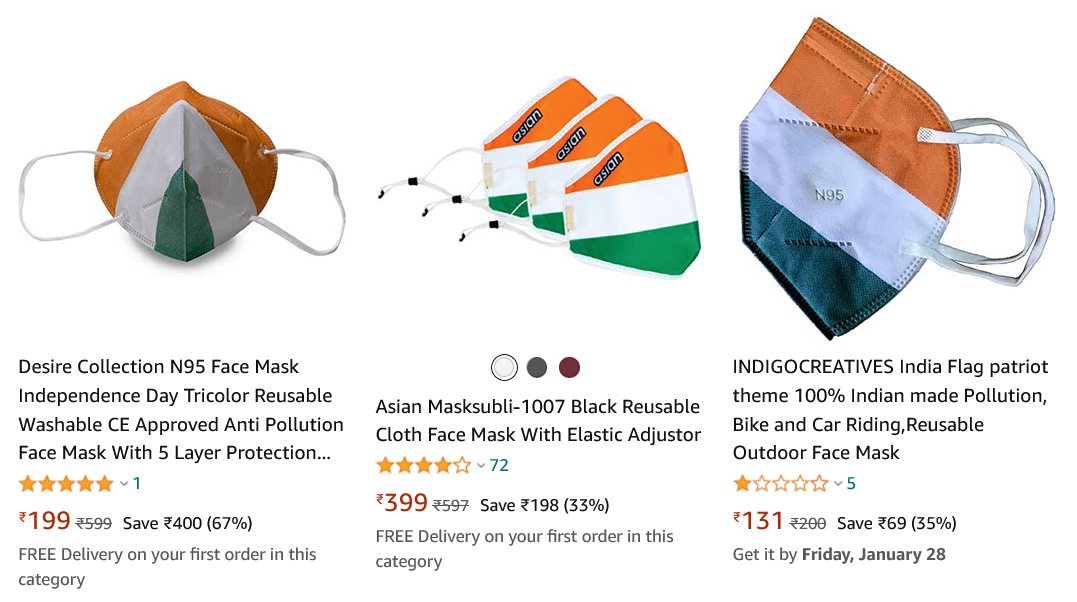 It must also be noted that some users are simply posting images showing various products with the Indian flag, but these images are not necessarily from Amazon India, but also show Google Image search results, which are not indicative of products being sold on Amazon.

In 2019, the company was alleged to be selling toilet seat covers, and doormats with prints of Hindu religious figures, which prompted a similar boycott campaign.

Before that in 2017, the ecommerce giant faced similar criticism after a doormat bearing the imprint of the national flag was listed on Amazon’s Canadian website. At the time, the Indian government had urged the US and Canadian embassies to raise the matter with Amazon’s senior leadership.

Ex-Amazon CEO and the company’s founder Jeff Bezos had said that a global audit would be conducted by the company, where such products would be removed from the platform.

Amazon had said at the time that Indian laws governing the use of the national tricolour and other emblems had become an integral part of the global compliance process for sellers and products.

Over the past couple of years, Amazon has faced many public protests over alleged malpractices and violations of India’s foreign direct investment rules for ecommerce. The company has been investigated for these allegations by antitrust body Competition Commission of India as well as the Enforcement Directorate.

Amazon’s Future Saga And Other Controversies

Currently, the biggest controversy for Amazon involves its role in the Reliance-Future Retail (FRL) deal, which the US giant has opposed in courts and international arbitration centres since October 2020.

Amazon has banked on its 2019 investment in Future Coupons, which had placed a condition on the Future Group from entering into a transaction with specified entities, one of them being Reliance Retail.

However, earlier this year, the CCI temporarily suspended the 2019 deal stating that Amazon had failed to notify the actual scope and purpose of the deal. On January 15, 2022, Amazon filed an appeal against the suspension decision at the National Company Law Appellate Tribunal (NCLAT).

Caught in a cash crunch, the Future Group has been looking at the Reliance deal as a route to clearing its sizable debt. Most recently, Amazon had proposed to infuse INR 7000 Cr in Future Retail through private equity fund Samara Capital.

While FRL’s independent directors previously sought clarifications over the deal, three of its directors have now refused the help. Future Retail is likely to move to the Supreme Court today (January 24, 2022) to ask for an extension of the deadline to lenders, but Amazon might still come out on top

In another matter, the Confederation of All India Traders (CAIT) has filed a petition with the Competition Commission of India (CCI) to block Amazon India’s acquisition of Cloudtail, one of the largest sellers on the platform. The petition alleges that some of the top sellers on the ecommerce platform are somehow connected to Amazon through common investors, directors and shareholders etc. and that Amazon gives these sellers an undue advantage with vested interests in mind.

“Essentially, Amazon holds a 24% stake in Prione as of today. However, by acquiring the shares of Hober Mallow, Amazon and its affiliated entities would have a 100% stake in Prione,” the petition stated.

After Viaplay, HBO Max comes to the Netherlands; to launch in 15 European countries

Everything You Should Know About Mobile Wallet Marketing