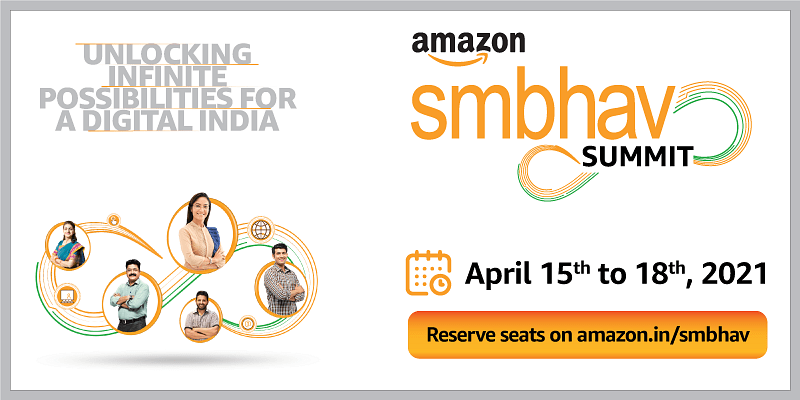 Small and medium businesses (SMBs) are often credited for bringing industrialisation to rural parts of India and have been referred to as a growth engine. Their share in employment generation is one of the largest in the economy.

According to FICCI, SMBs and micro enterprises employ over 11 million people. Given their importance to the country’s economic indicators, there’s a lot that SMBs can benefit from digitisation. From greater economies of scale, to higher productivity and more efficient use of resources, there’s a plethora of benefits that’s waiting to be discovered by undergoing a digital transformation.

To register for this one-of-a-kind event for SMBs, click here.

What’s in store for you

Taking place between April 15th to 18th, 2021, the summit is a chance for distributors, manufacturers, e-commerce firms, logistics aggregators, brands, service providers, startups and SMBs to learn how they can effectively pivot their business using technology.

The inaugural edition of the awards were held in New Delhi on January 15-16, 2020 and was attended by leading industry experts, SMBs, startups and other stakeholders. The event kicked off with an address by Amazon CEO Jeff Bezos, who committed an incremental investment of $1 billion for digitising SMBs. The other speakers who addressed the audience during the two-day event were Infosys Co-founder Narayana Murthy and Future Group CEO Kishore Biyani, among others.

A key feature of the summit is the Amazon Smbhav Awards, which looks to recognize the achievements of SMBs in India who managed to keep their head above water despite the challenging year that was 2020 . The awards will honour enterprises in eight categories — SMB digitization, exports, startup enablement, sustainability and climate change, women empowerment, innovation, skilling and job creation, and financial inclusion.

SMBs interested in nominating themselves for the awards can register themselves by clicking here.

Spotlight on the star startups

The summit will also include the Amazon Smbhav Startup Pitch Competition, which aims to nurture entrepreneurship by shining a light on startups and entrepreneurs who’re using innovation to drive impact in various categories.

Startups registered in India and those who have been established for no more than five years are eligible to apply. Apart from getting a chance to pitch their idea to venture capitalists and some of the brightest minds in the startup ecosystem, participants can look forward to taking home cash prizes, attending mentorship sessions and winning other prizes. Applications for the competition will be open for startups working in the following categories: consumer goods, fintech, emerging tech, edtech, social/sustainability and logistics.

During the event, participants will be able to attend thought-provoking sessions and keynotes and network with SMBs from different sectors and from across the country.

SMBs can expect to explore opportunities to work with business and tech partners who are ensuring ease of business in fields like logistics, delivery, communications, technological solution providers and strategic support services.

If you are an SMB who’s interested in attending the Amazon Smbhav Summit, then click here to register.

How to Optimize Your Facebook Business Page for the Latest Updates –

Velocity is addressing financing challenges with its revenue-based financing model