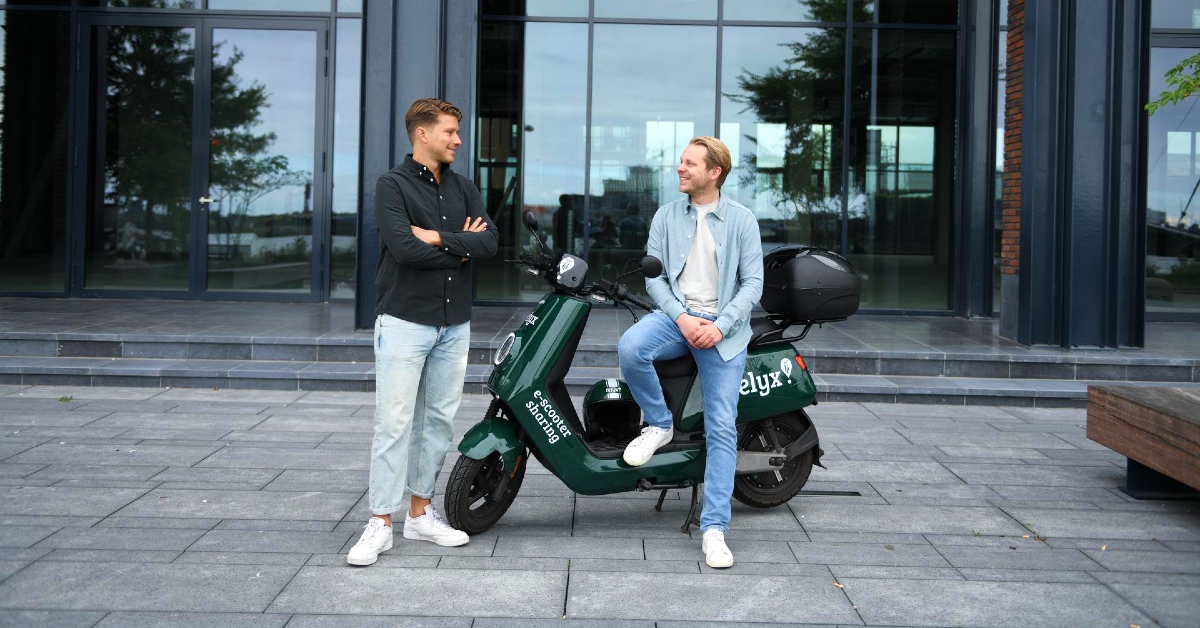 The Dutch startup Felyx is an electric scooter company that forayed into the last mile mobility sector back in 2016. It offers ride-sharing services in three Netherland cities and it also expanded its services to Belgium, in 2019. Felyx has now procured a notable €24M in its series A investment round. Here’s everything you need to know about the startup and why you should keep an eye on it.

Felyx to soon be available in these cities!

This equity financing for the startup was led by De Hoge Dennen Capital, the investment vehicle for the De Rijcke family, and current major shareholder and entrepreneur Anne-Marie Rakhorst.

The latest funding round for Felyx will be utilised for further fueling its expansion. The company plans to expand its services within Europe and launch its services in new regions, Germany and France, to further its Benelux expansion project. In an exclusive conversation with us, the company’s CEO and co-founder Quinten Selhorst tells us more about the company’s origin, business model, and expansion plans.

The company is considering France and Germany for expansion as it believes both these regions have notable potential. “In Germany, for example, there are no fewer than 28 cities that are of interest to us with a maximum of one competitor. In addition, France and Germany are relatively easy for us to travel to, so that we can share our knowledge and skills with the new city teams,” says Selhorst.

As for the particular new cities, Felyx will be available in, the list includes Dortmund, Cologne, Berlin, Düsseldorf, Hamburg and Paris. The actual rollout will depend on the company’s priorities based on its assessment of market potential, competition and whether it has received a permit. Similarly, the startup will slowly expand its offering to new cities in Benelux as well.

How it all started

Felyx was founded by Quinten Selhorst and Maarten Poot. The founders knew each other from an exchange in Stockholm and later became roommates in Amsterdam. The idea for Felyx was born when they took a shared car to meet a friend on the other side of town, however, it took quite a while due to the traffic. Meanwhile, they were overtaken by not only cyclists but also scooters.

This is where the idea that there were no shared mopeds available yet, struck the two. Since the duo was always on the lookout for entrepreneurial ideas, this one thrilled them. After some market research and assurance that this would work, they dived into it and later decided to quit consulting and start a business together. The initial years were difficult as they were fine-tuning the plans and figuring out funding while starting from scratch. However, they soon found angel investors and some crowd funders, which boosted their start in the summer of 2017 with 100 e-scooters in Amsterdam.

Not unlike most startups, Felyx also faced some initial challenges when it was starting out. Two initial hurdles, in fact, proved to be quite challenging for the company. “First of all, the acceptance capacity of cities to facilitate new mobility solutions has been one of the main obstacles. In addition, being able to attract the right people at every stage of our growth to facilitate this growth,” Selhorst remarks.

Felyx offers its e-scooters via its app, which is available for both Android and iOS users. One can use the app to sign up, locate and reserve, and activate the nearest e-scooter by the company. The rides provided by the company cost €0.30 per minute and run entirely on green energy since they are charged using renewable energy.

Users find the company’s services lucrative as signing up for it is free and there are no monthly subscription charges either. It also offers the option to park your scooter for €0.10 or to extend the reservation before using it for €0.15 per minute.

Felyx is also focusing on the corporate market, where it offers an option to lease dedicated scooters on a monthly basis. “Companies can lease one or a pool of scooters for their employees, and these vehicles are only visible to them in the felyx app. We take care of maintenance, insurance and technology, making it a carefree solution,” reveals Selhorst.

The company expects to at least double our revenue this year, with the help of this new capital.

Like any form of transport, Felyx places high importance on its user’s safety. It ensures all its e-scooters comply with local laws and regulations and supplies helmets for vehicles that are required to be worn by users.

Commenting on the safety measures, Selhorst says, “We combat reckless driving and other undesirable behaviour with our two strikes and you’re out model. Users receive €500 fine for drinking and driving, and they are permanently excluded from the scooter service after a second strike. Finally, we turn off the scooters at night from 01:00 – 06:00 in most cities to prevent this.”

The startup also takes care of its e-scooters on an average of every three days. In case of any defects, this is reported immediately and its local service partner is on the road daily, to repair damage and perform routine checks.

Since launching its operations officially in 2017, its users have covered 14 million kilometres in the Netherlands and Brussels on the green e-scooters. This is said to have saved around 1.117 tons of CO2-emissions. Felyx also claims that its batteries are charged with renewable energy, and its battery swapping vans are electric.

Currently, the company has over 140 people and is also actively hiring. It’s looking to hire Global Head of HR, Solution Architect, Senior Data Engineer, a General Manager for Germany, among others.

How to Stop Business Debts from Destroying Your Personal Finances

Opening a New Restaurant? Don’t Forget These 3 Areas for Success!

Diversity Data And Gender Equality: How much Do We Really Want It?

A Post-Covid Reality In India