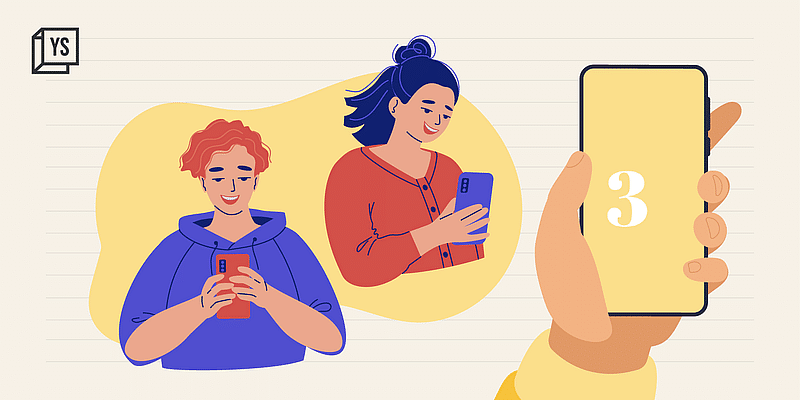 Most of us—from time to time—fall into the trap of overlooking the good things in life. While it is common knowledge that being grateful boosts happiness, we often need reminders to practice gratitude.

After coming across research on the benefits of daily gratitude reminders by Duke University, Oatmeal Apps came up with Three Good Things. It had earlier launched Prompted Journal and Listberry,

The app, which was launched in 2018, currently enjoys a 4.9-star rating and has over one lakh downloads, according to data available on the Google Play Store.

How to use the app?

Once downloaded from the Google Play Store or the iOS store, Three Good Things displays research by Duke University on the benefits of thinking about good incidents, which could be as small as seeing a sunset.

“Listing 3 good things that happen each day in a particular way increases happiness more effectively than Prozac,” the app reads.

The app then gives a quick tutorial. Its platform works on an ad-free model and says it does not collect user data, which means that you don’t have to create an account.

After the tutorial, the app asks users to set reminders. You could choose to set it up for night or morning.

Once the time is set, the app directly takes you to a page where you could list the nice things that have happened to you. The page has a date on the top followed by the question and a quote. For me it was, “So, it’s time to stop scaling back your shine. It’s time to stop trying to find that perfect middle of being ‘just right’,” by Emily Wilson.

While many motivational speakers and lifestyle content creators swear by listing good things during some time of the day, this app also has a ‘I felt’ section after you list a good incident that has happened to you.

Writing how you felt about the good thing makes you appreciate the incident even more. It also helps bring in more clarity. There is also a ‘Share with Friend’ icon. If you click on it, the app takes a screenshot of your entry and you could share it with your friends over WhatsApp, Instagram or email, among other platforms.

By clicking on settings, you could change the reminder time or even add more reminders.

An annual subscription of 1,050 unlocks more features on the app such as enabling night mode, listing up to five good things, and also creating a PDF file of entries.

Three Good Things has an instant calming effect. Its pastel cream and black coloured user interface reminds one of writing in an old journal instead of an app. Also, the daily new quote is a nice touch. But majorly the positivity comes from just thinking about all the good that’s there in life even if a lot of things are not going well.

However, the best feature of the app is probably its privacy. Three Good Things doesn’t collect data, which would allow people to be vulnerable without worrying about their data.

Personally, I am not sure about the “share with friends” feature of the app. Overall, the app is engaging as well as helps develop a sense of gratitude. Do give the app a go!

Medicine delivery by drones to be piloted in 16 green zones in T’gana, says Scindia

Infrastructure, innovation, inclusion – frameworks for a connected Africa from the Connect-to-Connect Summit