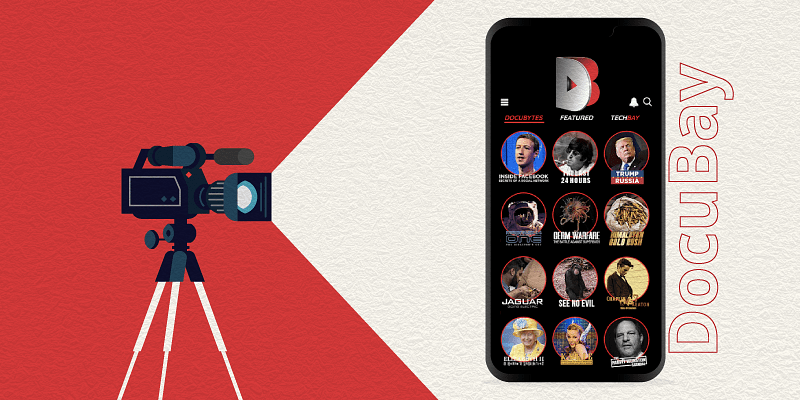 Existing local and global OTT operators didn’t quite focus on non-fiction content, until the launch of Discovery+ in India in March 2020. Today, Discovery+ is DocuBay’s primary competitor in the domestic video-streaming space.

DocuBay seeks to hit the sweet spot between long-form audiovisual storytelling (as seen on Netflix, Amazon Prime Video, Hulu, etc.) and non-fiction books with HD content that can be consumed on-the-go.

There are hundreds of documentaries to choose from across genres, including crime, nature, biography, culture, travel, history, music, sports, humanity, adventure, politics, and more, with one new title added each day.

Viewers can choose from three subscription plans: Annual (Rs 999), Quarterly (Rs 499) and Monthly (199). On the iOS ecosystem, DocuBay enables family sharing for up to six members.

The annual all-access plan offers unlimited downloads, two simultaneous streams and access to 4K titles, while the other two bundle a single stream and three downloads per month. Users also get some additional benefits in the annual plan.

DocuBay is targeted at urban, English-speaking audiences who want to stay informed about the pressing issues that concern humanity.

DocuBay also serves up an Instagram Stories-like curation of short snippets or free previews of documentaries in the DocuBytes section to whet the viewer’s appetite; and DocuBusters (documentary blockbuster) that house prominent releases that are either award-winning titles or ones that cover a vital subject.

You can also select the LIVE channel to sit back and enjoy a curated playlist of docus without having to choose anything manually.

There is a lot of emphasis on curation and discovery of content. Users can create their own watch lists on the app and also invite friends.

Does India need another OTT service on top of its 45-odd existing ones? Yes, if it can add a different kind of value and bring about a refreshing viewing experience.

The platform wants to break the myth that documentaries are boring, and appeal to the globally aware Indian, who has an affinity for content exploration and also the willingness to pay for streaming.

The 76-MB app replicates Netflix’s black-and-red colour scheme to good effect, and also takes a leaf out of the streaming giant’s documentary library.

Last year, DocuBay won a Special Mention in the ‘Entertainment’ category in the AatmaNirbhar Bharat App Innovation Challenge. Special mentions are awarded to apps that “have the potential to be winners in future”, the government stated.

It’s still early days for DocuBay, but it has great potential to become an infotainment powerhouse — built in India for the world.

How law firm Lexygen’s pledge of Rs 1.10 Cr worth of free legal advice will help startups