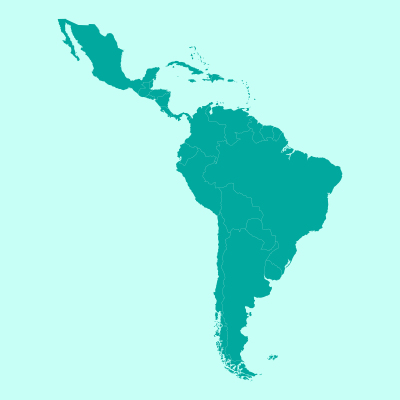 Merama, a five-month old e-commerce startup focused on Latin America, announced today that it has raised $60 million in seed and Series A funding and $100 million in debt.

The money was raised “at well over a $200 million valuation,” according to co-founder and CEO Sujay Tyle.

“We are receiving significant inbound for a Series B already,” he said.

Tyle, Felipe Delgado, Olivier Scialom, Renato Andrade and Guilherme Nosralla started Merama in December 2020 with a vision to be the “largest and best-selling set of brands in Latin America.” The company has dual headquarters in Mexico City and São Paulo.

Merama partners with e-commerce product sellers in Latin America by purchasing a stake in the businesses and working with their teams to help them “exponentially” grow and boost their technology while providing them with nondilutive working capital. CEO Tyle describes the company’s model as “wildly different” from that of Thras.io, Perch and other similar companies such as Valoreo because it does not aggregate dozens of brands.

“We will work with very few brands over time, and only the best, and work with our entire team to scale and expand these few businesses,” Tyle told TC. “We’re more similar to The Hut Group in the EU.”

Merama expects to sell $100 million across the region this year, more than two times the year before. It is currently focused on Mexico, Brazil, Argentina and Chile. Already, the company operates “very profitably,” according to Tyle. So the cash raised will go primarily toward partnering with more brands, investing in building its technology platform “to aid in the automation of several facets” of its partners’ brands and in working capital for product innovation and inventory purchases.

The 42-person team is made up of e-commerce leaders from companies such as Amazon, Mercado Libre and Facebook, among others. Tyle knows a thing or two about growing and building new startups, having co-founded Frontier Car Group, which sold to OLX/Naspers for about $700 million in 2019. He is also currently a venture partner at Balderton.

“Merchants are seeing hypergrowth but still struggle with fundamental problems, which creates a ceiling in their potential,” Tyle told TC. “For example, they are unable to expand internationally, get reliable and cost-effective working capital and build technology tools to support their own online presence. This is where Merama comes in. We seek to give our partners an unfair advantage. When we decide to work with a team, it is because we believe they will be the de facto category leader and can become a $1 billion business on their own.”

Merama collaborates with e-commerce giants such as Amazon and Mercado Libre, and several executives from both companies have invested in the startup, as well.

“In our two decades scaling businesses in Europe, we have seen firsthand what defines eCommerce category leaders,” he said in a written statement. “What they have already achieved is breathtaking, and it is just the tip of the iceberg.”

“That is why we like Merama’s approach to partnering with these established brands and provide them unparalleled support to scale their operations in an efficient way,” he added.

5 Ways To Improve Your Client Communication

3 Industries Embracing the World of CBD