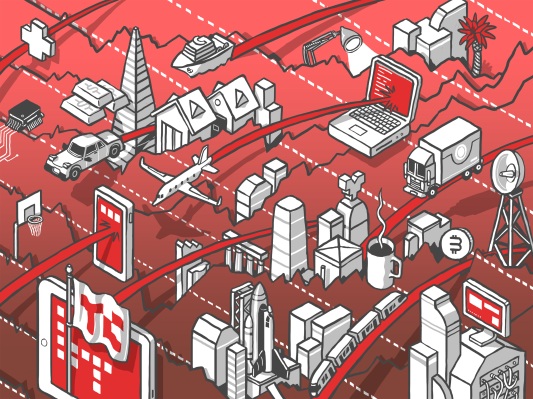 From the next big thing to rueful error, the global SPAC market has had a big few years. So-called blank check companies, which take a skeleton corporation public with the aim of later merging with a private entity, can offer a quick path to the world’s stock markets. They can also, as we’ve re-learned in recent quarters, incinerate shareholder wealth and potentially expose retail investors to outsized risk.

The 2020-2021 period of excess investor ebullience led to a surge in SPAC listings and, later, combinations. The result of the flurry of deals, centered in the United States, is largely a series of smoking craters on the public markets. This is not news, entirely. It has been some time since TC declared the SPAC wave a failure, at least in terms of taking a useful portion of the unicorn backlog public; the tally of startups worth $1 billion or more that need to find an exit grows every month, a trend that SPACs were unable to halt.

Read it every morning on TC+ or get The Exchange newsletter every Saturday.

But while SPAC might as well be a bad word in the United States today, there is blank-check activity elsewhere that’s worth our attention. Most notably, this week’s SPAC combination from Deezer, a European music streaming service that competes with Spotify. Taking the SPAC route this late in 2022 might appear counter-trend, but there are some regulatory and choice-based differences in the European public markets that left us with a slightly more palatable taste in our mouth regarding the Deezer deal. (Our initial read of the deal can be found here.)

Still, the company lost ground in its first trading sessions, meaning that some elements of SPAC deals do appear similar on both sides of the Atlantic. Let’s chat through the final results of the Deezer deal, how quickly the IPO market has changed more generally, and then drill into the European SPAC market in the wake of Deezer’s demonstrative debut.

According to the company, after it closed its merger with public company I2PO, Deezer raised €143 million worth of new capital in its SPAC deal. That figure is inclusive of funds provided by the SPAC partner and private money flowing into a public company (PIPE) from prior Deezer backers.

Per the company, the new capital will be used to “fund its next stage of growth.”

The amount of money raised by Deezer may seem like a victory; any nine-figure round in 2022 is a win, after all. But it is lower than it could have been, with Deezer noting in its SPAC news release that its IPO partner had “€275 million held … in a dedicated deposit account” along with a PIPE deal worth “up to €119 million.” So how did Deezer wind up with only €143 million? Redemptions, more or less, or funds pulled from the deal by “Dissenting Market Shareholders,” to quote the companies in question.

Still, capital raised, shares floated. That’s a win, yeah? Somewhat. After trading at just under €10 per share before the combination, shares of Deezer plunged to €6 per share as of the time of writing, indicating that while the transaction was completed, work remains ahead for the music streaming company to convince investors to tap their feet along with its beat.

A global slowdown sinks all ships