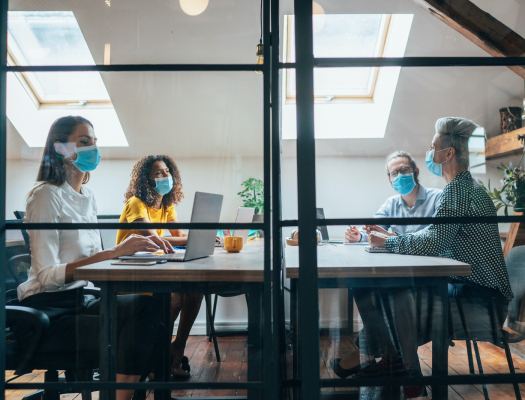 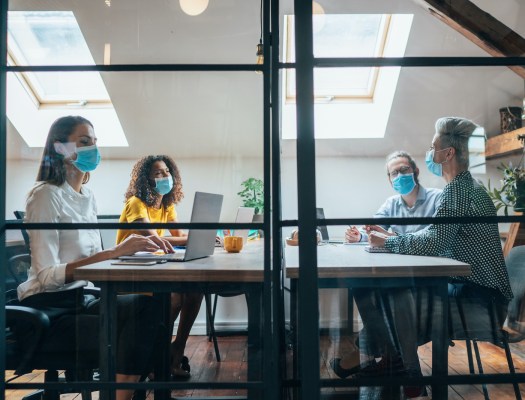 The pandemic forced many employees to begin working from home, and, in doing so, may have changed the way we think about work. While some businesses have slowly returned to the office, depending on where you live and what you do, many information workers remain at home.

That could change in the coming months as more people get vaccinated and the infection rate begins to drop in the U.S.

As that happens, it is likely that more offices will reopen. We’ve already heard from major employers like Salesforce, which indicated it will be allowing a percentage of its workforce back to the office this month, starting with the company’s San Francisco headquarters. The CRM giant plans to move slow and follow the government’s lead, allowing 20% capacity at first and hoping to build to 70% over time.

Most companies aren’t the size of Salesforce, which boasts a worldwide workforce of more than 50,000 employees. These smaller companies often don’t control entire skyscrapers, as Salesforce does in San Francisco. That creates complicating factors, including managing people who aren’t willing to be vaccinated, dealing with social distancing and masking, and sharing buildings or floors with other companies.

Even more, many companies have discovered that their employees work just fine at home. And some workers don’t want to waste time stuck on congested highways or public transportation now that they’ve learned to work remotely. But other employees suffered in small spaces or with constant interruptions from family. Those folks may long to go back to the office.

On balance, it seems clear that whatever happens, for many companies, we probably aren’t going back whole-cloth to the prior model of commuting into the office five days a week.

Last August, we spoke to a number of tech company executives about what returning to the office could look like. We recently went back to most of those same executives, as well as a Rhode Island state official and a medical expert we spoke to then to revisit the idea and talk about what’s changed and what work could look like as move slowly toward the post-pandemic era.

The office will never be the same

While their approaches vary, all of the executives I spoke to said that they foresee adopting a hybrid model when they can return in earnest, although there were definitely different interpretations of what that means, and what the office structure will look like.

10 Reasons That New Ventures Are All About Execution