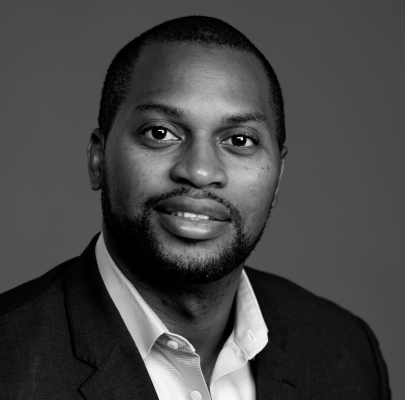 Wale Ayeni, one of Africa’s well-known investors, has a new role as the head of Helios Digital Ventures, the venture capital strategy of private equity firm Helios Investment Partners, TC has learned.

This appointment comes a month after Ayeni left the International Finance Corporation (IFC), the private sector arm of the World Bank Group, where he led venture capital investments across Africa, the Middle East and Central Asia for over 5 years.

Ayeni has a similar function at Helios Digital Ventures: to spot and back disruptive startups in frontier markets, particularly in Africa and the Middle East.

The firm, which, according to Ayeni, spun out from a conversation between himself and Helios Investment Partners’ founders, has backed one startup already: Egyptian payments company Paymob. The fintech provides an omnichannel payment infrastructure for merchants to accept payments via various methods such as bank cards, mobile wallets, QR payments and POS. It raised $50 million in Series B earlier this month, in a round that marked PayPal Ventures’ first MENA investment.

Paymob offers a glimpse into the blueprint of Ayeni and Helios Digital Ventures’ investment thesis: it’s at a stage that Ayeni dubs “early-growth” and is in a vital sector that affects a large segment of the population.

“I’ll call it a mid-cap VC fund. It’s not early, and it’s not quite growth. It’s early growth,” Ayeni told TC, describing the stage he considers the fund to play in. “What we’re trying to do from a strategy perspective is to say what sectors are large enough from an addressable market point of view and affect or impact the mass market.”

He also mentioned that the fund would scout for startups in other sectors — that is, frontier technologies such as crypto, web3 and biotech — especially as venture capital keeps evolving quickly.

“I think that you get the greatest impact or provide a lot of value when you match frontier technology with frontier markets, regions with no legacy from an adoption perspective,” he stated.

Ayeni and the Helios Investment Partners team declined to comment on the VC firm’s overall fund size. But sources close to the matter believe that the new fund will target between $5 million and $20 million in “early-growth” and follow-on checks.

The firm is still raising money, hence its hesitancy to disclose some details. Yet, achieving its fund target will determine if the team can replicate similar levels of success in the VC world, particularly in a funding environment that has done an about-face from last year, resulting in enormous losses for hedge funds like Tiger Global.

This market downturn also affects startups, big and small, as their finances and valuations take a beating. But despite market forecasts of peril in startup land, Ayeni is upbeat and believes the VC firm will back legacy businesses in frontier markets just as its Helios Investment Partners did with Interswitch and Fawry, decades-old fintechs that it has partially exited.

“Obviously, multiples have collapsed, which is not necessarily bad. In both good and tough times, good companies are still good companies,” Ayeni said.

“One would argue that good companies differentiate themselves in tough times; it is easy to see who has been creating value versus ones that have been focused on ‘vibes,’” he added. “I contend that there is a lot of value to be created in frontier markets.”

Ayeni started his career as a microprocessor design engineer with Intel Corp. and later with Qualcomm. He then launched his finance career with JP Morgan’s technology investment banking group in San Francisco. He executed more than $12 billion worth of closed transactions, spanning M&A to IPOs for large-cap technology clients.

Before the IFC, Wale led venture capital early-stage investments for Orange in the U.S. and was a principal advisor for early-stage Pan-African fund EchoVC from 2013 to 2016.

Under Ayeni’s watch across three roles in the IFC, the organization backed more than a dozen African tech companies. Some of them include unicorns Andela and Wave; he led the firm’s investments in the latter, as well as Africa’s Talking, Kobo360, MaxAB, Brimore, TradeDepot and Twiga. He was a board director at some of these startups.

On his decision to leave the IFC to Helios, Ayeni said that while he thoroughly enjoyed his stay at the IFC, it was time for him to return to the private sector because he believed that frontier markets would benefit “a lot more from commercial and private sector capital and participants,” which is what Helios Digital Ventures offers.

Tope Lawani, the co-founder and managing partner of Helios Investment Partners, said the team brought Ayeni onboard because of his global experience in the venture asset class and a deep understanding of the African markets and tech ecosystems.

He also stated that his PE firm will support Helios Digital Ventures-backed startups with private equity as they mature.

There are very few funds with large ticket sizes like Helios Digital Ventures dedicated to frontier markets. But from an African lens, funds like Norrsken22, Juven, TLcom Capital and Partech Africa come to mind.

“One thing that will potentially differentiate Digital Ventures Fund from other funds out there will be expertise around frontier markets, about what frontier markets look like, not what people read about.” Ayeni noted.

New Age Startup Ideas for 2021 and Beyond