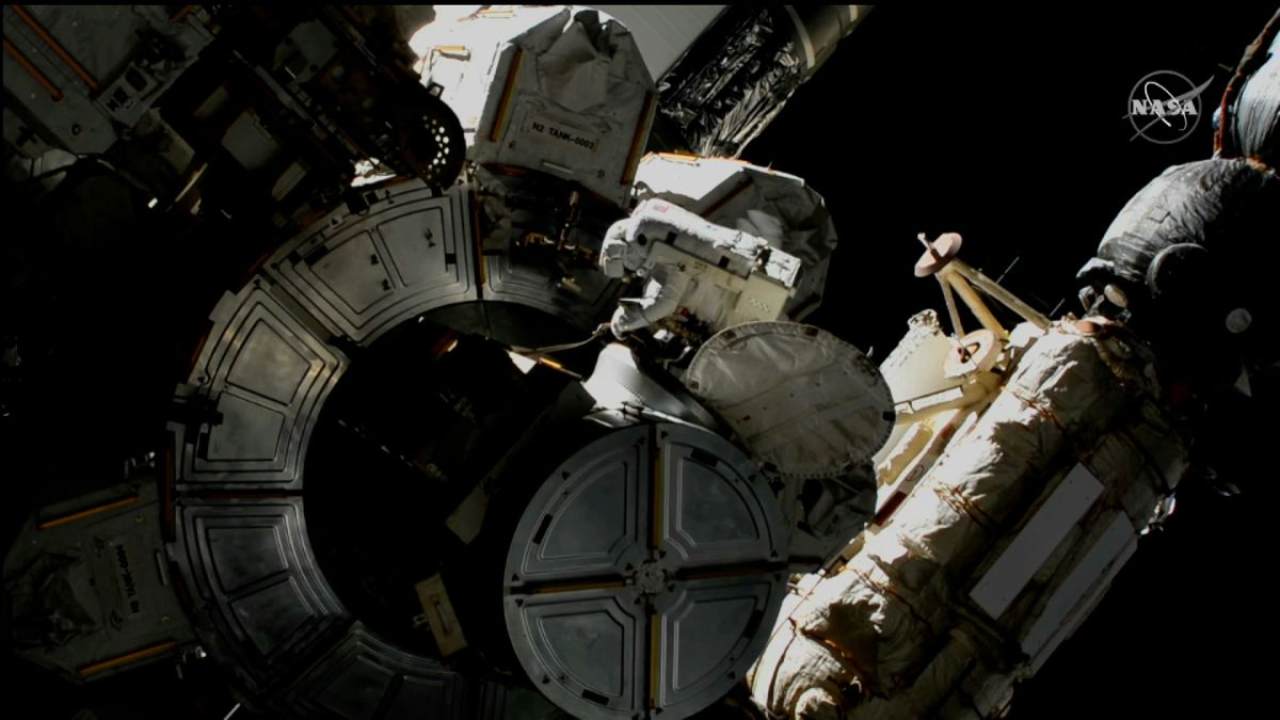 Spacewalking astronauts had to take extra safety precautions Saturday after possibly getting toxic ammonia on their suits from the International Space Station’s external cooling system. Victor Glover and Mike Hopkins had no trouble removing and venting a couple of old jumper cables to remove any ammonia still lingering in the lines. But so much ammonia spewed out of the first hose that Mission Control worried some of the frozen white flakes might have gotten on their suits. Hopkins was surprised at the amount of ammonia unleashed into the vacuum of space. “Oh yeah, look at that go. Did you see that?” he asked flight controllers. “There’s more than I thought.”

Even though the stream of ammonia was directed away from the astronauts and the space station, Hopkins said some icy crystals may have contacted his helmet. As a result, Mission Control said it was going to “be conservative” and require inspections.

NASA did not want any ammonia getting inside the space station and contaminating the cabin atmosphere. The astronauts used long tools to vent the hoses and stayed clear of the nozzles, to reduce the risk of ammonia contact.

Once the ammonia hoses were emptied, the astronauts moved one of them to a more central location near the NASA hatch, in case it’s needed on the opposite end of the station. The ammonia jumper cables were added years ago following a cooling system leak.

As the nearly seven-hour spacewalk drew to a close, Mission Control said the astronauts had already spent enough time in the sunlight to bake off any ammonia residue from their suits. Indeed, once Glover and Hopkins were back inside, their crewmates said they could smell no ammonia but still wore gloves while handling the suits. 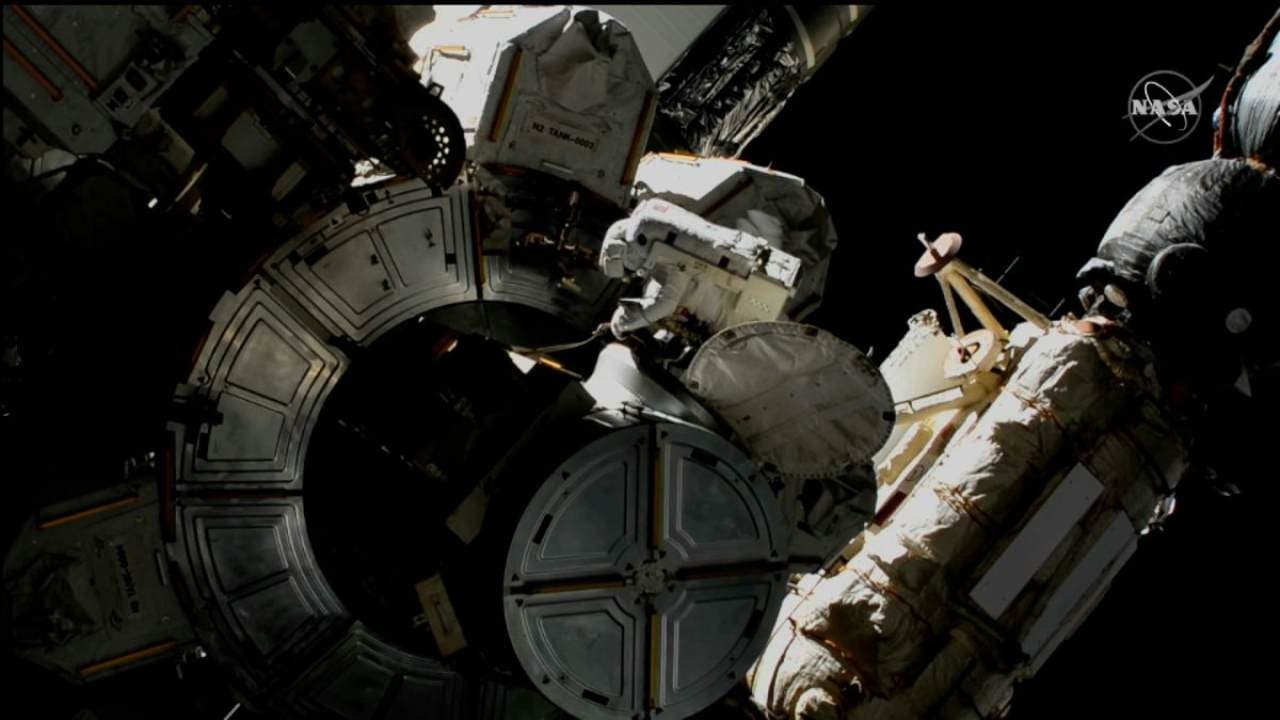 Glover and Hopkins arrived on the space station in November as part of the NASA-SpaceX Crew-1 mission. This was the Glover’s fourth spacewalk and the fifth for Hopkins. Image: NASA

The hose work should have been completed during a spacewalk a week ago, but was put off along with other odd jobs when power upgrades took longer than expected.

Saturday’s other chores included: replacing an antenna for helmet cameras, re-routing Ethernet cables, tightening connections on a European experiment platform, and installing a metal ring on the hatch thermal cover.

Eager to get these station improvements done before the astronauts head home this spring, Mission Control ordered up the bonus spacewalk for Glover and Hopkins, who launched last November on SpaceX. They teamed up for back-to-back spacewalks 1 1/2 months ago and were happy to chalk up another.

“It was a good day,” Glover said once back inside.

Although most of their efforts paid off, there were a few snags.

The spacewalk got started nearly an hour late, so the men could replace the communication caps beneath their helmets in order to hear properly. A few hours later, Glover’s right eye started watering. The irritation soon passed, but later affected his left eye.

Then as Glover wrapped up his work, a bolt came apart and floated away along with the washers, becoming the latest pieces of space junk.

“Sorry about that,” Glover said. “No, no, it’s not your fault,” Mission Control assured him.

It was the sixth spacewalk — and, barring an emergency, the last — for this US-Russian-Japanese crew of seven. All but one was led by NASA.