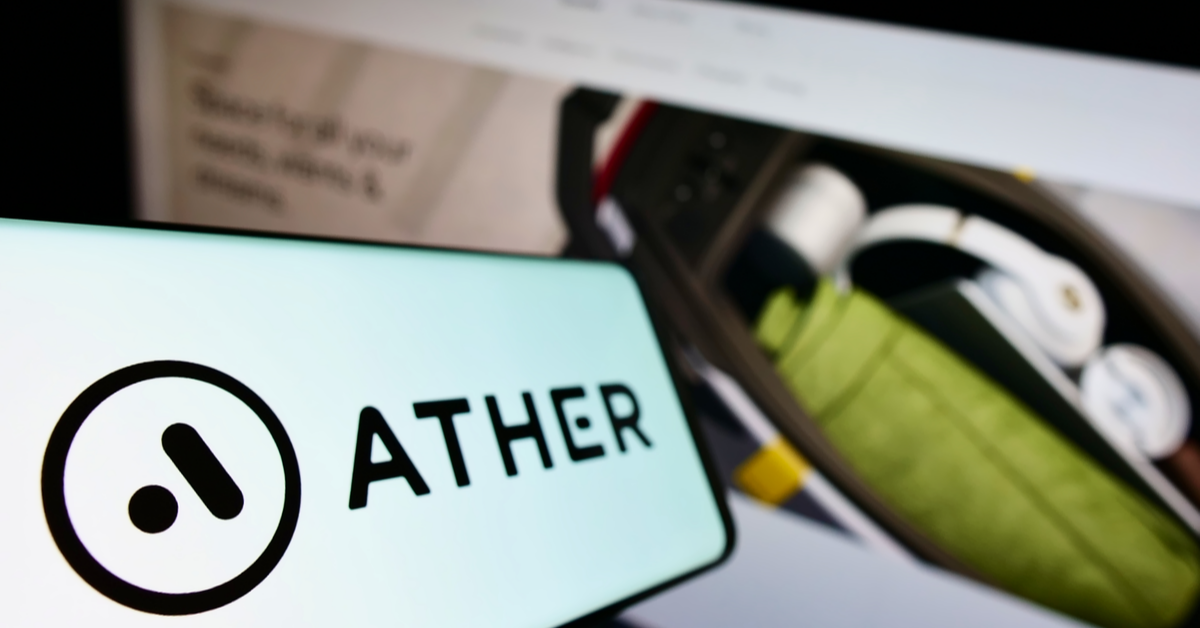 Bengaluru-based two-wheeler electric vehicle (EV) startup Ather Energy reported more than a 5X year-on-year (YoY) growth in its operating revenue in FY22, driven by a significant rise in sales of its vehicles.

Ather Energy’s operating revenue grew to INR 408.5 Cr in FY22 from INR 79.8 Cr seen in the previous fiscal, as per its regulatory filing.

The startup’s expenses grew to INR 758 Cr in FY22 from INR 321.6 Cr in FY21, mainly due to a rise in cost of materials consumed, which contributed about 50% to the total expenditure. 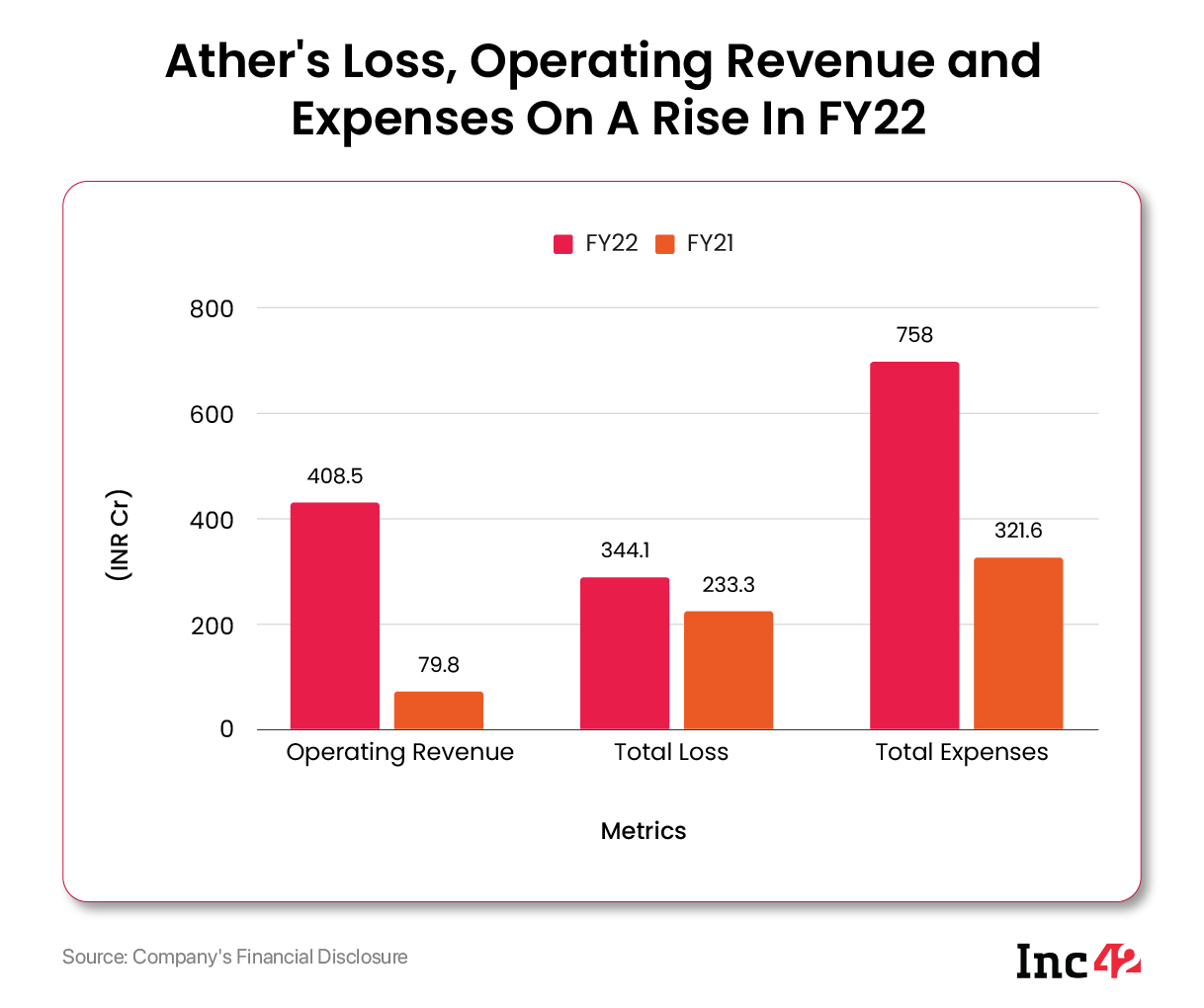 Employee benefit expenses was the second-largest contributor to its total expenditure for the year. The EV startup spent a total of INR 114.8 Cr in FY22 on employee benefits, a rise of about 75% YoY.

Advertising and promotional expenses accounted for 6% of total spending for the year, rising to INR 45.5 Cr in FY22 from INR 31.5 Cr in FY21. 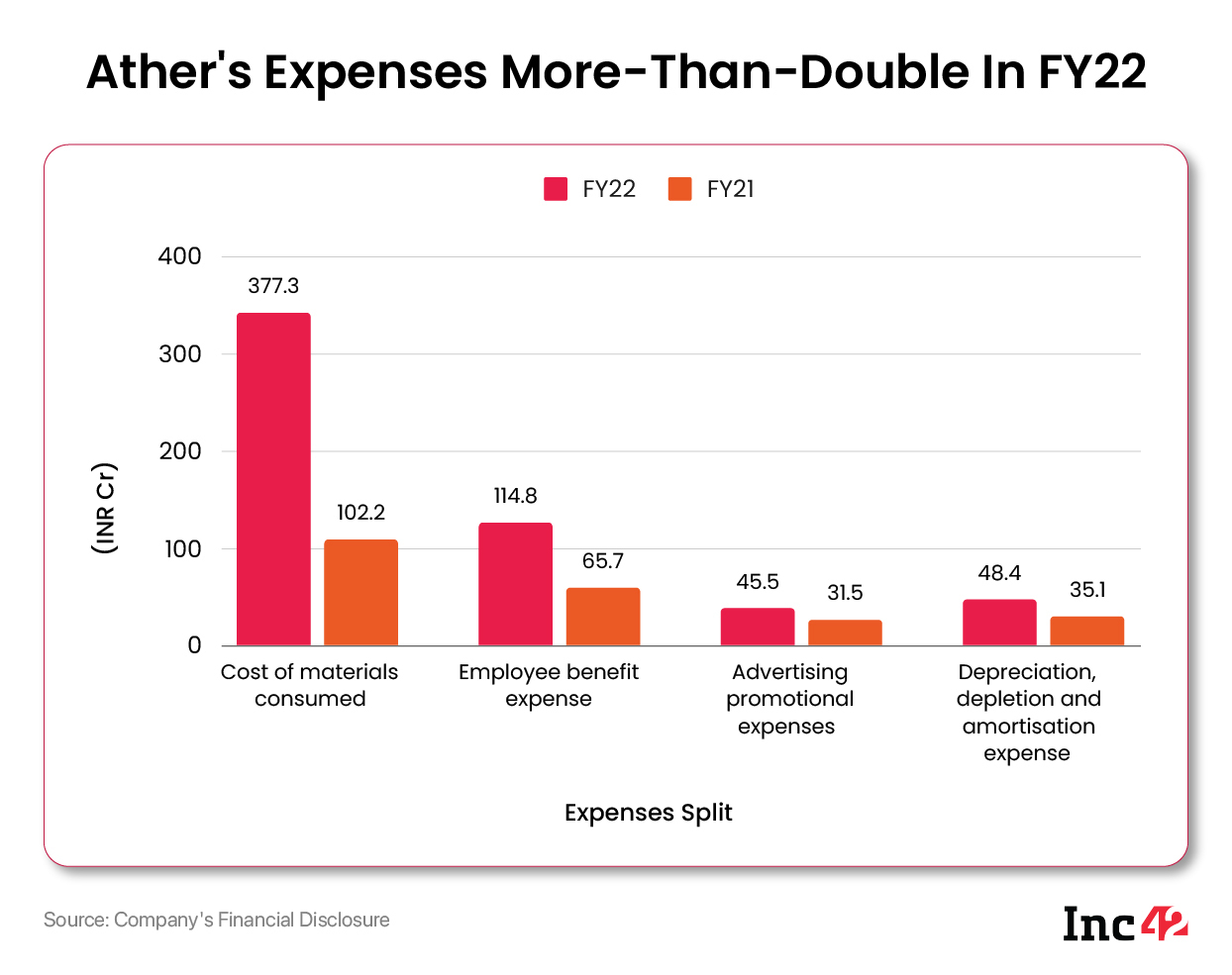 As per the filing, Ather Energy sold (retail) 23,408 units of its escooters in FY22 as compared to 5,523 units sold in the previous fiscal year.

Ather 450X model constituted about 81% of the total units sold in the year, while the remaining sales of around 19% were of the Ather 450 Plus model. This also suggests that Ather Energy has good traction among premium scooter buyers.

This growth of over 4X in retail sales volumes was achieved despite severe supply chain constraints and delays in availability of some critical components for EVs. The supply chain issues constrained the startup to be able to service only 50% of the orders received during the year, the regulatory filing stated.

Ather Energy also noted in the filing that expanding its geographical footprint was a key focus area during the year. It increased the number of ‘Experience Centres’ to 34, spread across 28 cities, in FY22 from nine such centres in as many cities last year.

Besides EVs, on the charging infrastructure front, Ather energy launched the second-generation of fast charging systems. It set up 203 fast-charging stations during the year, taking the total number of charging installations to 351 across 28 cities.

Talking about its outlook, the filing mentioned “the penetration of EV scooters in the overall scooter industry reached 11% in Q4 FY22 with March 2022 touching 12.5% penetration.”

“This is faster than any of the industry predictions. However, the outlook on the supply side continues to be challenging with several unpredictable factors. Shortage of battery cells and chips are two of the major factors that continue to be a concern for the near future,” it read.

The recent cases of two-wheeler EV fires from “other brands” and the subsequent vehicle recalls were also highlighted in the filing.

“Your Company has been able to consistently build the reputation of being a brand that has reliable and well-built products, a wide & capable network, strong brand awareness and a customer-centric approach. This is expected to hold the Company in good stead in FY23 as it enters a very high growth phase,” the filing stated.

While its rivals such as Ola Electric, Okinawa Autotech, Pure EV have repeatedly come under negative light for various safety incidents, for the first time in four years since its launch, Ather Energy reported a fire incident at one of its experience centres in Chennai last month.

However, later Ather Energy said in a statement that the incident occurred in a damaged vehicle when water entered the cracks of its battery pack, leading to a fire.

Total two-wheeler EV sales dropped on a month-on-month basis in May, as many OEMs reported lower sales. However, Ather Energy’s sales grew about 36% MoM to 3,328 units.

Is It Bullying Or Is The Legal Notice Justified?

What will it take to deliver good governance riding on the power of technology?