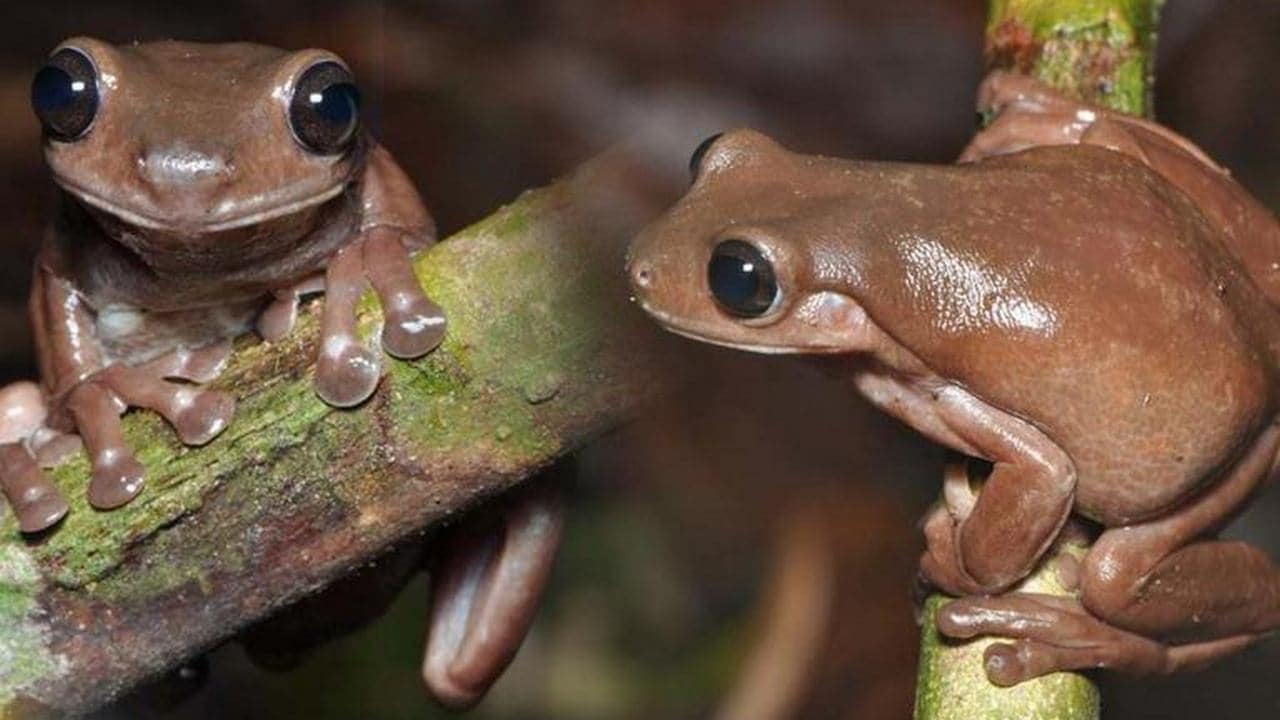 A unique species of frog that appears to be made from chocolate lives in the rainforests of New Guinea, Australia. A team of Australian scientists who came across this species termed it ‘chocolate frog’ because of its colour and texture. Usually, tree frogs are known for their green skin colour but due to their brown colouring, scientists stuck with the name ‘Chocolate frog’. An Australian scientist, Steve Richards, first spotted the creature in 2016. He also took a few specimens for genetic tests and research. This ‘chocolate frog’ is called Litoria mira which is inspired by the Latin adjective mirum. Image: Queensland Museum Network

During his findings, Richards got to know that the cocoa-coloured frogs were a new species and an addition to our animal kingdom.

This ‘chocolate frog’ is called Litoria mira which is inspired by the Latin adjective mirum. The word mirum means surprised or strange, which rightly states that the scientist was surprised after discovering a predominately Australian Litoria genus of tree frogs.

Paul Oliver of the Centre for Planetary Health and Food Security and Queensland Museum described the discovery in the journal titled “Multiple trans-Torres Strait colonisations by tree frogs in the Litoria caerulea group, with the description of a new species from New Guinea”.

In his statement through the Australian Journal of Zoology, Oliver said, “The closest known relative of Litoria mira is the Australian green tree frog. The two species look similar except one is usually green, while the new species usually has a lovely chocolate colouring”.

Further in the research, they got to know that the Green tree frogs (Litoria caerulea) can be found across northern and eastern Australia and could be widespread across New Guinea.

Some 2.6 million years ago, Australia and New Guinea were once linked by land. But now, New Guinea is dominated by rainforest. Meanwhile, co-author Steve Richards from the South Australian Museum claimed that the frog lives in very hot and swampy areas with lots of crocodiles around due to which exploration is discouraged.

Samsung Galaxy Z, S, Note, A, M and Tab series devices launched after 2019 will now get at least four years of security updates