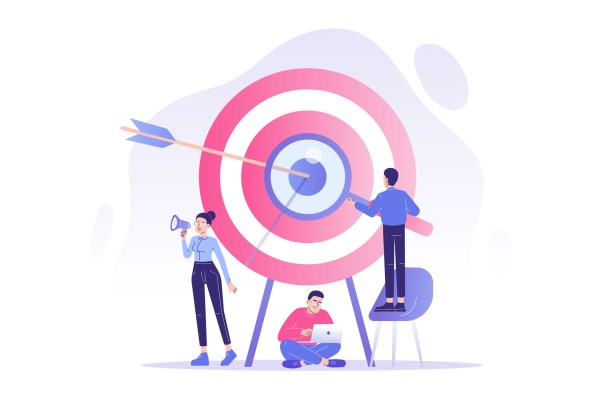 Most marketers today know how to send targeted communications to customers, and there are many tools to help, but when it comes to sending personalized in-house messages, there aren’t nearly as many options. Pyn, an early stage startup based in Australia wants to change that, and today it announced an $8 million seed round.

Andreesen Horowitz led the investment with help from Accel and Ryan Sanders, the co-founder of BambooHR and Scott Farquar, co-founder and co-CEO at Atlassian.

That last one isn’t a coincidence as Pyn co-founder and CEO Joris Luijke used to run HR at the company and later at Squarespace and other companies, and he saw a common problem trying to provide more targeted messages when communicating internally.

“I’ve been trying to do this my entire professional life, trying to personalize the communication that we’re sending to our people. So that’s what Pyn does. In a nutshell, we radically personalize employee communications,” Luijke explained. His co-founder Jon Williams was previously a co-founder at Culture Amp, an employee experience management platform he helped launch in 2011 (and which raised over $150 million), so the two of them have been immersed in this idea.

They bring personalization to Pyn by tracking information in existing systems that companies already use such as Workday, BambooHR, Salesforce or Zendesk, and they can use this data much in the same way a marketer uses various types of information to send more personalized messages to customers.

That means you can cut down on the company-wide emails that might not be relevant to everyone and send messages that should matter more to the people receiving them. And as with a marketing communications tool, you can track how many people have opened the emails and how successful you were in hitting the mark.

David Ulevitch, general partner at a16z, and lead investor in this deal points out that Pyn also provides a library of customizable communications materials to help build culture and set policy across an organization.”It also treats employee communication channels as the rails upon which to orchestrate management practices across an organization [by delivering] a library of management playbooks,” Ulevitch wrote in a blog post announcing the investment.

The startup, which launched in 2019, currently has 10 employees with teams working in Australia and the Bay Area in California. Williams says that already half the team is female and the plan is to continue putting diversity front and center as they build the company.

“Joris has mentioned ‘radical personalization’ as this specific mantra that we have, and I think if you translate that into an organization, that is all about inclusion in reality, and if we want to be able to cater for all the specific needs of people, we need to understand them. So [diversity is essential] to us,” Williams said.

While the company isn’t ready to discuss specifics in terms of customer numbers, it cites Shopify, Rubrik and Carta as early customers, and the founders say that there was a lot of interest when the pandemic hit last year and the need for more frequent and meaningful types of communication became even more paramount.

Meme-Mania!! India Gets A Dedicated NFT Marketplace For Memes