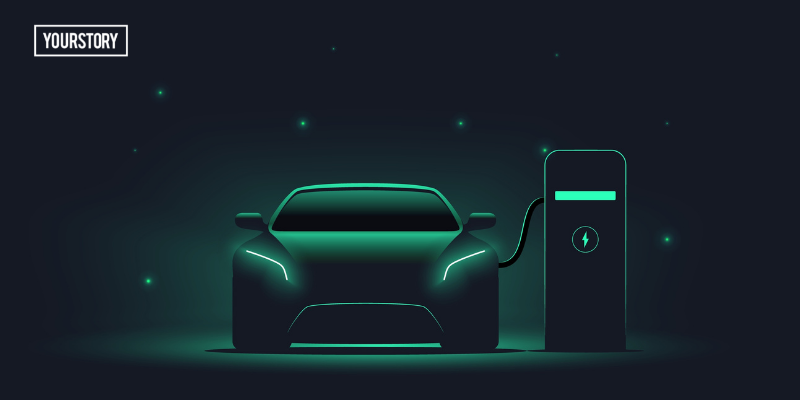 Automakers are stepping on different roads towards eco-friendly mobility with home-grown firms like ﻿Tata Motors﻿and ﻿Mahindra Electric Mobility﻿ on electric vehicles, and Japanese majors such as ﻿Toyota﻿, ﻿Honda﻿ , and ﻿Suzuki﻿ looking at hybrids as the bridge to reach the goal.

In India, it is mainly the battery electric vehicles (BEVs) and hybrids which are being rolled out by the leading automakers.

Tata Motors and Mahindra & Mahindra have lined up massive resources to drive in multiple BEVs over the next few years. Similarly, Hyundai, Kia and MG Motor have also introduced battery-electric models in the market.

The country’s largest carmaker Maruti Suzuki on the other hand is preparing to launch its first electric vehicle only in 2025. The auto major in the meantime is also betting big on hybrid technology to make its cars more fuel efficient going ahead.

Besides, Toyota and Honda have also introduced hybrid models in the country.

In an interaction with PTI, Tata Motors Passenger Vehicles Managing Director Shailesh Chandra noted that electric vehicles were the future and the company’s move towards the vertical is led by its passion for a greener and better tomorrow.

“On the other hand, Hybrid is a technology that is short-lived because it is primarily being used to meet the requirements of the CAFE (Corporate Average Fuel Economy) norms,” he added.

Chandra said the automaker is focused on technologies which will not only help meet the CAFE requirement but also enable it to lead the charge in zero-emission technologies, which will sustain itself in the coming years.

“And that’s why we have taken a conscious decision to focus on EVs. Additionally, while EVs are becoming more and more affordable and viable with the growing infrastructure and local manufacturing prowess, hybrids still remain expensive to own,” he stated.

The Mumbai-based company plans to launch five new electric sports utility vehicles (SUVs) for both domestic and international markets, with the first four expected to hit the road between 2024 and 2026.

Maruti Suzuki India noted that the total decarbonisation achieved from a particular technology option depends on both the carbon reduction per car and on the number of cars in which that technology can be scaled up.

“One such powerful technology option for reducing carbon emission and oil consumption is SHEVs which are known to reduce carbon emissions by 30-40 per cent with respect to petrol run vehicles. As SHEVs do not need external charging infrastructure, there is no range anxiety and hence this technology can be scaled up quickly. Globally also, there has been widespread adoption of SHEVs,” MSI Executive Officer (Corporate Affairs) Rahul Bharti said.

Toyota Kirloskar Motor Executive Vice President Vikram Gulati said that the challenge regarding EV adoption worldwide is mainly the high cost of BEVs as compared to ICE and charging-related issues.

“In India, given the unique conditions, both these challenges are aggravated owing to lack of manufacturing ecosystem, lack of charging infrastructure and consumer price sensitivity,” he said.

Gulati noted that while the BEVs are taking off rapidly in two- and three-wheeler space, four-wheelers remain a challenge.

“In this context, it is essentially necessary to displace petrol/diesel vehicles as fast as possible with any of the electrified vehicle technologies and needless to mention the technology is just an enabler. The SHEV can run 40 per cent of the distance and 60 per cent of the time on pure EV mode (petrol engine stopped) and helps to achieve 50 per cent fossil fuel saving,” he stated.

Toyota globally has sold over 2 crore electrified vehicles to date.

Honda Cars India Director (Marketing and Sales) Yuichi Murata noted that strong hybrids are the country’s best bet towards faster electrification as they are practical and worry-free solutions due to their self-charging battery set-up, no concerns related to range anxiety and smaller charging infrastructure.

Strong hybrid technology can work as a catalyst for a smooth transition of the Indian automobile industry towards green mobility, he added. Murata noted that customers have shown robust response for City e:HEV (hybrid) sedan which now accounts for more than 8 per cent of all City sales in the country.

“This gives us more confidence and we are open to broaden our product offering in response to Indian consumers’ demands,” he added.

The main difference between hybrid and electric cars is that the former derives some part of its power from a conventional internal combustion engine mated with an electric motor.

On the other hand, a pure electric vehicle derives all its power from a battery and has zero emissions.

How to Better Manage Your LinkedIn Messages

[Year in Review 2021] From unicorns to IPOs, top 10 Indian startup milestones this year

How this angel investor turned into a venture capitalist

The opportunities Industry 4.0 opens up for Indian startups