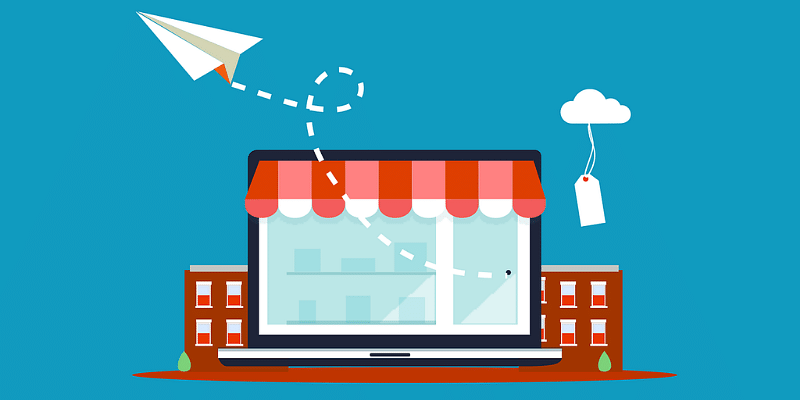 The growth of business-to-business (B2B) ecommerce will fuel the online marketplace ecosystem in the next five years, helping the gross merchandise value (GMV) of the entire sector to grow to $350 billion by 2027, as per a new report.

Titled ‘The Rise of Digital Bazaars in India,’ the report is co-authored by consulting firm Bain & Company and venture capital firm ﻿Accel﻿.

It stated that the GMV of B2B marketplaces is expected to grow 5X its current size to reach $55 billion by 2027, followed closely by online food delivery, which will almost triple in size to reach nearly $22 billion. B2C ecommerce marketplaces will continue to dominate with 40% of total GMV.

GMV refers to the total value of all goods sold by a retail firm during a specific period of time.

The report showed that online marketplaces in India have hit $100 billion in GMV, driven by India’s growing online shopper base and the rising number of increasingly digitised MSMEs.

In the next five years, marketplaces are expected to contribute 4-5% of India’s gross domestic product (GDP), up from the current 2-3%, the report added. Over seven million jobs are expected to be created by 2027.

Over 300 marketplaces across categories like retail, education, healthcare, travel, and financial services have seen investor interest, with more than $30 billion being pumped into the sector between 2018 and October 2022.

About 20 marketplaces have reached GMV of more than $1 billion, while many have started seeing profitability, according to the report. Upstream B2B, fintech, and logistics will drive the marketplace wave.

Companies in the marketplace space will also start focusing on profitability through viable unit economics, Anand Daniel, Partner at Accel, and Ashutosh Sharma, Associate Partner at Bain & Company, said in an interaction with YourStory.

“India is one of the world’s fastest-growing and most dynamic emerging markets. Our report on the country’s digital bazaars reveals the extent to which marketplaces have grown in this market across both B2C and B2B segments,” Anand emphasised.

“More than a third of large outcomes in our startup ecosystem have been marketplaces and contribute to more than $100 billion in GMV,” he said, adding, “We have invested more than $700 million in these companies, and continue to look for more such opportunities.”

Prabhav Kashyap, Partner at Bain & Company and a co-author of the report, said while dealmaking will likely be measured and valuation multiples will see some degree of rationalisation in the short-to-medium term, the future of marketplaces will be robust with continued interest from investors.

“While the marketplace model is popular across multiple categories, upstream business-to-business (B2B), fintech, and shipping and logistics are some of the most exciting areas. These sectors show evidence of successful marketplaces as well as significant headroom for growth of new or emerging players,” he said.

Anand added that for direct-to-consumer, or online-first, brands, too, marketplaces would continue to play a vital role as they realise the importance of going omnichannel for distribution.

Marketplaces are the holy grail for most early D2C brands seeking to be discovered by customers, and will remain the favourable route for most brands, he said.

How to leverage employee experience to boost customer experience