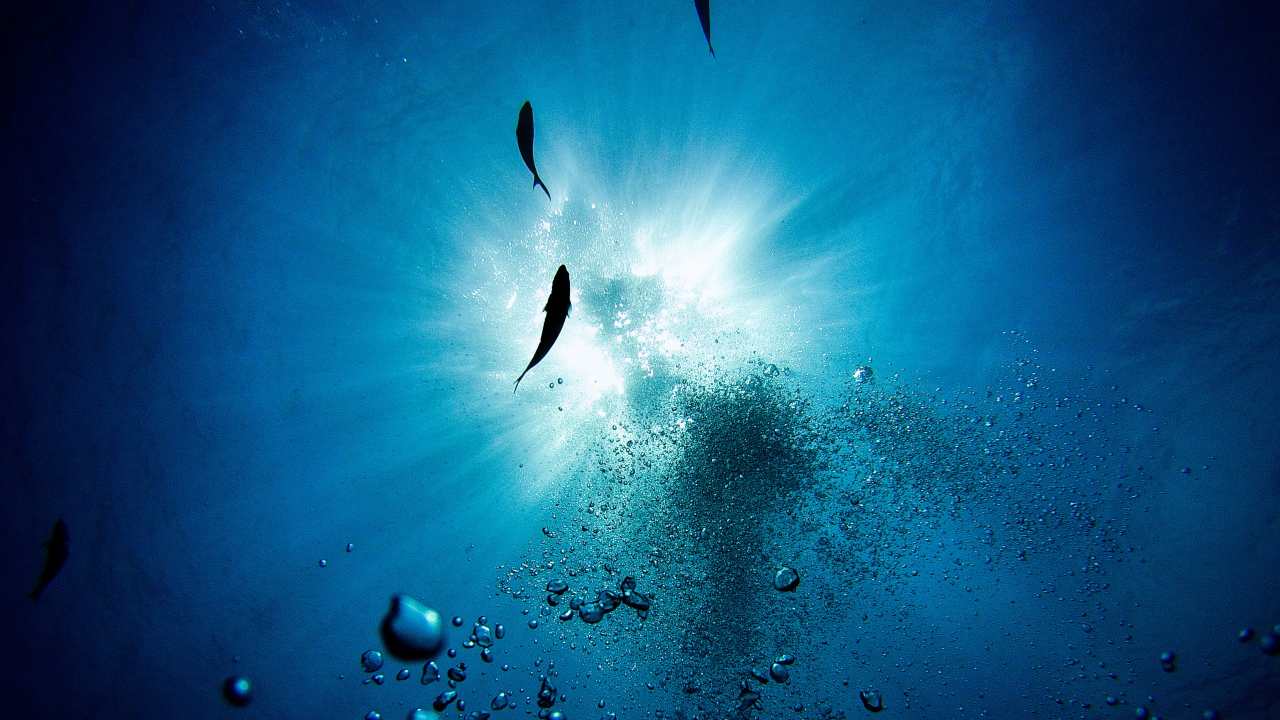 The warming of worldwide oceans from climate change means baby sharks are at risk of being born smaller and without the energy they need to survive, a group of scientists has found. The scientists, who conducted the work in connection with the New England Aquarium, studied epaulette sharks, which live off Australia and New Guinea. They found that warmer conditions sped up the sharks’ growing process, and that meant they hatched from eggs earlier and were born exhausted.

The study has implications for other sharks, including those that give birth to live young, said John Mandelman, vice president and chief scientist of the Anderson Cabot Center for Ocean Life at the New England Aquarium. The scientists published their findings in the journal Scientific Reports earlier this year.

“There’s this perception they are very hardy. What it means is this very resilient species is more vulnerable than we thought, and this could be true of other sharks,” Mandelman said. “We need to be especially vigilant about managing them under these changing conditions.” Scientists have found the baby sharks are less likely to survive to maturity in warming ocean water. Image: Toledo Zoo

They found that the sharks reared in the warmest temperatures weighed significantly less than those raised in average temperatures, and they exhibited reduced metabolic performance. The group wrote that epaulette sharks are well known among scientists for their hardiness, so the negative impacts of warming raises a troubling question: “If epaulette sharks cannot cope with, in this case, thermal stress, how will other, less tolerant species fare?”

Epaulette sharks are small bottom-dwelling sharks that can grow to be about 3 feet (1 meter) long. Harmless to humans, they’re named for large spots above their pectoral fins that resemble military shoulder ornaments. The sharks are listed as stable and a species of “least concern” on the International Union for Conservation of Nature Red List of Threatened Species.

The situation is not so rosy for sharks worldwide. One study this year found that worldwide abundance of oceanic sharks and rays dropped more than 70% between 1970 and 2018. Overfishing is a chief concern, and climate change and pollution also threaten sharks.

The sharks in the epaulette study survived, but those raised in warmer temperatures emerged in poor shape to make it for long in the wild, said lead study author Carolyn Wheeler, a Ph.D. candidate at the University of Massachusetts Boston and at the ARC Centre of Excellence for Coral Reef Studies at James Cook University in Australia.

The findings shed light on the growing problem of how climate change will affect marine species, said Juan Rubalcaba, a postdoctoral fellow at McGill University and a published marine science researcher who was not involved with the shark study. The sharks grew very fast, but to an ultimately smaller size, which is a problem for survival, he said.

“This is a very general pattern happening not only in sharks, but in many other fish,” Rubalcaba said.

The study should serve as a warning to ocean regulatory agencies that conservative management is needed to prevent losing more sharks, said Mariah Pfleger, marine scientist at conservation group Oceana.

“This study further exemplifies that sharks will not be immune to a warming ocean,” Pfleger said. “We need to know how climate change will impact species’ range, life history traits, and survivability in order to protect these already vulnerable species.”

Google owned Fitbit sued for its tendency to overheat and cause burns to customers- Technology News, FP

ViewSonic launches 144Hz gaming monitor for Rs 25K, but gamers can get it for half the price for a limited time- Technology News, FP

WhatsApp to let users retrieve deleted messages, group admins may be able to Delete messages for all- Technology News, FP