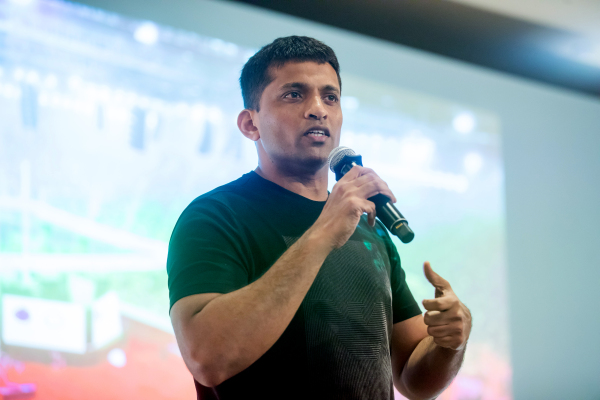 Nearly every top investment bank is chasing Byju’s and nudging the most valuable Indian startup to seriously explore the public markets as soon as next year.

Most banks have given Byju’s a proposed valuation in the range of $40 to $45 billion, but some including Morgan Stanley have pitched a $50 billion valuation if the startup lists next year, according to two people with knowledge of the matter.

The startup, which has raised $1.5 billion since the beginning of the pandemic last year, was most recently valued at $16.5 billion.

The banks’ excitement comes as the Indian public market has shown a glimpse of strong appetite for consumer tech stocks. Food delivery Zomato had a stellar $1.3 billion debut on Indian stock exchanges last month. Scores of other top startups including Paytm, PolicyBazaar, Nykaa, Ixigo, and MobiKwik have also filed paperworks for their IPOs.

Byju Raveendran, the founder and chief executive of the eponymous startup, has publicly suggested in the past that he may list the firm in two to three years. According to a senior executive, who wish to not be named as the matter is private, and an investor, the startup has not set a concrete timeline for an IPO.

In the immediate future, odds of Byju’s raising again is high. The startup has received several inbound requests from investors to raise at a valuation of about $21.5 billion, the people said.

The startup has use a significant portion of its recent fundraises to acquire firms. Earlier this year, it acquired Indian physical coaching institute Aakash for nearly $1 billion. It has also acquired Great Learning, and U.S.-based Epic, among others, in additional $1 billion in cash and stock deals.

Byju’s prepares students pursuing undergraduate and graduate-level courses, and in recent years it has also expanded its catalog to serve all school-going students. Tutors on the Byju’s app tackle complex subjects using real-life objects such as pizza and cake.

The pandemic, which prompted New Delhi to enforce a months-long nationwide lockdown and close schools, accelerated its growth, and those of several other online learning startups including Unacademy and Vedantu.

As of early this year, Byju’s said it had amassed over 80 million users, 5.5 million of whom are paying subscribers. Byju’s, which is profitable, is on track to generate revenue of $300 million in the U.S. this year (per Raveendran), and as high as $1.1 billion in revenue overall by the end of the calendar year, according to a person familiar with the matter.

Why banks in India are retreating from digital currencies- Technology News, FP

COVID-19 vaccine-related spear-phishing attacks have increased after the release of the vaccine- Technology News, FP