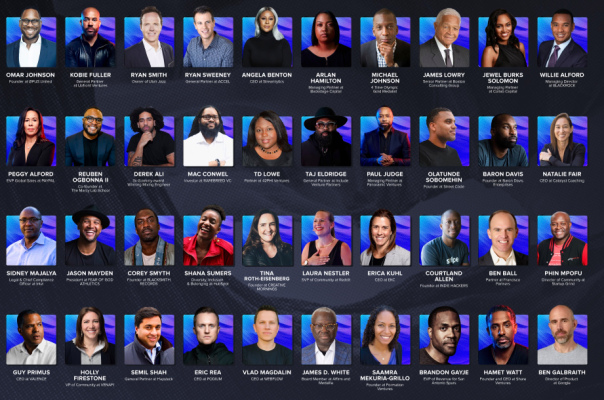 You might expect that a startup that makes community building software would be thriving during a pandemic when it’s so difficult for us to be together. And Bevy, a company whose product powers community sites like Salesforce Trailblazers and Google Developers announced it has raised a $40 million Series C this morning, at least partly due to the growth related to that dynamic.

The round was led by Accel with participation from Upfront Ventures, Qualtrics co-founder Ryan Smith and LinkedIn, but what makes this investment remarkable is that it included 25 Black investors representing 20% of the investment.

One of those investors, James Lowery, who is a management consultant and entrepreneur, and was the first Black employee hired at McKinsey in 1968, sees the opportunity for this approach to be a model to attract investment from other under-represented groups.

“I know for a fact because of my friendship and my network that there are a lot of people, if they had the opportunity to invest in opportunities like this, they will do it, and they have the money to do it. And I think we can be the model for the nation,” Lowery said.

Unfortunately, there has been a dearth of Black VC investment in startups like Bevy. In fact, only around 3% of venture capitalists are Black and 81% of VC firms don’t have a single Black investor.

Kobie Fuller, who is general Partner at investor Upfront Ventures, a Bevy board member and runs his own community called Valence, says that Bevy says that investments like this can lead to a flywheel effect that can lead to increasing Black investment in startups.

“So for me, it’s about how do we get more Black investors on cap tables of companies early in their lifecycle before they go public, where wealth can be created. How do we get key members of executive teams being Black executives who have the ability to create wealth through options and equity. And how do we also make sure that we have proper representation on the boards of these companies, so that we can make sure that the CEOs and the C suite is held accountable towards the diversity goals,” Fuller said.

Fuller sees a software platform like Bevy that facilitates community as a logical starting point for this approach, and the company needs to look like the broader communities it serves. “Making sure that our workforce is appropriately represented from a perspective of having appropriate level of Black employees to the board to the actual investors is just good business sense,” he said.

But the diversity angle doesn’t stop with the investor group. Bevy CEO and co-founder Derek Anderson says that last May when George Floyd was killed, his firm didn’t have a single person of color among the company’s 27 employees and not a single Black investor in his cap table. He wanted to change that, and he found that in diversifying, it not only was the right thing to do from a human perspective, it was also from a business one.

“We realized that if we really started including people from the Black and Brown communities inside of Bevy that the collective bar of a talent was going to go up. We were going to look from a broader pool of candidates, and what we found as we’ve done this is that as the culture has started to change, the customer satisfaction is going up, our profits and our revenues — the trajectory is going up, and I see this thing is completely correlated,” Anderson said.

Last summer the company set a two year goal to get to 20% of employees being Black. While the number of employees is small, Bevy went from zero to 5% in June, 10% by September. Today they are just under 15% and expect to hit the 20% goal by summer, a year ahead of the goal it set last year.

Bevy grew out of a community called Startup Grind that Anderson started several years ago. Unable to find software to run and manage the community, he decided to build it himself. In 2017, he spun that product into a separate company that became Bevy, and he has raised $60 million, according to the company.

In addition to Salesforce and Google, other large enterprises are using Bevy to power their communities and events including Adobe, Atlassian, Twilio, Slack and Zendesk.

Today, the startup is valued at $325 million, which is 4x the amount it was valued at when it raised its $15 million Series B in May 2019. It expects to reach $30 million in ARR by the end of this year.