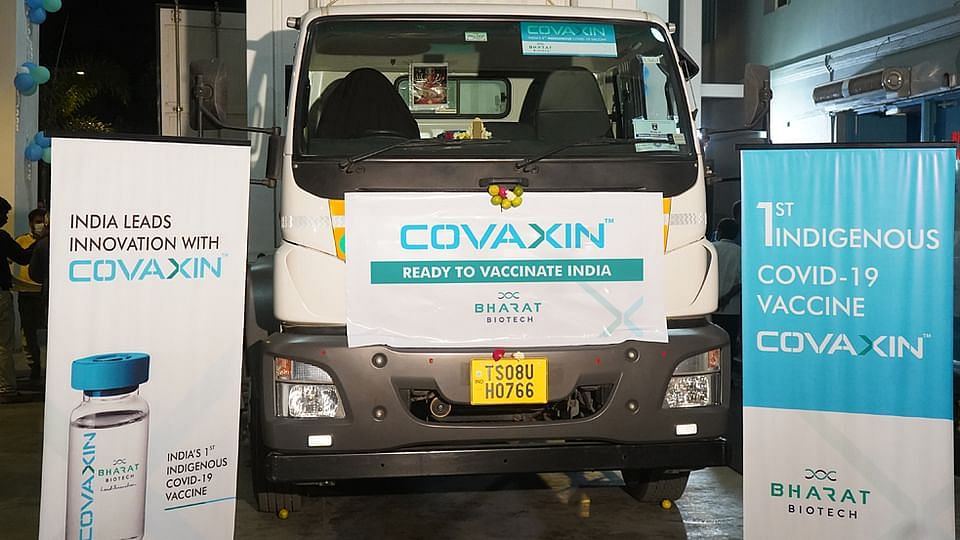 Bharat Biotech International Limited (BBIL) has conveyed to the government that it has submitted 90 percent of the documentation to the World Health Organisation for obtaining an emergency use listing for the Covaxin vaccine and remaining details will be supplied next month, sources said on Monday.

In a separate development, the BBIL is in the final stages of negotiations with the Food and Drug Administration of the US for conducting small-scale phase-III clinical trials of Covaxin in the United States, sources said.

The issue of the WHO’s authorisation for emergency use listing (EUL) for Covaxin was discussed at a meeting between the top brass of the BBIL and senior officials of the Ministry of Health, Department of Biotechnology, and the Ministry of External Affairs.

An EUL authorisation by the WHO reflects a product’s safety and efficacy.

Covishield, manufactured by Pune-based Serum Institute of India, is in the list of COVID-19 vaccines which were given emergency use authorisation by the global body.

The authorisation by WHO is also required for the inclusion of any vaccine in the Covax facility, a global initiative aimed at equitable access to COVID-19 vaccines.

Sources said BBIL is confident about obtaining WHO’s emergency use listing and that the MEA would extend all possible assistance, if required.

“BBIL noted that they had submitted 90 percent of the documentation required for EUL to WHO. The remaining is expected to be submitted in June,” said a source.

The BBIL had applied for the WHO’s EUL in April.

Covaxin has already received regulatory approval from 11 countries and there was interest from 11 companies in seven countries for technology transfer and production of Covaxin, sources said, adding the BBIL is in the final stages of submission of required documents for regulatory approvals to Covaxin in Brazil and Hungary.

The company has held extensive bilateral consultations with both countries, sources, who did not wish to be named, said.

“BBIL is in regular touch with regulatory authorities in these countries. They are confident about the robustness of their dossier, as they have data for much longer duration — for anti-body persistence after six months as well as eight months” the source said.

In the meeting, the BBIL also clarified that all regulatory approvals have both retrospective and prospective effect, they said.

Sources also said that no country has instituted a ‘vaccine passport’ and that countries around the world have their own requirements for approval which, in most cases, involves travel by carrying a COVID-19 negative RT-PCR report.

Both Serum Institutes’ Covishield and BB’s Covaxin are part of the country’s vaccination drive against COVID-19 and there were reports that Indians who have taken Covaxin jabs may find it difficult to travel abroad as a large number of countries are yet to approve the vaccine.

The meeting on the EUL was attended by BBIL’s managing director V Krishna Mohan and his colleagues besides senior officers of the Ministry of Health, Department of Biotechnology and Ministry of External Affairs.

Foreign Secretary Harsh Vardhan Shringla was among those who attended the meeting.

A bank-like network for rural India