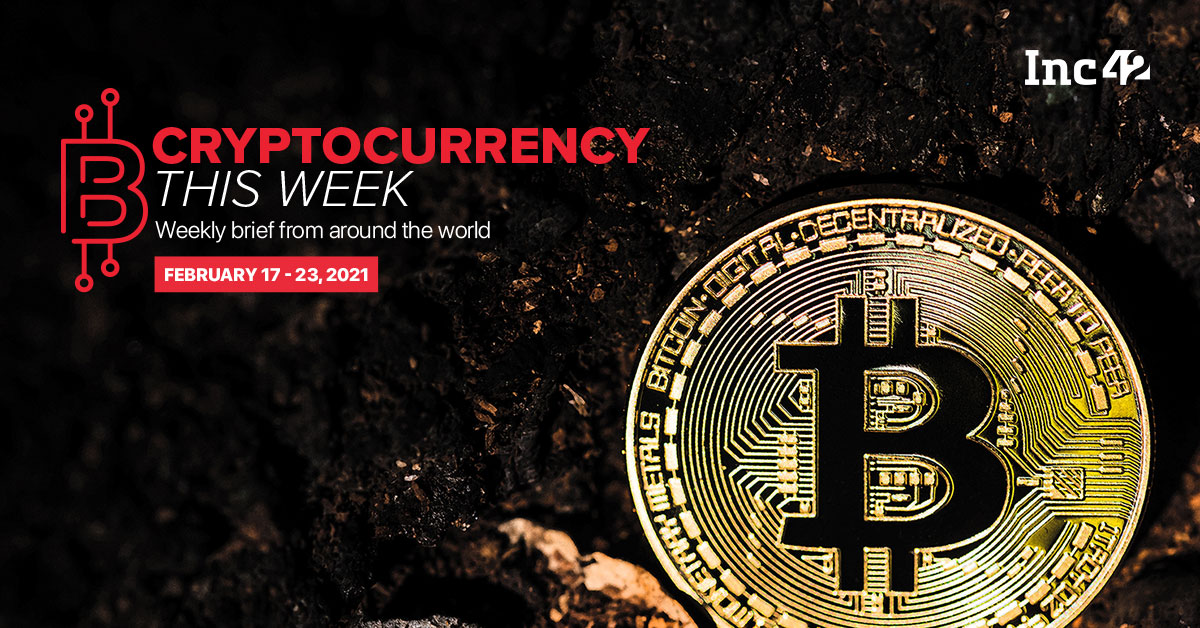 The price of the world’s leading cryptocurrency Bitcoin has fallen 9.45% in the last 24 hours, currently trading at over $48K

Like Bitcoin, prices of most leading cryptocurrencies in the world have corrected in the last day sending some investors into panic selling

On Monday, February 22, the price of 1 Bitcoin at $57,000, had exceeded the price of 1 Kg gold bar at $56,500, solidifying the claims of crypto stakeholders that the crypto is the new age investment asset class. What followed though is something crypto evangelists would want to unsee. The price of the world’s leading cryptocurrency corrected and has fallen 9.45% in the last 24 hours, currently trading at over $48K. This has sent some novice investors into a panic, and other currencies also dropped in value sharply.

Sumit Gupta, CEO and cofounder of CoinDCX, offered some perspective about the Bitcoin price correction. “After reaching an all-time high of $58,000, Bitcoin saw a price correction today. This was expected as markets go through such correction cycles. However, the market showed signs of recovery after falling nearly 17%. Investments in Bitcoin, like any other asset, should be from a long term perspective as the fundamentals are still going strong. Hence it is advised that investors buy the dips and hold with a long term perspective,” he told Inc42.

Previously, several crypto experts have talked about the possibility of frequent price corrections in Bitcoin, and how investors can guard against the price volatility of crypto assets.

Rangala advised that one should buy small amounts of Bitcoin daily or weekly, hold it long-term through the ups and downs, and stick to a buying plan for years, not months. “It’s like an SIP for bitcoin,” he said.

“At some point, there is always a correction (fall) in price. Anyone who pretends to know more than this is fooling himself or others. Although, Bitcoin will continue to go up (with periodic corrections) and could easily hit INR 1 Cr by 2030, as our CEO (Rahul Pagidipati) has predicted,” he added.

Other Cryptocurrency News From India

India’s markets regulator, the Securities and Exchange Board of India (SEBI), is reportedly asking promoters looking to raise funds for their companies through an Initial Public Offering (IPO) to sell their crypto assets before raising funds.

Blackstone to acquire majority stake in Simplilearn for $250M