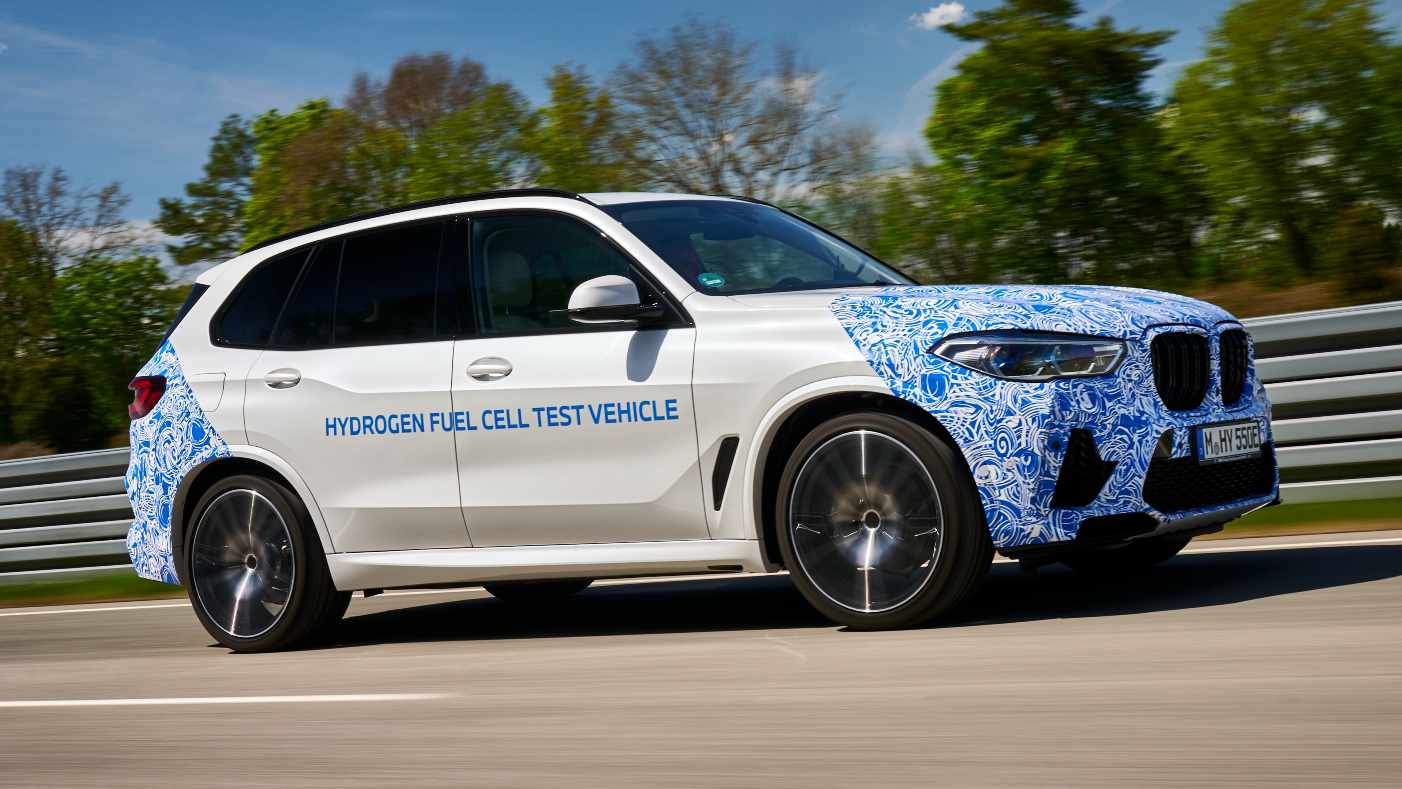 BMW has begun real-world testing of its hydrogen fuel-cell electric vehicle (FCEV) drivetrain in Europe. This is before the planned roll-out of a limited-run hydrogen-powered production model in 2022, based on the current BMW X5. These tests are focused on fine-tuning the software that controls the various components of the FCEV propulsion system. BMW has already completed hundreds of test runs on the fuel cell system, hydrogen tanks, performance buffer battery and central vehicle control unit individually and in combination with each other.

The BMW i Hydrogen Next can produce 172 hp of electrical power from the chemical reactions in the fuel cells. However, the FCEV also carries a performance buffer battery that stores energy from coasting and braking. This is available for short bursts where the i Hydrogen Next makes 379 hp. The X5 FCEV test mule has two hydrogen tanks that can be filled up in three to four minutes. Image: BMW

Two 700-bar tanks made of carbonfibre reinforced plastic supply the hydrogen needed to power the fuel cells with a total capacity of six kilos. These can be filled up in three to four minutes and allow for several hundred kilometres of range, but no exact range figure has been provided yet.

The fuel cells in BMW’s hydrogen-powered prototype come from Toyota but the fuel cell stack and drive system have been developed in-house by BMW. This stems from a 2013 collaboration between the two firms to jointly research the practicality and scalability of this tech for each firm.

The company thinks this tech could be useful in combating some of the shortcomings of an EV with its lesser infrastructural needs and much higher range, especially in larger vehicles.

The current tests are meant to further research the practicality of FCEVs in everyday use. This move comes soon after Land Rover began similar tests on a hydrogen-powered Defender.

Which Indian cities will get 5G services in the first phase- Technology News, FP

Mahindra agrees to Jeep’s request, but this isn’t over yet- Technology News, FP