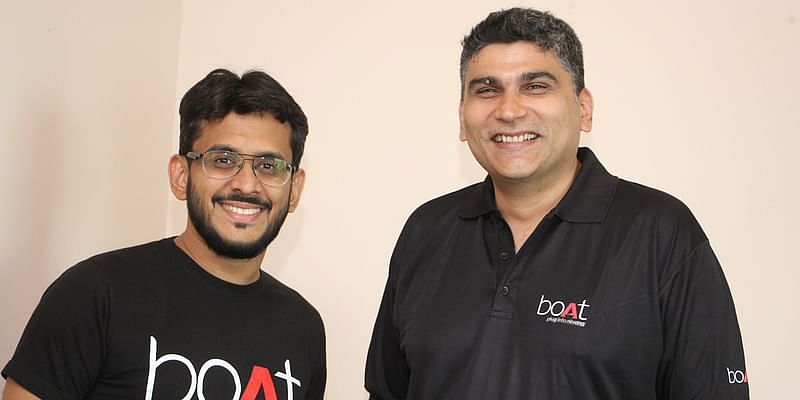 Consumer electronics company ﻿boAt Lifestyle﻿ announced that it has raised $60 million (Rs 500 crore) from an existing shareholder, an affiliate of Warburg Pincus, and new investor Malabar Investment. The funds will be used to expand its smartwatches category and build a local manufacturing ecosystem.

The company has also withdrawn its Rs 2000 crore-initial public offering (IPO) plan, per media reports, citing choppy market conditions. boAt joins the list of several other startups including ﻿FirstCry﻿, ﻿Pharmeasy﻿, and ﻿Droom﻿ Technologies that have postponed listing plans this year. boAt released its draft prospectus document in February this year.

The nine-year-old company, which became one of the most successful direct-to-consumer brands in the country with leadership in the earphones segment, now aims to be a market leader in the smartwatches segment.

“We now want to make smartwatches our second core and will replicate the boAt digital playbook to become global leaders in this category as well. The new funding will allow us to invest significantly to disrupt the smart watches spaces with more innovative products. And we are thrilled that investors continue to have strong conviction and confidence in the boAt story,” Aman Gupta, Co-founder & Chief Marketing Officer, said in a statement.

The wrist wearables category has massive potential in India. According to estimates from market research firm IDC, it was the fastest-growing category in the wearables segment for the April-June period, with shipping soaring nearly four-fold at 6.4 million units against 1.6 million units in the year-ago quarter. ﻿Noise﻿ and ﻿Fire-Boltt﻿ ranked among the top two companies in the smartwatch segment in the last quarter while boAt slipped to the third position, making India the second-largest smartwatch market in the world after the US.

The company added that it is making progress in diversifying its manufacturing footprint via partnerships with various leading electronics manufacturing service providers in India, including Dixon, with whom it created a joint venture in January this year.

A significant proportion of boAt’s products are now being produced in India with about a million units every month currently, the company said in a statement. The company is also putting plans in place to take the boAt brand overseas.

What your browser knows about you?