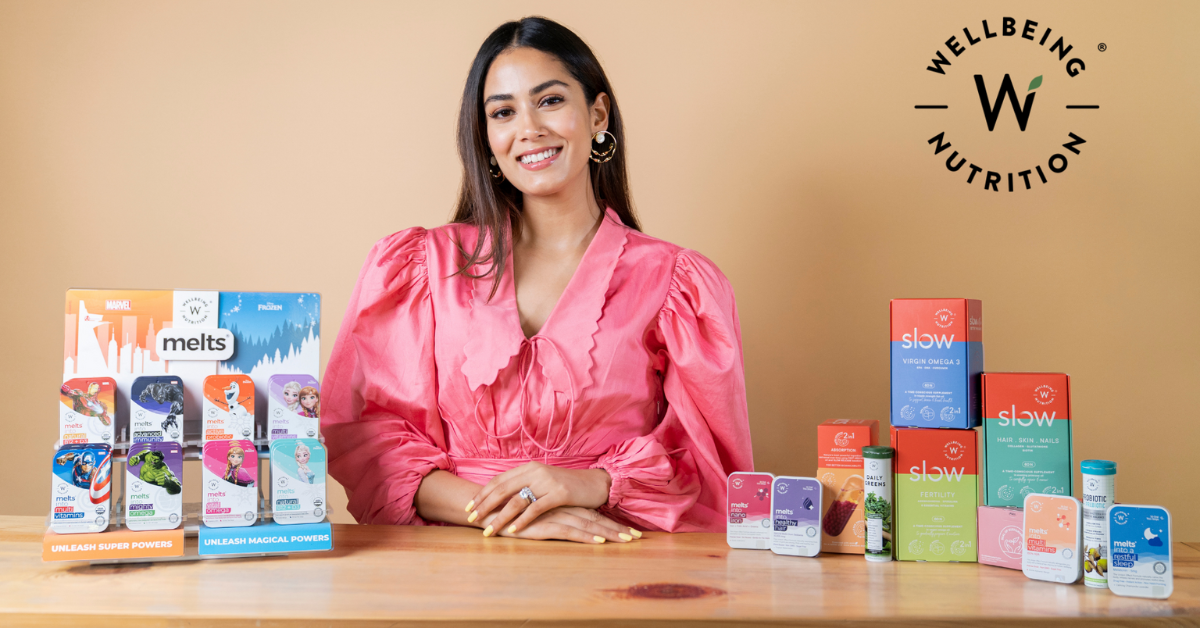 Wellbeing Nutrition is reported to have partnered with Disney to launch a series of organic vitamins, probiotics, and omega products for kids

D2C health and nutrition startup Wellbeing Nutrition has received an undisclosed amount of funding from Bollywood personality, Mira Kapoor at a post-money valuation of INR 350 Cr.

The fresh capital will be used for business expansion and venturing into the kids’ category.

It is reported to have partnered with Disney to launch a series of organic vitamins, probiotics, and omega products for kids.

In July 2021, the startup raised $2.2 Mn in its Series A funding round led by Fireside Ventures. Integrated pharma manufacturing solutions company, ACG also participated in the funding round.

Prior to this, it raised a $400K angel round in September 2020. The round saw participation from angel investors such as RENEE Cosmetics’ Ashutosh Valani and Priyank Shah,  MX Player’s Nikhil Gandhi, Harsh Vardhan Bhandari, and Jeenendra Bhandari.

Other Deals In The Indian Dietary Supplement Industry

According to an EY report, the Indian dietary supplements market has grown at a CAGR of around 15% to reach INR 331 Bn in FY21. The segment, which is considered to have a high potential given the growing lifestyle diseases, has witnessed an accelerated adoption curve post the Covid-19.

In February 2022, men’s health and wellness D2C startup, Bold Care raised an undisclosed amount of funding in its Pre-Series A round from Sharrp Ventures, Anthill Ventures, Stanford Angels & Entrepreneurs and Shiprocket. Existing investors NB Ventures and Huddle also participated in the round.

In January this year, nutraceutical startup Power Gummies raised $6 Mn in a Series A funding round led by 9Unicorns.

Other investors such as Vcats, DSG Consumer Partners, WIPRO Consumers, Sharpp Ventures, and NB Ventures participated in the round.

How Xeno Built A Win-Win Relationship With Angel Investors

5 super interesting jobs that are open for applicants this week

Fanatics raises $1.5B at a $27B valuation as it evolves into a ‘digital sports platform’ – TechCrunch