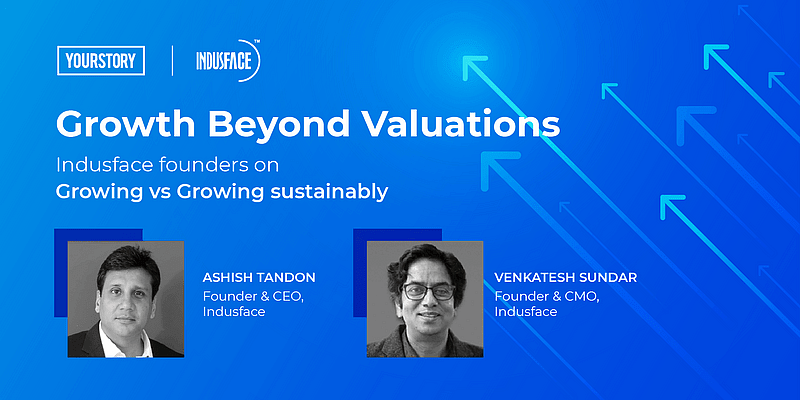 A startup with 2,000+ global businesses as part of its clientele, Indusface provides SaaS-based fully managed web application firewall and web app security scanner. The company makes it extremely easy for businesses to detect security risks and shield their web applications and application API from being hacked .

The company’s clients include large enterprises such as IndusInd Bank, Larsen and Toubro, Tata group companies like Titan, Tata Power and Tata Sky, as well as startups and SaaS companies such as Darwinbox, O9, NamasteCredit, Qwikcilver, among others. They have the highest overall Customer Experience rating, are positioned as a category leader in APAC Region , and the only vendor with a 100% customer recommendation rating in the Gartner Peer insights 2021 Voice of customer report. Something the founders wear as a badge of honor and been the foundation of their bootstrapped journey

Starting out in 2012, Indusface has been profitable from its first year of operations. But, what makes its growth story stand out is that it bootstrapped its growth first and then went on to strategically raise funds after eight years. In this exclusive interview with YourStory’s Shivani Muthanna, the founders of Industface – Ashish Tandon and Venkatesh Sundar – share their journey of growth and deep dive into how a bootstrapped startup can raise funds and drive sustainable growth.

From sports to building a SaaS company

The two co-founders have a deep connection with cricket. While Ashish is a former Ranji player, Venky, as Venkatesh is popularly known, is a cricket fan and the two built the business together by incorporating some of the cricketing lessons they had learnt both on and off the pitch. In fact, their passion and love for the sport was among the many reasons that was instrumental in laying the foundation for Indusface. “When we met, we started talking about the opportunity, about the addressable market, the talent that we brought to the table in terms of the product and sales knowledge, but what really sealed the deal was Ashish’s story about how the first ball that he bowled professionally as a Ranjhi player was to Sachin Tendulkar – the god of cricket. That’s when, as a cricket fan, I decided to partner with Ashish and tap into the opportunity that was in front of us.”

Bootstrapping as a growth tool

While Indusface was founded in 2012, the founders’ startup SaaS journey began five years earlier. “In 2007, we built a SaaS security product, even got customers for it and were doing very well. We then sold the company to Trend Micro, a global cybersecurity leader. So, Indusface is our second innings as entrepreneurs trying to make it bigger in the cybersecurity space,” shares Ashish.

But, what was different this time around was that the founders already knew how to build scalable SaaS security products. “And, this time we were much smarter and had bigger aspirations and goals to scale it even bigger.” They used some of the money from the exit to hire a team that had the capabilities to build what they wanted to.

Indusface brought in experienced professionals in the cybersecurity space onboard and spent about a year to ensure that the product-market fit was right. “After that, we did what we are best at – getting customers. Because, at the end of the day, unless you don’t have customers onboard and have people using your product, it becomes meaningless even if you have the best technology. We funded our growth by making sure that we got customers and that they were happy” says Ashish To put in simple words, Indusface’s business model in the initial years was focused on generating revenue by driving sales and getting loyal customers.

Here, Venky points out that while their past experience, a 15-day no commitment trial, and the credibility that they had built in the past as a cyber security provider came handy. Another thing that helped the startup get customers was that they went after big enterprise customers rather than starting with the small ones. He says, “Our first few paying customers were those who were the top players in their category. This included ICICI Bank, State Bank of India, among others. And, they become a referenceable point for us to build scale in the market.”

Venky debunks the general perception that bootstrapping limits a startup’s growth potential. He says, “Bootstrapping really made us smarter, stronger and enabled us to prove ourselves in the market.” He adds, “While the product-market fit is now a buzzword, till the time you get the customers to pay for the first version of the product, and make a profit out of it, there is no actual product-market fit. This is where our bootstrapping mindset helped us.”

In April 2020, Indusface, raised $5 million in funding from Tata Capital Growth Fund II. The funding helped them expand their global clientele, accelerate their product innovation plans and partnership opportunities. Deep-diving into why the startup decided to raise investments after being bootstrapped and profitable for eight years, Ashish shares, “Unlike many other startups, we had the luxury of being armed with capital from our first exit. Also, it was not that we couldn’t have raised money earlier. It was a strategic decision to go for bootstrapping.”

He explains that bootstrapping gave them freedom to steer and experiment in a way they wanted to. “Also, we were not inclined towards raising capital to just grow faster. For us, the initial years were all about putting the basics in place and driving growth. Having done that, we knew we were at a point where external capital could help us to take our growth story further.”

This strategic planning and execution has already begun to show results, notes Ashish. By leveraging the investment capital in marketing and targeting the right customer group, the startup was able to drive a 300 percent growth amidst the COVID-19 pandemic. “Earlier, we had a small percentage of customers outside India. Today, 35 percent of our customers are spread across the world. Next year, we expect that to reach 50 percent” Venky adds that the external funding also brings in the market validation. “As a marketeer, I know the value that an external recommendation can bring. Now, with the funding we are backed not just by any investor, but an institutional investor like Tata Capital, which has put in a serious amount of money, validating our business. It is a proof of the value that we have created and this helps us attract talent, besides accelerating and everything which we could have done even in a bootstrapped manner.”

Ashish shares, “The most important thing is growth. One can not contest that point. It is important for every company to grow. But, growth is a relative term. It can range from 500 percent to 50 percent. It’s their own prerogative.” But as a company, Ashish believes in driving sustainable growth.

He adds, “The growth being driven by putting all the basics in place – be it customer acquisition or product development, while keeping an eye on unit economics is sustainable growth.”

Ashish points out that ‘The rule of 40’ (which states that, at scale, a company’s revenue growth rate plus profitability margin should be equal to or greater than 40 percent) has been adhered to by Indusface, even before it became the buzzword in the SaaS space.

Run by two avid cricket fans, it isn’t surprising that the two entrepreneurs apply many of the sport’s strategies at work too. “While playing cricket, we always remember that it’s a team effort, and not an individual game. Running a business is no different. It’s also a team effort. You have to make sure that you have the right kind of team and are valued for the role they play.”

The startup recently got ‘Great place to work’ certified. One of the reasons why employees at Indusface enjoy working in the company is that they feel that they are making a difference to the company – a testimony to the cricketing lesson being translated into action. The other big lesson that cricket brings to the table, according to the former Ranji player, pertains to handling of pressure. “There are going to be moments when the pressure to perform is intense. It’s about how you handle that pressure and continue to perform,” he says. The third and an important lesson is that you play to win.

On a lighter note, Venky highlights that as a cricket player, Ashish comes from the days where test matches were given the highest regard and this brings a lot of value to the table. “Playing test matches you look at the larger picture and the longer run. It’s about sustained performance rather than hitting sixers and bringing in entertainment value.”

Given the acceleration in digitalisation and the demand for cybersecurity products, Indusface is looking at doubling its revenue in the next 12 months. “We are growing rapidly, acquiring global customers and working with some of the largest partners across the world. The Indian market is also opening up and there are newer segments to explore.

” That said, Indusface also realises that it is a tough time for people and one of the things on their agenda beyond driving growth is to look at how the company can make a difference to the people around them.

India receives $64B FDI in 2020, fifth largest recipient of inflows in world: UN

In search of location data gold

How to Optimize Your Instagram Ads Creative : Social Media Examiner