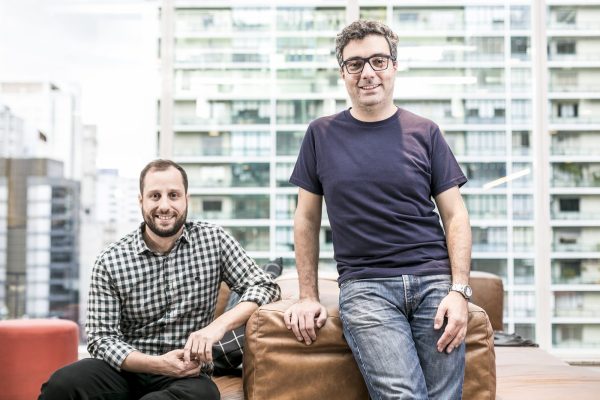 Fintech and proptech are two sectors that are seeing exploding growth in Latin America, as financial services and real estate are two categories in particular dire need of innovation in a region.

Brazil’s QuintoAndar, which has developed a real estate marketplace focused on rentals and sales, has seen impressive growth in recent years. And today, the São Paulo-based proptech has announced it has closed on $300 million in a Series E round of funding that values it at an impressive $4 billion.

The round is notable for a few reasons. For one, the valuation – high by any standards but especially for a LatAm company – represents an increase of four times from when QuintoAndar raised a $250 million Series D in September 2019.

Having backed the likes of Coinbase, Robinhood and CreditKarma, Ribbit Capital has historically focused on early-stage investments in the fintech space. Its bet on QuintoAndar represents clear faith in what the company is building, as well as its confidence in the startup’s plans to branch out from its current model into a one-stop real estate shop that also offers mortgage, title, insurance and escrow services.

The latest round brings QuintoAndar’s total raised since its 2013 inception to $635 million.

Ribbit Capital Partner Nick Huber said Quintoandar has over the years built “a unique and trusted brand in Brazil” for those looking for a place to call home.

“Whether you are looking to buy or to rent, QuintoAndar can support customers through the entire transaction process: from browsing verified inventory to signing the final contracts,” Huber told TC. “The ability to serve customers’ needs through each phase of life and to do so from start to finish is a unique capability, both in Brazil and around the world.”

QuintoAndar describes itself as an “end-to-end solution for long-term rentals” that, among other things, connects potential tenants to landlords and vice versa. Last year, it expanded also into connecting a home buyers to sellers. 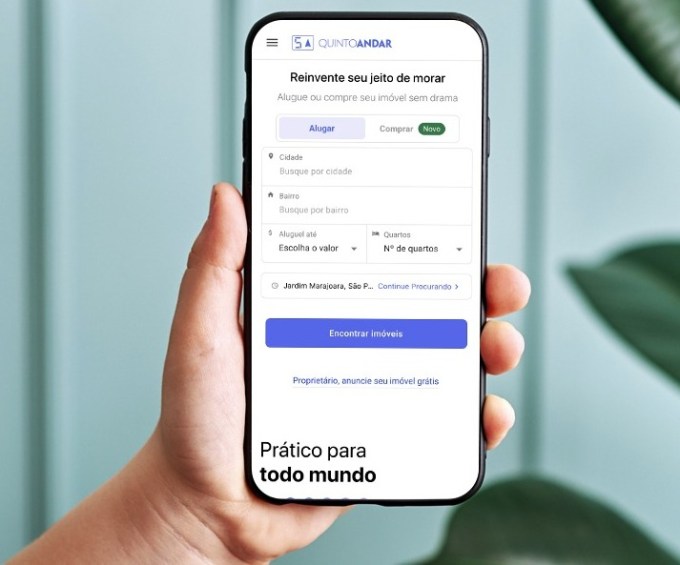 TC spoke with co-founder and CEO Gabriel Braga and he shared details around the growth that has attracted such a bevy of high-profile investors.

Like most other businesses around the world, QuintoAndar braced itself for the worst when the COVID-19 pandemic hit last year – especially considering one core piece of its business is to guarantee rents to the landlords on its platform.

“In the beginning, we were afraid of the implications of the crisis but we were able to honor our commitments,” Braga said. “In retrospect, the pandemic was a big test for our business model and it has validated the strength and defensibility of our binsess on the credit side and reinforced our value proposition to tenants and landlords. So after the initial scary moments, we actually felt even more confident in the business that we are building.”

QuintoAndar describes itself as “a distant market leader” with more than 100,000 rentals under management and about 10,000 new rentals per month. Its rental platform is live in 40 cities across Brazil, while its homebuying marketplace is live in 4. Part of its plans with the new capital is to expand into new markets within Brazil, as well as in Latin America as a whole.

The startup claims that, in less than a year, QuintoAndar managed to aggregate the largest inventory among digital transactional platforms. It now offers more than 60,000 properties for sale across Sao Paulo, Rio de Janeiro, Belho Horizonte and Porto Alegre. To give greater context around the company’s growth of that side of its platform: in its first year of operation, QuintoAndar closed more than 1,000 transactions. It has now surpassed the mark of 8,000 transactions in annualized terms, growing between 50% and 100% quarter over quarter.

As for the rentals side of its business, Braga said QuintoAndar has more than 100,000 rentals under management and is closing about 10,000 new rentals per month. The company is not profitable as it’s focused on growth, although it is unit economics are particularly favorable in certain markets such as Sao Paulo, which is financing some of its growth in other cities, according to Braga.

Now, the 2,000-person company is looking to begin its global expansion with plans to enter the Mexican market later this year. With that, Braga said QuintoAndar is looking to hire “top-tier” talent from all over.

“We want to invest a lot in our product and tech core,” he said. “So we’re trying to bring in more senior people from abroad, on a global basis.”

CEO Braga and CTO André Penha came up with the idea for QuintoAndar after receiving their MBAs at Stanford University. As many startups do, the company was founded out of Braga’s personal “nightmare” of an experience – in this case, of trying to rent an apartment in Sao Paulo.

The search process, he recalls, was difficult as there was not enough information available online and renters were forced to provide a guarantor, or co-signer, from the same city or pay rent insurance, which Braga described as “very expensive.”

“Overall, I felt it was a very inefficient and fragmented process with no transparency or tech,” Braga told me at the time of the company’s last raise. “There was all this friction and high cost involved, just real tangible problems to solve.”

The concept for QuintoAndar (which can be translated literally to “Fifth Floor” in Portuguese) was born.

“Little by little, we created a platform that consolidated supply and inventory in a uniform way,” Braga said.

The company took the search phase online for the first time, according to Braga. It also eliminated the need for tenants to provide a guarantor, thereby saving them money. On the other side, QuintoAndar also works to help protect the landlord with the guarantee that they will get their rent “on time every month,” Braga said.

It’s been interesting watching the company evolve and grow over time, just as it’s been fascinating seeing the region’s startup scene mature and shine in recent years.

European tech industry is on track to reach $100B invested in single year: The State of European Tech 2021 report