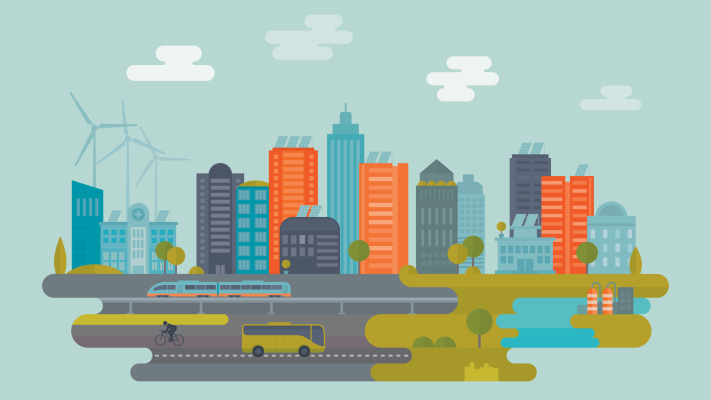 Retrofitting buildings to make them more energy efficient and better at withstanding climate change-induced extreme weather is going to be a big, multibillion-dollar business. But it’s one that’s been hard for low-income communities to tap, thanks to obstacles ranging from faulty incentive structures to an inability to adequately plan for which upgrades will be most effective in which buildings.

Enter BlocPower, a New York-based startup founded by a longtime advocate for energy efficiency and the job creation that comes with it, which has a novel solution for identifying, developing and profiting off of building upgrades in low-income communities — all while supporting high-paying jobs for workers in the communities the company hopes to serve.

The company also has managed to raise $63 million in equity and debt financing to support its mission. That money is split between an $8 million investment from some of the country’s top venture firms and a $55 million debt facility structured in part by Goldman Sachs to finance the redevelopment projects that BlocPower is creating.

These capital commitments aren’t charity. Government dollars are coming for the industry and private companies, from healthcare providers, to utility companies, to real estate developers and property managers, all have a vested interest in seeing this market succeed.

There’s going to be more than $1 billion carved out for weatherization and building upgrades in the stimulus package that’s still making its way through Congress.

For BlocPower’s founder, Donnel Baird, the issue of seeing buildings revitalized and good high-paying jobs coming into local communities isn’t academic. Baird was born in Brooklyn’s Bedford Stuyvesant neighborhood and witnessed firsthand the violence and joblessness that was ripping the fabric of that rich and vibrant community apart during the crack epidemic and economic decline of the 1980s and early 90s.

Seeing that violence firsthand, including a shooting on his way to school, instilled in Baird a desire to “create jobs for disconnected Black and brown people” so they would never feel the hopelessness and lack of opportunity that fosters cycles of violence.

Some time after the shooting, Baird’s family relocated from Brooklyn to Stone Mountain, Georgia, and after graduating from Duke University, Baird became a climate activist and community organizer, with a focus on green jobs. That led to a role in the presidential campaign for Barack Obama and an offer to work in Washington on Obama’s staff.

Baird declined the opportunity, but did take on a role reaching out to communities and unions to help implement the first stimulus package that Obama and Biden put together to promote green jobs.

And it was while watching the benefits of that stimulus collapse under the weight of a fragmented building industry that Baird came up with the idea for BlocPower.

Before conducting any retrofits to capture energy savings (and health savings, but more on that later), Baird says developers need to figure out the potential for asbestos contamination in the building; understand the current heating, ventilation and cooling systems that the building uses; and get an assessment of what actually needs to be done.

That’s the core problem that Baird says BlocPower solves. The company has developed software to analyze a building’s construction by creating a virtual twin based on blueprints and public records. Using that digital twin the company can identify what upgrades a building needs. Then the company taps lines of credit to work with building owners to manage the retrofits and capture the value of the energy savings and carbon offsets associated with the building upgrades.

For BlocPower to work, the financing piece is just as important as the software. Without getting banks to sign off on loans to make the upgrades, all of those dollars from the federal government remain locked up. “That’s why the $7 billion earmarked for investment in green buildings did not work,” Baird said. “At BlocPower our view is that we could build software to simulate using government records… we could simulate enough about the mechanicals, electrical and plumbing across buildings in NYC so that we could avoid that cost.”

Along with co-founder Morris Cox, Baird built BlocPower while at Columbia University’s business school so that he could solve the technical problems and overcome the hurdles for community financing of renewable retrofit projects.

Right before his graduation, in 2014, the company applied for a contract to do energy efficiency retrofits and was set to receive financing from the Department of Energy. The finalists had to go down to the White House and pitch the president. That pitch was scheduled for the same day as a key final exam for one of Baird’s Columbia classes, which the professor said was mandatory. Baird skipped the test and won the pitch, but failed the class.

After that it was off to Silicon Valley to pitch the business. Baird met with 200 or more investors who rejected his pitch. Many of these investors had been burned in the first cleantech bubble or had witnessed the fiery conflagrations that engulfed firms backed cleantech businesses and swore they’d never make the same mistakes.

That was the initial position at Andreessen Horowitz when Baird pitched them, he said. “When I went to Andreessen Horowitz, they said ‘Our policy is no cleantech whatsoever. You need to figure out how software is going to eat up this energy efficiency market’,” Baird recalled.

Working with Mitch Kapor, an investor and advisor, Baird worked on the pitch and got Kapor to talk to Ben Horowitz. Both men agreed to invest and BlocPower was off to the races.

The company has completed retrofits in more than 1,000 buildings since its launch, Baird said, mainly to prove out its thesis. Now, with the revolving credit facility in hand, BlocPower can take bigger bites out of the market. That includes a contract with utility companies in New York that will pay $30 million if the company can complete its retrofits and verify the energy savings from that work.

There are also early projects underway in Oakland and Chicago, Baird said.

“BlocPower is proving that it is possible to have commercial solutions that improve public health in underserved communities, create quality jobs and lower carbon emissions,” Anadu said. “We are so proud to have supported Donnel and his team…through both equity and debt capital to further expand their reach.”

These benefits also have potential additional revenue streams associated with them that BlocPower can also capture, according to investor and director, Mitch Kapor.

“There are significant linkages that are known between buildings and pollution that are a public health issue. In a number of geographies community hospitals are under a mandate to improve health outcomes and BlocPower can get paid from health outcomes associated with the reduction in carbon. That could be a new revenue stream and a financing mechanism,” Kapor said. “There’s a lot of work to be done in essentially taking the value creation engine they have and figuring out where to bring it and which other engines they need to have to have the maximum social impact.”

Social impact is something that both Kapor and Baird talk about extensively and Baird sees the creation of green jobs as an engine for social justice — and one that can reunite a lot of working class voters whose alliances were fractured by the previous administration. Baird also believes that putting people to work is the best argument for climate change policies that have met with resistance among many union workers.

“We will not be able to pass shit unless workers and people of color are on board to force the U.S. Senate to pass climate change policy,” Baird said. “We have to pass the legislation that’s going to facilitate green infrastructure in a massive way.”

He pointed to the project in Oakland as an example of how climate policies can create jobs and incentivize political action.

“In Oakland we’re doing a pilot project in 12 low-income buildings. I sent them $20,000 to train these workers from local people of color in Oakland… they are being put to work in Oakland,” Baird said. “That’s the model for how this gets built. So now we need them to call Chuck Schumer to push him to the left on green building legislation.”

Indian companies in the spotlight, here’s a look at the future of SaaS