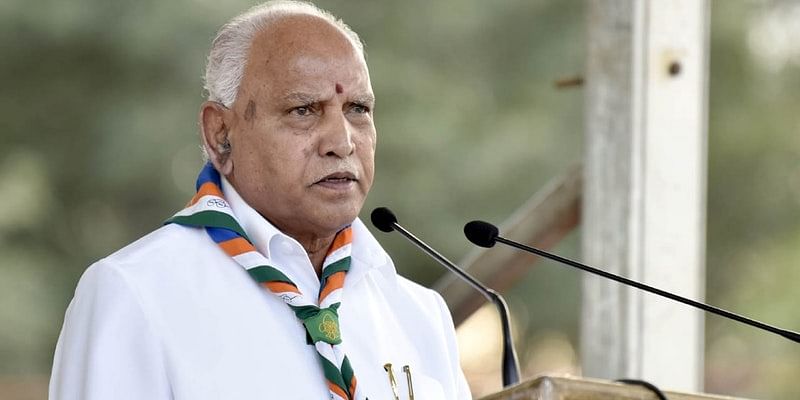 BS Yediyurappa on Monday announced his resignation as the Chief Minister of Karnataka as his government completes two years in office.

The 78-year old BJP veteran said he will submit his resignation to the Governor post-lunch.

“Don’t take me otherwise, with your permission… I have decided that after lunch I will go to the Raj Bhavan and submit my resignation as the Chief Minister to the Governor,” Yediyurappa said with a choked voice, as he turned emotional.

“Not out of grief, but with happiness,” he said, as he thanked Prime Minister Narendra Modi, Union Home Minister Amit Shah, and BJP National President J P Nadda for giving him an opportunity to serve as the Chief Minister for two years, despite completing 75 years.

There is an unwritten rule in the BJP of keeping out those above 75 years from elected offices.

The Chief Minister also said that he will work to strengthen the party and bring it back to power as per the expectations of the central leaders.

Yediyurappa was speaking at an event organised to mark his government’s two years in office at Vidhana Soudha, the seat of the state legislature and secretariat in Bengaluru.

During the speech, Yediyurappa termed his tenure for two years as “trial by fire,” recalling that he had to run the administration without a cabinet in the initial days, followed by devastating floods and coronavirus, among other issues.

It was reported that Karnataka Home Minister Basavaraj Bommai had emerged as a possible consensus candidate to replace Yediyurappa. Reports say that Bommai’s name was pitched by the chief minister himself, but the central leadership is looking at names like Pralhad Joshi, Murugesh Nirani, or CT Ravi.

How this entrepreneur pivoted to survive during the pandemic

What is Lead Generation? How such a concept changes the way of competitive business

Startups, Supreme, and soft-circling your way to an investment – TechCrunch

RentCheck raises $2.6M in seed funding to help renters get their security deposits back – TechCrunch

How to Win and Keep Customers as a Service Business