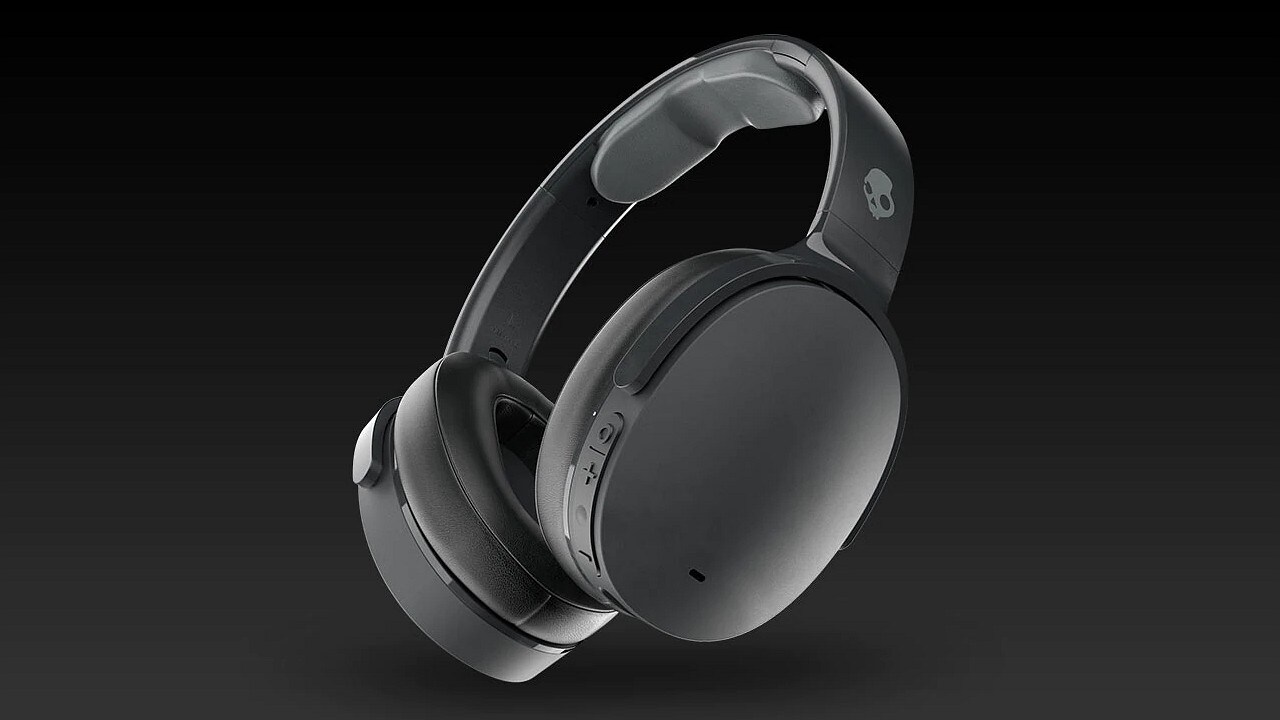 Comfortable to wear, easy to carry

Good battery life even with ANC on

No support for aptX or better codecs

ANC could have been better

No dust or splash resistance

Active noise cancellation (ANC) seems to be the buzzword these days for a lot of audio manufacturers trying to bring it to the masses. Several budget wireless earphones these days priced under Rs 5,000 boast of this technology. The good old over-the-ear headphones don’t want to be left behind, and Skullcandy has strived to bring ANC to its new wireless headphones priced close to Rs 10,000, while not sacrificing on comfort and battery life. Let’s figure out how they fare. The Skullcandy Hesh ANC is fairly compact for an over-the-ear headphone, but solidly built, with good quality plastic used predominantly. The nicely cushioned ear-cups house a pair of 40 mm drivers. The right ear-cup hosts all the physical buttons and connectors that include the play/pause button, which doubles up as a power switch, volume rockers that let you jump to the previous or next track with a long press, and finally, a toggle for ANC and Ambient mode.

The right ear-cup hosts all the physical buttons and connectors that include the play/pause button. Image: Tech2/Ameya Dalvi

You also get a USB-C port for charging these headphones, and a 3.5mm jack to plug in the bundled aux cable and use it as a wired headphone in case it runs out of battery. You have a metal strip stretching across the headband to lend it some sturdiness. The ear-cups are foldable and rotate by up to 180 degrees. You can fold them, tuck them away neatly in the bundled pouch and carry them around.

The ear cups are nicely padded and exert just the right amount of pressure, and at the same time hold the earphones firmly in place. Image: Tech2/Ameya Dalvi

The Skullcandy Hesh ANC may have a smallish footprint, but the ear cups are just the right size to go over your ears (over my ears, at least). It fits well on the head without any discomfort. The ear cups are nicely padded and exert just the right amount of pressure, and at the same time hold the earphones firmly in place. You may feel its presence for a minute or two, but you’ll eventually forget about it and let it do its thing. It weighs less than a quarter of a kilo.

You may feel its presence for a minute or two, but you’ll eventually forget about it and let it do its thing. Image: Tech2/Ameya Dalvi

If you haven’t used large on- or over-the-ear headphones before, these might take a little getting used to. They don’t cause much ear fatigue even after a couple of hours of continuous listening, but things tend to get a little sweaty inside, and you will need to take them off for some time and give your ears a break. It is always a good practice to give your ears a break every hour or two, irrespective of which earphones/headphones you use.

Before we jump into the sound quality, a quick look at some other features that impact the overall performance of these headphones. The wireless range on these Bluetooth 5.0 headphones is quite good, and easily exceed the 10-metre mark with a clear line of sight and a little over 6 metres with a concrete wall between them and the source device. The codec support on the Hesh ANC is limited to just SBC and AAC. Despite its Rs 10,000+ price tag, there is no support for Qualcomm’s aptX or Sony’s LDAC codec. There is no IP rated dust or splash resistance either, so wearing them to the gym may not be a smart idea.

As the name suggests, you get active noise cancellation here, but it is serviceable at best, and nowhere close to the best I have come across (think Sony WH-1000XM4). Then again, the Sony sells for thrice the price. A combination of ANC and passive noise isolation does reduce certain low- and mid-frequency sounds, but lets a lot of other sounds through, especially in noisy outdoor environments. I expected it to do better than that, even at this price point. You can toggle between ANC on and off by pressing the button once, and between ANC and Ambient mode with a double press. Ambient mode lets outside noise filter through when you need to be aware of your surroundings. Strangely, there was little difference between Ambient mode and ANC off.

Moving on to the audio quality, the sound signature here can be broadly described as V-shaped. In simpler terms, the low- and high-end frequencies are boosted a bit for a good balance between bass and sharpness. The lows get a preferential treatment here, the bass is reasonably tight with ample punch and not as pronounced as in case of Sony’s XB (Extra Bass) series of headphones. The highs, too, have a good amount of sharpness without sounding overly bright. The mids reproduction is comparatively weak, but not overly masked. Vocal clarity is more than decent for most parts, but the instrument separation is average.

You need to push the volume as high as 90 percent for normal loudness that several headphones achieve around the 60-70 percent mark. Image: Tech2/Ameya Dalvi

The soundstage is not too broad, but not crammed either. Neither ANC nor Ambient mode negatively impact sound output, which is good, but it’s best to keep ANC on for most of the time as battery life is pretty good here. The Skullcandy Hesh ANC isn’t among the loudest headphones I have come across. You need to push the volume as high as 90 percent for normal loudness that several headphones achieve around the 60-70 percent mark. Having said that, the loudness never feels inadequate even when outdoors, and the sound output doesn’t crack even at peak volume, which is good.

Engaging in voice calls is not something most people intend to do with over-the-ear headphones, but it’s a feature that must be tested, nonetheless. And let’s face it, if you get a call when listening to music, you don’t want to take off the headphones and switch to the phone earpiece to answer it. In case of the Hesh ANC, you may have to do it at times when you’re outdoors, because it picks up a lot of ambient noise. You can hear the person on the line clearly even in a noisy area, but your voice isn’t relayed as clearly. When indoors, things are noticeably better, but the microphone quality is still not great.

The company claims a battery life of 22 hours with ANC on, and close to 30 hours with ANC off. With ANC on all the time, I managed to get something between 18 to 20 hours with volume close to 90 percent at most times. At just under three hours of usage per day, it lasted close to a week before I had to go looking for a charger again, which is quite good. It supports fast charging, too, and 10 minutes of charge can give you close to 3 hours of audio playback, which is impressive.

I didn’t clock it to the last minute, but I could charge it fully in well under two hours with a fast charger, which is not bad at all. And there’s something interesting I noticed about the Skullcandy Hesh ANC headphones. If you pause the music for 10 to 15 minutes, they tend to switch off automatically, which is normal. However, if you simply turn off Bluetooth on the paired device, these headphones do not switch off for hours or days till they are totally out of battery, which is quite unusual. Something that could have been fixed with a firmware update, but since there is no companion app here, that won’t be so easy to accomplish.

The Skullcandy Hesh ANC is priced at Rs 10,999 with a one-year warranty and can be purchased on popular e-commerce platforms as well as on the company’s website. For this price, you get a reasonably compact but comfortable pair of wireless headphones with enjoyable sound, functional active noise cancellation and excellent battery life. As for alternatives, if ANC is important to you, I cannot think of many alternatives from reputed brands that offer the feature at this price point. The Sennheiser HD 450BT is probably the closest but sells for Rs 3,000 more, and occasionally drops close to the Hesh’s price during online sales.

However, if you can live without average quality ANC (and save Rs 5,000), you can get the Sennheiser HD 350BT for almost half the price. It not only sounds better, but also supports aptX codecs and offers close to 30 hours of battery backup. A smarter buy in my opinion.