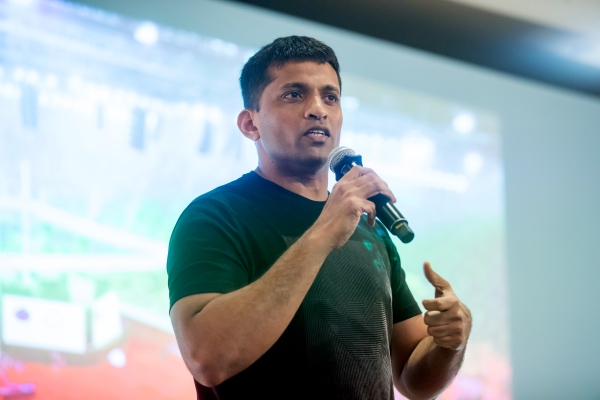 Byju’s, India’s most valuable startup, has eliminated over 600 jobs in recent days and pushed back on payments for a $1 billion acquisition it announced last year.

The Bengaluru-headquartered startup, valued at about $22 billion, has cut over 300 jobs at Toppr, an online learning startup it acquired last year for $150 million, and another 300 jobs at WhiteHat Jr, a kids-focused coding platform it acquired two years ago for $300 million.

The development follows Byju’s extending the deadline for making parts of the payments for a ~$1 billion acquisition of Aakash, a 34-year-old chain of physical coaching centres, it announced over a year ago, according to a person familiar with the matter. The Morning Context first reported about the payment delay.

In a statement, a Byju’s spokesperson said the startup was on track to make the payments by the “agreed upon” date in August.

“Along with all our group companies, we continue to be perfectly poised to provide access to quality education in all learning segments from early learning to exam prep and career success,” the spokesperson added.

For the layoff at Toppr, the edtech giant confirmed the development, adding it had “completed the integration of Toppr and has absorbed almost 80% of its talented workforce into the Byju’s ecosystem.”

“As the next step, we are optimizing teams to recalibrate business priorities and accelerate our long-term growth,” the spokesperson added.

The company also confirmed the layoff at WhiteHat Jr, but declined to reveal just how many employees were impacted at either of the startups it acquired. Entrackr first reported about the layoff at Toppr.

Byju’s, which has spent $2.5 billion acquiring about a dozen startups in the past one year and a half, declined to say whether more layoffs are in the works or planned for the immediate future.

The Wednesday development marks the latest in a growing series of layoffs among Indian startups.

Jobs of about 11,000 employees in India have been eliminated this year due to the market correction (or so has been the single most popular excuse), according to estimates.
Investors in India, as is the case elsewhere, have significantly slowed the pace of their investments as tech stocks globally fall to a level not seen in recent years.

A simple, value-oriented workhorse of a display for professionals- Technology News, FP