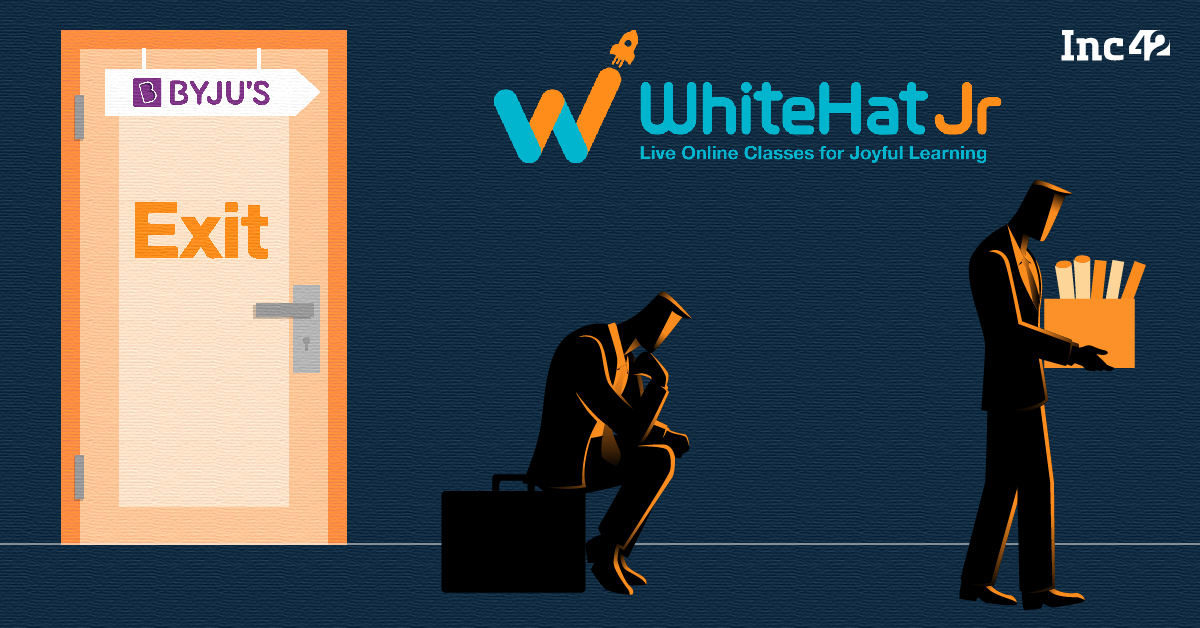 According to another source, the number of impacted employees could go as high as 600

According to the Inc42 layoff tracker, 10,538 employees have been laid off by Indian startups this year.

BYJU’S owned WhiteHat Jr has laid off around 300 employees in its latest attempt to cut costs. The startup began the layoff exercise last week and his trimmed workforce across verticals including sales, marketing, operations, among others.  However, we have been informed that the sales and marketing team were the worst affected.

Sources informed Inc42 that the management has cited business restructuring as the reason behind the layoffs.

Impacted employees were asked to submit their office laptops and IDs on the same day. Another source has hinted that the layoffs could be as high as 600, as the company is still in the process of laying off more employees.

A WhiteHat Jr spokesperson confirmed the development to Inc42 without revealing the number of employees impacted.

The spokesperson said, “WhiteHat Jr is focused on providing quality education to young students while continuing to build a strong business. To realign with our business priorities, we are optimizing our team to accelerate results and best position the business for long-term growth. WhiteHat Jr continues to put students first and invest in building a high-quality teacher’s network.”

The development has come almost a month after Inc42 exclusively reported that around 1,000 senior level employees had resigned after they were asked to rejoin office within a month’s time. Back then, sources had informed us that this was the company’s attempt to cut costs.

In conversation with Inc42, couple of sources informed us that many of the employees who had shifted back after the company’s notification or had recently joined WhiteHat Jr were also impacted in the current cycle of layoffs.

The laid off employees will be offered one month’s salary as a severance package, a source added.

One of the persons requesting anonymity said that it is likely that in months to come, BYJU’S will completely absorb WhiteHat Jr, as the latter has exhausted the capital and is unable to run its operations.

India’s most valued edtech unicorn – BYJU’S – acquired WhiteHat Jr in 2020 in a record breaking deal to the tune of $300 Mn in a bid to increase its product portfolio and also to leverage WhiteHat Jr’s international presence to strengthen its own foot hold in the foreign market.

Unlike 2021, the year 2022 hasn’t started on a sweet note for the Indian startup ecosystem. While last year India produced 42 unicorns, this year the ecosystem is plagued with layoffs across sectors. The edtech sector which saw a meteoric rise in the past two years due to prolonged lockdowns and educational institutes being shut to contain COVID-19, had reported the highest number of layoffs.

In the edtech space, 9 startups have conducted layoffs impacting 2,403 full time employees (including WhiteHat Jr). The number would further increase if we also include the resignations that took place at WhiteHat Jr in the month of April.

Edtech unicorn Unacademy and Vedantu both have laid off employees citing business restructuring. The space further saw two startups – Udayy and SuperLearn shutting operations. While Lido had laid off a large part of its workforce after its funding round fell through.

According to the Inc42 layoff tracker, 10,538 employees have been laid off by Indian startups this year.

[Techie Tuesday] From earning Rs 7,500 at Dell to building an $18M company, the story of Ambee Founder Madhusudhan Anand