The Gurugram-headquartered startup has raised $37 Mn in fresh funding from Quiet Capital, Anthemis, Sequoia, Foundamental and others

LocoNav’s founders claim that fleet management industry is currently fragmented with customer-relevant services being offered in silos, which LocoNav is looking to disrupt 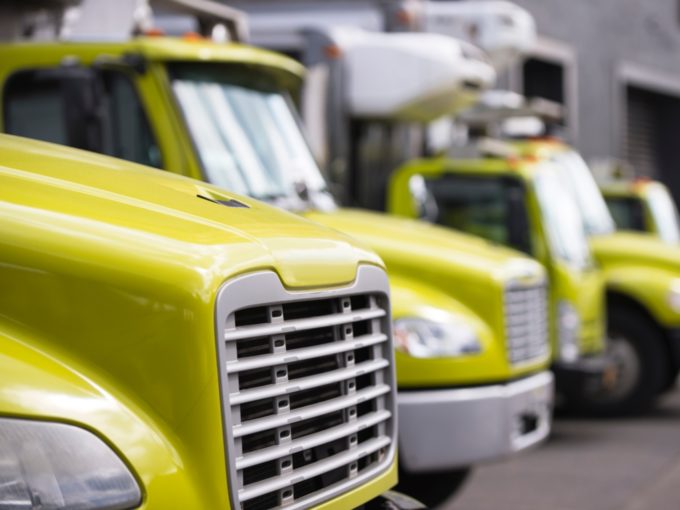 Fifteen months after the pandemic threatened to wipe out business value and growth everywhere, things are seemingly coming back on track. One of the major indicators of this is the Google ‘Community Mobility Report’, which aims to provide insights into how movement of people, fleets of cars and other transport has changed.

After a huge drop in April and May, visits to nearly every place of interest have grown, including visits to workplaces and more — indicating just how quickly things have revived after the second wave in India. Even though the overall movement is well under the baseline, things are rapidly changing and movement of people and vehicles will once again pick up pace, the data indicates. Capitalising on this revival at an early stage will be critical and fleet management tech startup LocoNav is looking to do just that with its $37 Mn Series B round, announced today (June 29).

With a valuation of over $5.4 Bn, Samsara has become something of a rockstar in this domain, being led by cofounder and CEO Sanjit Biswas, who had previously founded Meraki, which was acquired by Cisco way back in 2012 for $1.2 Bn.

The San Francisco-based unicorn reported an $300 Mn in run-rate subscription revenue in just five years, with more than 80% annual growth in 2020-21. The company works with some of the biggest players in the market such as Uber, Ford, Volvo as well as a number of local governments. And that’s the target audience that LocoNav is going after, according to cofounder Vidit Jain. “Anyone who runs a vehicle or fleet for a commercial purpose is our target customer. This could be any kind of fleet — from trucks to cabs and even tractors and infrastructure vehicle equipment,” he added.

Founded in 2016 by Vidit Jain and Sridhar Gupta, the startup has previously raised $10 Mn in prior rounds from Sequoia and Foundamental. The total amount raised by LocoNav now stands at around $47 Mn. LocoNav’s core idea is that fleet owners and drivers require a single platform to access vehicle performance metrics, get visibility on various aspects and challenges in running a fleet, and automate part of the operation through deeptech. It claims to be used by over half a million commercial vehicle and fleet owners.

Jain claimed that the fleet management industry is currently fragmented with customer-relevant services being offered in silos. LocoNav’s SaaS platform includes solutions like LocoDrive, which helps manage drivers; LocoADAS, a video telematics and driver safety solution which harnesses on-board diagnostics, as well as LocoPay, which is a toll and prepaid cards payments solution built around standards such as FASTag. Finally, the company also offers LocoRTO, which helps fleet managers and operators automate compliance management.

The LocoNav founders believe that the income impact due to the pandemic has made it worse for small fleet owners who did not have access to technology. Some of this technology has also become prohibitively expensive for the business owners, especially due to logistical challenges. “Each commercial vehicle is a business in itself with its own P&L. Every mile it travels brings revenue, but with an associated cost,” said Jain.

LocoNav said the funds raised will be utilised to improve the data science behind the recommendations and insights offered to the fleet operator. It has plans to increase its team size across its offices in Gurugram, San Francisco and Bengaluru. “The next two years will be focused on building solutions that reduce fleet running costs by up to 50% and drive a positive impact on climate sustainability,” added cofounder Gupta.

The latest round for LocoNav also saw participation from the likes of former Facebook director and prominent angel investor Anand Chandrasekaran, Anjali Joshi (former product VP at Google), Manik Gupta (ex CPO at Uber), among others. “LocoNav has built an end-to-end product that becomes deeply embedded in how fleet owners and operators run their business. As a result, LocoNav has been able to scale rapidly through word of mouth, allowing the company to become a hyper growth market leader while also being very capital efficient,” said David Greenbaum, partner at Quiet Capital.

The founders added that currently LocoNav’s customer base is spread across 25 countries, and now the plan is to take the success of the Indian market to other developing economies and emerging markets, and establish a local presence there. The startup hopes to build additional partnerships and channels and is also eyeing a few strategic acquisitions.

Globally, a number of fleet management platforms are vying for a piece of the market, besides Samsara. This includes the likes of Verizon-owned Fleetmatics and  Swiss startup Avrios. In India, the company competes with the likes of FleetX, which caters to 1,000 customers and claimed last year to be growing at 20% month-on-month (MOM). The company’s client base includes both mid to large fleet owners and enterprise shippers. It raised $3 Mn in a Pre-Series B round last year from Singapore-based BEENEXT and India Quotient.

Last year, the lockdowns had an adverse impact on the company’s business. Gupta said that the daily average movement of trucks and distance covered dropped to 20% during the lockdown. “Initially, restrictions on inter-state movement did impact the industry, but subsequently as regulation changed we have seen strong recovery across the board – both in small and large fleets,” he claimed.

The IoT fleet management space is growing in popularity due to the changing nature of industrial operations with a heavy reliance on automation, and the fact that data from fleet operations can be used for other sectors such as ecommerce, retail, logistics and more. The global IoT fleet management market size is estimated to have exceeded $16 Bn in 2020 and is expected to grow at a CAGR of over 15% from 2021 to 2027 to reach $45 Bn in market size.

All these solutions have come up in the light of the changing market, where visibility of mobile assets and efficient operations is a key success factor for fleet operators, who have been stretched due to the pandemic.

How to Choose The Right Small Business Ticketing System

7 Things I Wish Someone Told Me in the Beginning: Mistakes Beginner Entrepreneurs Make