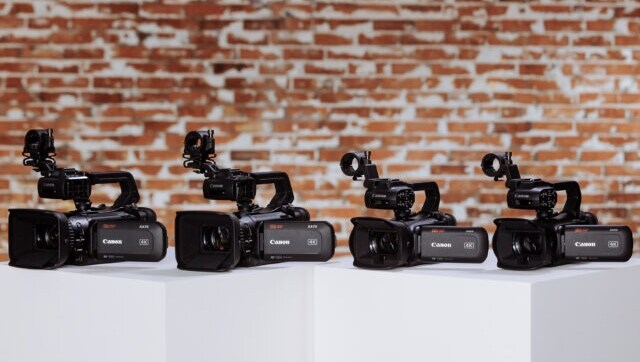 Canon announced the launch of four new professional camcorders under their XA series, the compact and lightweight XA65 and XA60, and the high-image-quality XA75 and XA70. The newly announced XA75 and XA70 models inherit the same high performance of their predecessor models while adding new support for UVC or USB Video Class communication protocol that enables video transfer via USB connection. With this new feature, the cameras are better suited for use in the increasingly popular field of live streaming, budget filmmaking and content creation.

The large sensor enables the capture of videos with great background blur and bright, high-sensitivity recording with minimal noise in low-light environments. Thanks to Canon’s Dual Pixel CMOS AF technology, the XA75/XA70 have smooth autofocus and subject tracking during shooting. Even during 4K shooting, intuitive touch panel operations allow users to focus quickly and accurately.

The XA65 and XA60 on the other hand, are equipped with a 1/2.3-inch CMOS sensor and a DIGIC DV 6 image processor, along with a 4K-compatible 20x optical zoom lens, all in a compact and lightweight body which weighs approximately 750gm.

The camera supports 4K shooting at 30fps across the entire zoom range – from approximately 29.3mm at the wide end to approximately 601mm at the telephoto end. What’s more, the data from the 4K sensor can also be utilized for Over Sampling HD Processing to record high-resolution full-HD 60fps video.

These new cameras are the first in Canon’s XA series to feature UVC compatibility, which allows high-image-quality streaming with just a single Type-C cable. In addition, the cameras are equipped with a large and bright electrostatic capacitance-type LCD touchscreen monitor, measuring 3.5-inches and 2.76 million pixels, as well as a 0.36-inch, 1.77 million pixels tilted EVF for improved visibility during outdoor shooting. There is also a digital zoom function for greater zoom range and a “text overlay” on-screen display function that displays information such as the date and timecodes overlaid on captured visuals.