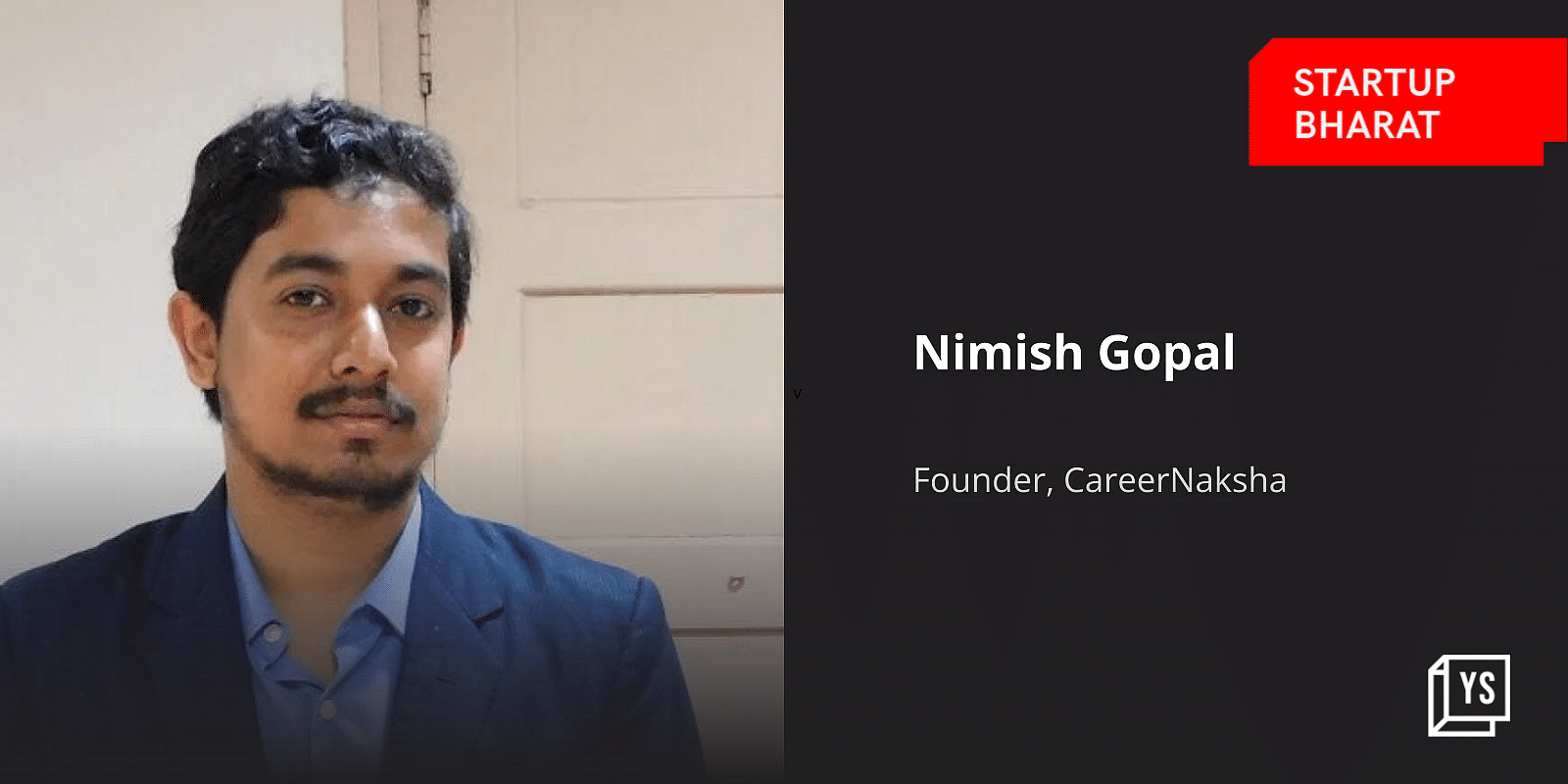 In retrospect, Nimish Gopal found that his entire career path had been decided by external forces approximately fifteen years ago. An invisible law seemed to exist – toppers opt for science, and based on the combination they picked, they chose careers in medicine or engineering.

Drawing from this experience, Nimish quit his Silicon Valley job and founded CareerNaksha in 2018. Today, the company is able to provide  a personalised, data-driven, psychometrics-based career counselling to anyone who would require it. It has a specialised focus on tier III cities and beyond.

Thus far,  has worked with more than 5 lakh students in the last four years, with nearly 95% of its users situated in non-metro areas and government schools in Gujarat,

“As an organisation if we want to scale up and capture the market what we need to do is partner with the right kind of people who understand the market, delivery, and who are competent in career counselling,” says Nimish.

This is perhaps what led CareerNaksha to take on Maulin Shah as a co-founder in 2020. From having 2 employed counsellors in 2018, it has 3500 career counsellors who are trained and certified by Counsellors Council of India (CCI) working at the company. Now, the edtech startup claims that it is witnessing a 10% month-on-month growth in users.

The bet on smaller cities

Part of the strategy at CareerNaksha is experimenting with multiple business models. Nimish found that parents in metro cities behave differently than those in other parts of the country. In metro cities, parents tend to be well aware of counselling and are picky, he explains.

“But when we go to government schools and tier III, tier IV cities, the opportunity is huge. So that is how we have been segmenting our business models,” says Nimish.

In keeping with this focus, CareerNaksha offers its tests in local languages. This test developed by it, is based on a free database called Occupational Information Network (O*NET) which contains hundreds of job definitions to help students, job seekers, businesses and workforce development professionals to understand the kind of jobs available.

After the students receive their results, they have the option to approach counsellors to discuss possible career opportunities available to them with their skill set, and interests.

Besides this, CareerNaksha also maintains partnerships with NGOs and government schools, and sets up seminars in these spaces to raise awareness about the various career options out there.

The test helps students recognise their aptitude, capabilities, and interests. “We developed the psychometrics test taking into account the O*NET framework and the Indian context and then we published our research, and commercialised the psychometrics from school standard to professionals,” says Nimish.

According to Nimish, once the students receive clarity on what they would want to do, they can plan their careers accordingly and take up these upskilling courses. To further aid in getting the right industry experience, it also gives students access to its internship programmes.

As for those interested in becoming career counsellors themselves, the startup trains individuals to become counsellors in partnership with CCI and National Career Services.

Career Counselling is a largely unorganised space.  India needs career guidance to confront, manage and combat the Great Indian Talent Conundrum (GITC) and build the most competitive knowledge-based economy and society in the world, says a report by iDreamcareer.

Given this dire need for organisation, several startups in India are looking for the right solution. CareerNaksha today faces competition from companies like Expertrons, Career Guide, ProBano, and Mindler.

Breaking through in this space isn’t the toughest nut to crack. According to the same report, it is also the reason why this space has lately seen a proliferation of startups, since the barrier of entry is so low.

But it appears that CareerNaksha is focused on keeping things on track. “We want to touch Rs 1 crore in revenue per month in the short term. We also want to grow our community of counsellors and aim to cross 35,000 which is 10x growth. We also want to increase our profitability by 20%,” says Nimish.

CareerNaksha claims that its revenue has grown 50% month-on-month in the past year. The Vadodara-based startup also has offline centres in cities including Jamnagar, Ahmedabad, Surat, Jaipur, Bangalore, Delhi (Rohini & Dwarka), Faridabad, Panchkula, Chandigarh, Mumbai, Indore, and Bhopal. These are run by franchise partners.

These 7 startups from Bharat started during the pandemic

Ola to scale down food business, integrate it with instant grocery service