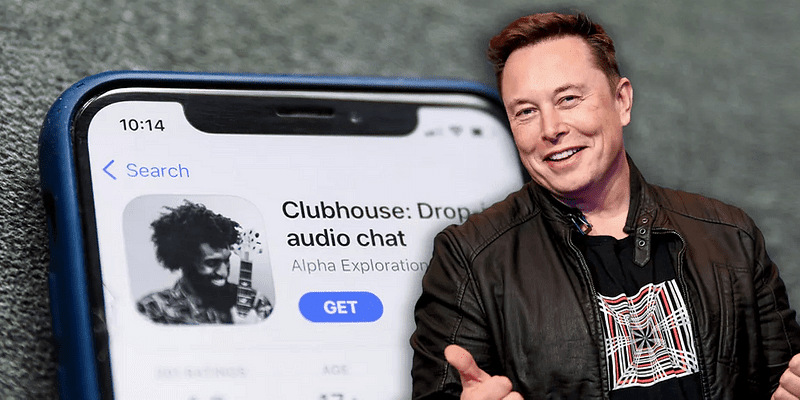 On Feb 1, Musk made a “wild” debut on The Good Time Show, a late-night chat hosted by Andreessen Horowitz General Partner Sriram Krishnan (and his wife Aarthi Ramamurthy). Incidentally, a16z is also an investor in Clubhouse and is said to be the driving force behind its meteoric growth towards unicorn status.

Interestingly, Clubhouse’s appeal has now expanded beyond the US. App Annie estimates that 2.6 million downloads of the app were in its home market, while the rest came from other territories, with people hustling for invites to join the buzzing platform.

Clubhouse might be the first startup to achieve unicorn status while in beta. The app is expected to have a wider launch in a few months and also open up to Android users. In an earlier townhall, Clubhouse founder Paul Davision had revealed that the app’s weekly active users had crossed two million in January.

The incredible popularity of Clubhouse has also given a boost to the overall social audio ecosystem, with a plethora of local and global rivals as well as vertical-specific live audio apps (sports, travel, culture, health and wellness, etc.) gaining ground.

Some of these include Quilt, Locker Room, Dizhua, Tiya, and Yalla among others. Even Twitter recently launched its Clubhouse equivalent Twitter Spaces. Facebook is reportedly building a competitor in the audio space too.

“The popularity of Clubhouse has led to a larger trend with competitive social audio apps popping up all over the world. Many of these apps have been around for months if not years [but their growth is only recent],” App Annie explained in its findings.

[Funding alert] IPO-bound OYO raises $5M from Microsoft at a valuation of $9.6B